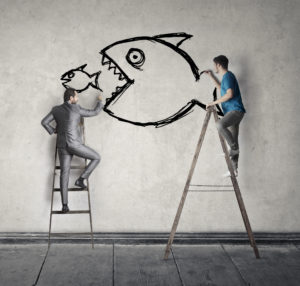 Mergers and acquisitions (M&A) continue to represent one of the preferred tools for companies in the pharmaceutical and life sciences sectors to create new business opportunities, consolidate their pipelines, and create value for investors.

After a decline in the number of deals in Q1 2018, the second quarter of the year saw a meaningful increase of operations close to the levels of 2016-2017, according to the report from PwC “Global pharma & life sciences deals insights: Q2 2018” .

The megadeal that saw Takeda acquiring Shire for a total value of $ 81.7 billion spiked the +200% increase in volume observed for the pharmaceutical sector in Q2 vs Q1 2018. Other important operations involved Novartis’ acquisition of AveXis for $ 8.7 billion and Celgene’s acquisition of Juno Therapeutics for $ 9 billion.

A feature of M&A that is often overlooked when evaluating the total deal value is the role and contribution of the brands involved. It is a prominent role that should be correctly addressed at the beginning, to avoid possible drawbacks and failures due to brands’ incompatibility. We spoke about how to deal with brands and their value during the M&A process with Helen Westropp, managing partner at London-based branding stalwart, Coley Porter Bell.

A high risk of failure

“2018 looks to be a bumper, if not record-breaking year, for global pharma M&A,” says Westropp. “The pace and intensity of these acquisitions reflect a category in which sustainable innovation capabilities and success are hard to identify, maintain, and manage in the long term. It’s worth noting that historically, close to 90% of M&A deals never get off the ground. And seven in 10 fail to create long-term shareholder value,” she adds.

Last-generation innovation models are focused on research activities being concentrated within academia or small biotech companies. Thes latter are often acquired by big pharma companies once the projects reach the proof-of-concept stage.

A recent example of this comes in the form of Denmark-based Novo Nordisk’s acquisition of Ziylo, a small UK biotech company spun out of the University of Bristol that developed a synthetic glucose binding molecules platform.

“It is an unusual deal that could eventually be worth more than $ 800 million if a series of milestones are met,” says Westropp. “It’s a striking example of a trend that’s set to grow, namely, high-stakes partnerships between stalwart incumbents and disruptive minnows”.

Competitive service providers within the same fields are also looking to gain more market share and benefit from the synergies inherent in a partnership or merger, adds Westropp. While pharma and biotech companies work toward the same basic objectives, they are very different in nature.

Biotechs are often smaller and more flexible than pharmaceutical companies, and possess a great ability to expand things quickly,” insists Westropp, adding: “Their most coveted assets tend to be their scientific minds and proprietary technology. When they come to these mergers, pharmaceutical companies contribute to the partnerships mainly with regulatory, sales and marketing expertise”. But how is brand usually considered during M&A deals?

The current approach to managing brands during M&A

The way brands are managed during mergers and acquisitions depends on whether the deal is a hostile takeover or a friendly deal, according to Westropp. “Most of the time,” she says, “the focus is on things they are looking to gain from a business point of view. Most mergers in pharma and biotech seem to be about expertise, pipeline, portfolio synergies, portfolio expansion, or market share.

“You have huge amount of due diligence on financial balance sheets and legal aspects, and yet, brand, and brand strategy, are either overlooked or evaluated only when the deal has almost gone through. This is symptomatic not just of the biotech industry, but of most business-to-business sectors. I think it is symptomatic of the fact that within B2B, brand is still something people are only recently starting to properly understand. In the consumer sector, this has been understood for a long time”, Westropp tells NCF.

The importance of culture and soft elements

One of the key disruptive elements in the M&A sector is culture, adds the branding expert. “If you think about the differences that are likely to be in culture between a large, established pharmaceutical company and a small, nimble, biotech company, they are potentially quite different. We believe the process of due diligence is the ideal time to consider the real worth of soft factors such as brand and culture,” she says.

According to a research from KPMG, about 92% of M&A clients admit their deal would have been more successful if they had a better cultural understanding before the merger. “That’s why looking at brand, and soft elements around brand, is of huge importance early on in a merger deal. You have to understand the more subtle items within the deal that can be deal breakers.

“We often see brands that were the very reason for the initial acquisition weakened or destroyed because of a lack of understanding of what the brand stood. So often the focus is on their financial worth alone,” says Westropp.

The points for a successful deal

To achieve partnership ‘bliss’, thus, each party must understand the other’s business at all levels. The value proposition brought by each to the table is also a factor sometimes overlooked, according to Westropp. “Importantly,” she says, “these subtle nuances can ultimately make or break a deal”.

Many of the risks associated with piecing together the brand puzzle during M&A stem from a need to homogenise different organisational structures and ways of working, and to re-engage employees who have different ways of doing thing. “Companies may have fast cultures or slow cultures. You need to focus on long-term sustainability vs short-term profit. Very often you find that the approach might be quite different. This tends to be one of the most common reasons for failed mergers. Are they top-down, hierarchical, formal organisations? Or are they an informal organisation?”, says the expert. The first model is typical of traditional big pharma companies, while smaller entities tends to be very informal.

Another important point that impacts on brand management during M&A deals is whether the value is placed on the acquirer or the acquired. “It seems to me, given the current growth of the sector, that another danger might be a sense of self-fulfilling prophecy. The more companies that are bought and sold within one particular group, the greater the complexity of any potential restructuring, and therefore the more likely it is that a CEO will seek more acquisitions, rather than trying to build a truly joined up coherent group.

“Because of time constraints, one thing we see often is that after the the deal is done, the focus goes elsewhere. A lot gets forgotten about, because of the length of time you need to close the deal and to really sort everything out. It is very difficult to get organisations to really focus on that longer term perspectiv,” adds Westrop.

An important risk factor is thus the drive for short-term cost-cutting or synergies rather than answering the critical question: ‘When we actually own this asset, what are all the ways we can create value with it?’.

The problem is identifying how the brand fits with the portfolio and how it can be further developed. “Companies are very often unaware there is a big danger they will end up destroying the very reason they bought the brand in the first place,” warns Westropp. This goes hand-in-hand with the risk of missing untapped growth opportunities of the acquired brand, or the combined brands, to provide long-term growth and benefit.

Loss of staff must also be taken into account but is often overlooked in M&A deals according to Westropp, as employees may feel distrustful, disillusioned or disenfranchised. The opportunity to leverage and commercialise the acquisition is another point requiring consideration, due to the many remaining risky and time-sensitive regulatory issues and patent limitations. “Again, time tends to be the essence in a lot of these mergers, but that does not necessarily means companies get the time to consider all the facts they would really need to consider,” she says.

How to manage overlapping or competing brands

Making clear the motives behind the M&A are fundamental to properly address this sort of issue. Sometime the reason for buying a competing brand is to kill it; sometimes it is because they have something that is slightly lacking in their own brand. “It’s not possible to just force brands to fit together, that never works. I think the most important thing is to look at the vision you want for your brand portfolio,” says Westropp.

This must work in conjunction with timing to achieve the requisite portfolio, and the valuation of the brand within this portfolio. “Does the brand you have acquired have more brand value that others you have already got? Or vice-versa? If you actually put the two together, can you create a significantly greater brand value? Many different options are possible: you could back the strongest brand over the other(s), you can keep both, you could create something new, you could divest one, create an endorsement strategy,” explains the managing partner of Coley Porter Bell.

No less important is the differing brands and logos, the latter being much more than a simple visual assett. According to Mrs Westropp, in business-to-business contexts, and while dealing with non marketing people, often there’s a confusion between the two terms. “A logo is not a brand: it’s part of a toolkit to help grow the brand, and the personality of the organisation. A real brand has a proper sense, a core idea and purpose, a proper proposition. Notwithstanding, it has some values. It has a logo as well, but a logo is just a visual expression of what that brand is, its sense”.

The creation of a new brand identity for the company implies what the value proposition for customers, stakeholder, and employees is, and how to express it. “It certainly goes through logo, but it goes through the personality, culture, behaviour, visual elements (logo, imagery , colours, typefaces …), tone of voice you use, where you use it to communicate and how. All these things make up a brand and the perception of a brand”, is the conclusion of Helen Westropp. “Despite the current failure rate for M&A, the outlook needn’t be so grim. The key is to bring the brand into business strategy discussions in advance of the deal and carry it forward well past the transaction itself into genuine integration. Incorporating brand at all phases of a merger, from discussions to implementation to integration, undoubtedly forces difficult discussions and decisions but it ensures that people act in direct response to their business strategy and their unique position in the market».