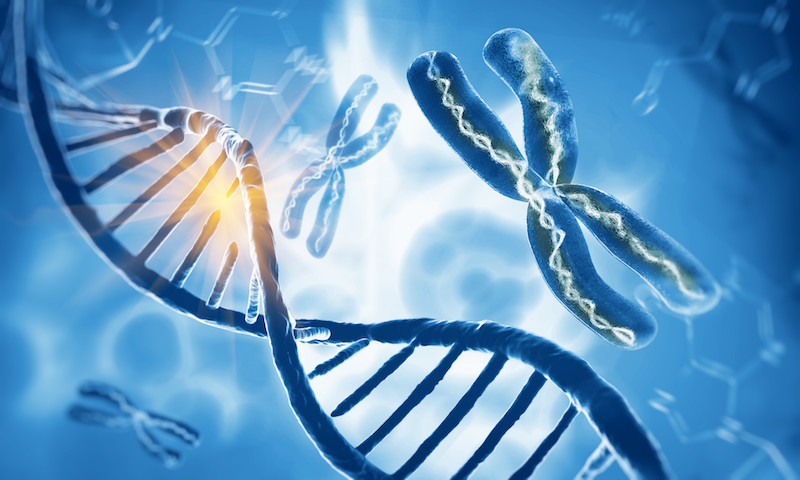 The new “Industrial Biotechnology Strategy to 2030” is just one of the many new initiatives recently announced in UK in the field of biotechnology and innovation, with the more general target to increase the competitiveness of the country on the global scenario. A new R&D innovation center for the manufacturing of small molecules will be built in Scotland, while the creation of innovative bioscience companies will be supported by the new £ 2.5 billion British Patient Capital fund launched by the British Business Bank. Finally, UK government announced a £ 1.3 billion investment to attract and retain world-class talents as a fundamental part of its Industrial Strategy.

The National Industrial Biotechnology Strategy to 2030

High value chemicals and recombinant biologics represents some examples of high growth areas of application; synthetic biology also offers great opportunities to create new medicines, green chemicals and fuels. According to the report, the proportion of chemicals produced by biotechnology is expected to increase significantly by 2030, especially in the field speciality chemicals. SMEs are expected to play a major role in the development of the UK’s innovation potential in the field of industrial biotechnologies.

The Industrial Biotechnology Strategy will be implemented in three consecutive phases, with actions spanning across seven themes starting from the achievement of a wide external consensus on a consistent long-term policy landscape supporting industrial biotech. This first, essential step shall couple with the availability of a supportive financial environment that recognises the potential of IB as a driver of growth and innovation. The Strategy aims to make industrial biotechnology a major contributor to clean economic growth across all UK’s regions by investing in infrastructure and regional footprint. The final goal is to position UK as a global hub for industrial biotechnologies, their innovation and commercialisation. This also requires the availability of a robust regulatory framework to support the development of new products and technology according to the “risk aware innovation” approach. High skills are also required to achieve the goal, thus improving the attractiveness of the country for specialised workforce. Finally, just one IB community voice should be promoted in order to provide consistent and clear messages to the society on actions undertaken in this increasingly strategic field of UK’s economy. “The Strategy describes the vision of the UK industrial biotech community, driven by the IBLF; in harnessing the world-class science we have in the UK in order to enable industrial biotech to become a mainstream part of UK industry”, said Steve Bagshaw, CEO of Fujifilm Diosynth Biotechnologies and Chair of the IBLF.

The biopharmaceuticals (biologics) sector represents a well established example of good practice for UK industrial biotech, on the basis of a wide and efficient network of academic-industrial collaborations (e.g. BioProNET) sustained by national funding and infrastructure to support innovation (e.g. the High Value Manufacturing Catapult).
The Strategy also recalls the numbers of the market for biopharmaceuticals, that in 2016 saw seven of the top ten drugs by sales, and eleven of the top 20 belonging to this category of medicinal products. This market is expected to grow at a compounded average growth rate of 8.5% in the period 2016-2024. “The lessons of this sector can be applied more broadly to leapfrog into other emerging sectors”, states the document published by IBLF. Industrial biotechnologies also address at least six of of 17 Sustainable Development Goals established in 2015 by the United Nations.

Industrial biotechnologies are very important, for example, to develop new therapeutic approaches based on the use of microbiome; since 2010, reports the document, microbiome specialists have raised over $ 1.8 billion investments. While more than 95% of the microbiome remains undiscovered, IB may play an important role in the identification and characterisation of bacterial strains and in the elucidation of their functions, also at the genetic level.
To reach its final goal, the IBLF report considers the current UK industrial biotech landscape and recent analyses run by the government, academic and industrial point of view, the IB investment and commercialisation reference framework and how IB activity in the country compares with foreign competitors. The Strategy also provides short- and long-term recommendations to support IB and UK global competitiveness, based on a coordinated approach among all stakeholders. According to the report, there is a great potential for further expansion in coming years of the current 14,000 full-time jobs, with a great impact also in regions such as the North of England. Another main result expected by the new Strategy is represented by IB impact on the reduction of carbon emissions, thus answering the challenges posed by climate change. The UK currently produces the second highest volume of CO2 of any European country, according to the document.

The new Medicines Manufacturing Innovation Centre (MMIC) is one of the early projects to receive funding from the UK’s Industrial Strategy Challenge Fund. The new facility will be built in Renfrewshire, Scotland, for a total investments of £ 56 million, made available by a pool of partners among which are Scottish Enterprise (£ 15 million), UK Research and Innovation, through Innovate UK (£ 13 million), GSK and AstraZeneca (£ 7 million each).

The MMIC will focus on the manufacturing of small molecules, with the goal to capture a bigger slice of the global £ 98 billion small molecule pharma and fine chemical market. The centre will make available to companies the full range of manufacturing technologies – primary, secondary and high value – so to improve the transformational process to adapt already existing productions to new, more efficient methods.
The new facility will be located within the Scotland’s Advanced Manufacturing Innovation District, close to the National Manufacturing Institute for Scotland (NMIS). According to the Association of the British Pharmaceutical Industry (ABPI), the new centre should host at least 80 highly skilled R&D jobs by 2023 and attract over £ 80 million investment by 2028. Researchers will be able to work side by side with academics and manufacturing partners to design new ways for the future development of medicines and in to the supply chain.
“Medicines manufacturing is no longer the siloed, labour intensive process of yesteryear. This is a strong signal of intent from Government and the pharmaceutical industry that they are ready to get behind the UK as a global leader in medicines manufacturing”, said ABPI’s chief executive Mike Thompson.

The attractiveness of UK for international best talents in science and innovation is also central to government’s new investment (for a total of £ 1.3 billion) announced by Business Secretary Greg Clark. The new UK Research and Innovation (UKRI) Future Leaders Fellowship Scheme (see here the announcement) may count on a £ 900 million budget over the next eleven years to fund at least 550 new fellowships for researchers from around the world.
As explained by Mr Clark during the International Business Festival in Liverpool, the investment will support British universities and businesses to train the next generation of entrepreneurs, innovators and scientific leaders. An action being essential for the future competitiveness of UK in the post-Brexit era. According to the government, the new fund will help ensure the UK invests 2.4% of GDP in R&D by 2027, so to become the most innovative economy by 2030. The UKRI Future Leaders Fellowship Scheme will support six funding competitions and provide up to seven years of funding for early-career researchers and innovators, including support for part-time awards and career-breaks, and for the first time it will be open also to businesses.
Some other £ 350 million will be available to collectively fund prestigious fellowships schemes from the Royal Society, the Royal Academy of Engineering, the British Academy and the Academy of Medical Sciences. Other £ 50 million over the next five years has been also allocated through the National Productivity Investment Fund for additional PhDs, including 100 PhDs to support research into artificial intelligence.

The creation of the fund has been welcomed by BIA’s CEO Steve Bates, as recognition of the request from the BioIndustry Association for more ambitious public investment. “British Patient Capital can cornerstone the next generation of UK life science companies to scale to global leadership. The need to increase in scale up capital in life sciences was explicitly recognised in the Government’s Life Sciences Sector Deal and the Treasury’s Patient Capital review”, said Mr Bates.

The new fund sees Russ Cummings as one of the non executive directors. He was the former CEO of Touchstone Innovations, one of the UK’s leading technology investment. Anne Glover is the other non executive director, previously CBE, CEO and co-founder of Amadeus Capital, member of the Council for Science and Technology, and former chairman of the BVCA and Invest Europe.
The fund includes a diverse range of strategic investors, such as charity, pharma, public and private investors. British Patient Capital will invest in venture capital funds, which in turn will be responsible for the selection of companies eligible to receive funds. The Dementia Discovery Fund (DDF) is one of the two VCs already selected to receive first investment under the new BPC; the other initial recipient is venture capital firm Draper Esprit.