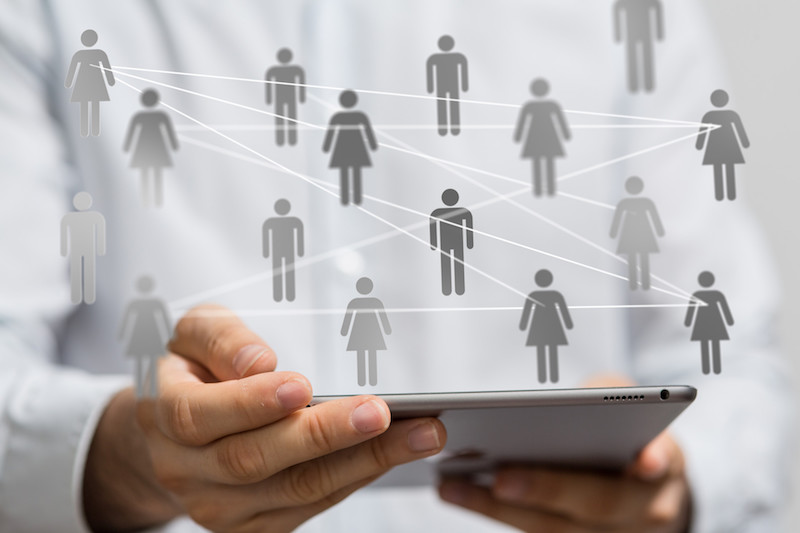 Transparency in publishing results of clinical research is a very frequent requirement, especially with regard to public-private partnerships (we wrote on this in the March newsletter). Transparency should also be a permanent feature of a good supply chain management, tracking all movements related to a finish pharmaceutical product along the entire chain, from raw and starting materials.
If the final goal is clear, much less efficient are by now the actions undertaken to achieve it. We report a brief summary of latest data on different aspects of the transparency issue.

Posting of clinical trial summary results in the European Clinical Trials Database Register (EUCTR) managed by the European Medicines Agency (EMA) become mandatory for sponsors since 21 July 2014 (see here EMA’s website), according to the requirements of the guideline issued by the EU Commission in 2012 (2012/C 302/03).

But compliance rates with these requirements are still highly unsatisfactory, says a retrospective cohort study published on the British Medical Journal in 2018 and showing that just half (49,5%) of the studies considered actually reported results. Many have also been the errors, omissions, and contradictory entries in EUCTR data found by researchers of the Evidence-Based Medicine DataLab at Oxford University led by Ben Goldacre.
The study considered 7,274 clinical trials (63%) over the 11,531 listed as completed (35,7% of the total content of the EUCTR database) and where results could be established as due under the 2012 guideline.

It is interesting to note that the higher proportion of unreported data (89%) refers to trials sponsored by non-commercial entities, while commercial sponsors showed a good tendency to post results (68,1%). Sponsors managing a larger number of clinical studies in the Register resulted also more prone to publish results. Almost one third (29.4%) of trials marked as completed gave no completion date, according to the Goldacre study. A limit of the research made at the Oxford University is the possibility that missing study results might have been published elsewhere that the EUCTR. Upon checking 100 unreported studies, for example, almost half (46) were found to have reported results in a journal publication and 5 in the grey literature. This supports, says the authors, the request to report results data within registries under a standardised format, to allow for a more reliable and efficient retrieval of relevant information.

The higher breaching tendency of non-commercial sponsors is attributed by the paper to a lesser knowledge of obligations set forth by the EU Commission’s guidelines. A particularly critical issue is represented by the responsibility falling to the principal investigator or administrative staff to insert study data and results in the EUCTR, a task that according to the Goldacre study might result complex to be achieved for the smaller cohort of trials. The Oxford team has also made available a web-based application, sponsors can use to identify their unreported studies. The suggestion for European institutions is to support the academy to invest in basic internal audits and administrative work, in order to be ready for the entry into force of the new Clinical Trials Regulation in 2022.
According to Ben Goldacre’s comments reported by Nature, another possible cause for not reporting can be find in the fact “some people may have an ideological commitment to a particular treatment, which may lead them to, either consciously or unconsciously, slow down the dissemination of findings contradicting that treatment”.

The situation is not better in the US

According to the Goldacre study, European rules on the publication of clinical research data are supporting an inclusive requirement for transparency, while in the US many exemptions to FDA Amendments Act (FDAAA) are in place that limit the impact of data published on the clinicaltrials.gov database.
A study run by the Universities Allied for Essential Medicines (UAEM) and TranspariMed focused on the attitude of 40 top US universities to comply with legal requirements on reporting clinical trial results since January 2017, and on activities made in the previous two years (2015-2017) to eliminate the backlogs of missing results.

The study found that just 15 universities are fully compliant to the US law governing transparency. The situation is very fragmented, with some of the major medical research universities that have posted results for less than half of their clinical trials (e.g. Mayo Clinic, UC San Francisco, Columbia University, UC San Diego, University of Cincinnati). Among best performers (100% reporting) are other leading medical research institutions, such as the Duke University and John Hopkins University.
The analysis considered 450 trials, for 31% of which results are still missing in the clinicaltrial.gov public registry; data were retrieved from the FDA Amendments Act (FDAAA) TrialsTracker website. The situation seems in any case to have improved, reports Nature, as according to an investigation run in 2015 by STAT 90% of all academic-sponsored trials in the period 2008-2015 did not published results within a year.

Partnerships agreements by the NHS are lacking transparency

This is the final conclusion of a recent investigation run by the BMJ in collaboration with academic researchers, that analysed the “joint working arrangements” (JWA) made between 194 NHS organisations and pharmaceutical companies in years 2016-2017.
JWA are used to manage collaborative research activities, and should respect the transparency criteria of the guideline published in 2008 by the NHS and Department of Health for England, and addressed also by a tool kit jointly published in 2010 by the NHS and ABPI (the British Association of the pharmaceutical industry).

All NHS organisations contacted by the BMJ under the “freedom of information” (FOI) request answered the request, but in about a fifth of cases (35, 18%) they refused to release the information. Where data have been made available, the BMJ team compared them with the ones obtained from the Disclosure UK database (collecting transparency declarations from pharmaceutical companies) and those published on websites of the NHS organisations.
According to the paper, 7% of trusts (13) said not to have kept central records of the partnership agreements, and 6% (12) argued the release of information would have caused prejudice to their commercial interests. Eight trusts (4%) claimed the time needed to find the requested data over-spanned the FOI request, and two referred to confidentiality reasons not to disclose information.
In 39 cases the NHS organisations declared not to have signed any JWA, while the investigation said to have found evidence of partnership agreements within Disclosure UK for a total amount of £ 2,6 million. Investments in joint working arrangements made by pharmaceutical companies reached £ 3 mln in 2016 and £ 4,7 mln in 2017. According to the BMJ, they would have been mainly targeted to accelerate the diffusion of new treatments; 93 projects would have specifically aimed to increase the use of products from the investing company.

Transparency along the supply chain

Cost pressures to obtain higher prices for finished medicinal products and very low costs for APIs and manufacturing processes, are the main driver sustaining the current profitability of the pharmaceutical industry. A driver that has to face the increasing pressure of governments, payers and health authorities to reach a more fair value for medicines on the market in order to allow the sustainability of the system and the access of patients to cures. Shortages of medicines caused by the diversion towards parallel trade is another mechanism often used to optimise profit for the industry. The way prices are negotiated at all levels are also often a grey area impacting on the overall transparency of the supply chain, with pricing representing a possible tool to manipulate the market (see here a commentary published on Pharma Logistics IQ).

Prices of the finished products are just the last element, but the lack of transparency originates far behind along the supply chain, at the level of the procurement of active pharmaceutical ingredients (API) and other raw materials needed to manufacture the medicine. 2018 has been characterised by the sartans issue, with recall of products from the market in EU and US due to the impurities of N-nitrosodimethylamine (NDMA) found in many different active ingredients manufactured in China (Zhejiang Huahai, ZH) and India (Aurobindo) (see here the latest update from EMA).

The integrity of the supply chain strictly depends from the transparency on manufacturing activities run in countries which are historically less used to comply with the very high GMP standards typical of Western productions. “The evidence is clear – a basic standard of safety must now be applied across the industry for APIs”, writes Andrew Rut on Pharmaphorum.
The inspections run by the European Medicines Agency (EMA) and the FDA on ZH’s Chuannan site in Linhai, China, revealed weaknesses in quality management and deficiencies in the way the company investigated impurities in its valsartan products. EMA has thus issued a statement of non-compliance with GMP, and excluded from the European market the API valsartan produced by the company. Zhejiang Huahai has been also put under increased supervision, a measure intended to provide the strict supervision of European regulatory authorities on all manufacturing activities of other active substances produced by the Chinese supplier. Inspection frequency has been increased, said EMA, and marketing authorisation holders for EU medicines has been required to perform additional tests on all active substances supplied by ZH. The EDQM also suspended in October 2018 the Certificate of suitability (CEP) of the Indian API manufacturer Aurobibdo Pharma, those active ingredient irbesartan was also found to contain low amounts of NDEA impurities.

But the true problem, according to Andrew Rut, would be the continuous research of the lowest costs possible for APIs, a trend that pushed an increasing delocalisation of productions towards Asia starting from the 1990s. The many passages needed to distribute APIs produced in China and India (almost 80% of the total) – up to the patient buying the finished product – may impact on the integrity and transparency of the supply chain. According to the article, costs considerations are still the factor that limits the possibility to secure back pharmaceutical manufacturing processes in Western countries. A new element that can support in few years the inversion of this trend is represented by the coming into force in 2022 of the new SPC manufacturing waiver, just approved by the European Parliament.

The use of the generic and biosimilar versions of many drugs is another tool widely used by payer to keep under control the high costs of medicinal products. The EU Falsified Medicine Directive introduced the request of serialisation starting from February 2019 to identify and track the supply chain for finished medicinal products, but it does not apply to APIs.
Inspection activities run by regulatory authorities on extra-EU manufacturing facilities can also greatly support an enhanced transparency of the supply chain. Andrew Rut reports a declining number of inspections run by the FDA in 2017-2018 (-10%) and 2016-2017 (-9%). EMA run in 2017 314 GMP inspections (on the 328 planned) and handled 161 notifications for suspected quality defects, plus 23 notifications of non-GMP compliance (see here the Annual report 2017). The European agency also run 12% additional routine GMP re-inspections of manufacturing sites addressed through exchange of information with international partners. EMA also actively supported the training of GCP and GMP inspectors and capacity building activities in China and India, and participated to workshops organised by the China Pharmaceutical Association of Plant Engineering in Taizhou and Jinan.