The EU Directive 2011/62/EU on falsified medicinal products will be finally fully enforced by the approval, expected by the end of 2015, of the Delegated Act that will set the characteristics of the unique identifier that shall be placed on each outer packaging to trace the entire life-span of the product, from production to dispensing. The time frame for the practical implementation of the new safety measures won’t be the same for all European countries: three years is the standard period to reach compliance, but countries such as Italy, where a traceability system is already in place, will have six years time to adapt their manufacturing facilities to the new rules. Nevertheless, the three years period will apply also, for example, to Italian companies exporting their production in other EU countries. 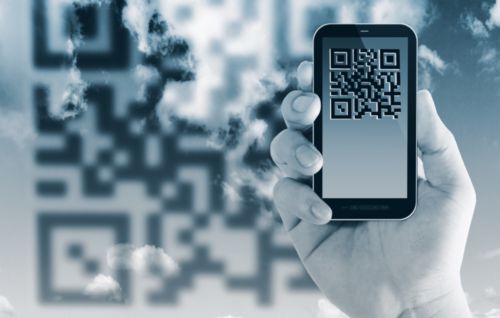 Some points are still open

A public consultation of stakeholders was launched in November 2011 (Concept paper Sanco.ddg1.d.3(2011)1342823 dated 18/11/2011) to collect the different opinions to be used as the base to reach the final layout of the new traceability system. Some critical points are still under discussion as, for example, the final definition of the two lists of medicinal products or product categories which, in the case of prescription medicines shall not bear the safety features, and in the case of non-prescription medicines shall bear the safety unique 2D datamatrix identifier.

«Some prescription medicines will be exempted, because they have a low risk of counterfeiting. Some over-the-counter products, on the other hand, might present an high risk, thus they shall bear the safety features. The two list are not finalised yet, as a gap is still present between the positions of the Authorities and that of the pharmaceutical industry», tell Beppe Mazzocchi, member of the EFPIA’s Coding and serialization senior oversight group and Quality manager at Merck Sharp & Dohme Italia. Pharma companies would appreciate the possibility to voluntary apply the unique identifier on the outer packaging of all medicinal products, while the current position of the legislator favour the complete adherence to the two lists, without any possibility of voluntary choice. «It’s a complex discussion. A further point to be taken into account is that a medicinal product does not have necessarily the same regulatory status in all Member States: this would create a hybrid state, the drug would be somewhere under prescription and somewhere not», says the expert.

The EU Commission and the stakeholders involved in the setting up of the new traceability system have a long track of dialogue, started already with the adoption of Directive 2011/62/EU establishing that all the costs for the management of such a system will be entirely covered by the owners of the marketing authorisations for products. «The Directive – explains Mazzocchi – says that marketing authorisations’ owners shall be the sole responsible for the development of a system satisfying the requirements set forth by the Directive itself».

The European federation of pharmaceutical industries and associations (EFPIA) started working on the issue well before 2011; meanwhile, other associations representing the different stakeholders involved into the process joined the effort, i.e. the European Generic and Biosimilar Medicines Association (EGA), the European Association of Pharmaceutical Full-line Wholesalers (GIRP), the Pharmaceutical Group of the European Union (PGEU) and the European Association of Euro-Pharmaceutical Companies (EAEPC). The final result of this collaboration has been the creation of the no-profit European medicines verification organization (EMVO). Beppe Mazzocchi took part to this preliminary effort as member of the EFPIA’s working group and now tells Pharma World: «The collaboration at the European level has been very good. We are now facing the next challenge: this type of collaboration must now be transposed at the national level in each of the Member States. Each country should build a coalition similar to EMVO among all players of the supply chain, a National medicines verification organization (NMVO). This new entity should be the responsible for the development and management of national databases, something to be done in coordination with the national authorities. EMVO will support this sort of action». The current situation varies a lot among different countries: a pilot project is already in place in Germany; Sweden, Norway and Austria plan to activate the databases and national governance at the beginning of 2016, while others are still at a preliminary stage of discussion.

The Delegated Act should formally confirm the choice of the end-to-end model system for serialisation and traceability. This choice will distinguish Europe from other geographical areas where the track-and-trace model is used instead.

The end-to-end model is very simple to handle, as just two movements of data occur: the first one at the beginning of the product’s life span, when the manufacturer insert the data relative to the unique and randomised identifier numbers into the EMVS system. The second check occurs just before the pharmacist deliver the product to the patient. «A standard situation do not requires intermediate verification, something that is needed under exceptional conditions, i.e. withdrawal of the product from the market», further explains Mazzocchi.

The track-and-trace systems are more complex and generate bigger quantities of data, as they trace all single in-and-out movements of the product along to supply chain, from manufacturing to distributors, to wholesalers up to the pharmacy. «They allow a more detailed view of the movements along the supply chain, but at the European level the opinion is that the benefit for the patient would not be higher compared to the final verification before dispensing the product», comments Beppe Mazzocchi.

An action against counterfeiting

According to the Italian Medicine’s Agency (AIFA), falsified medicines account for approx. 7% of global pharma market, and may reach up to 50% in some Asiatic and African countries. The Falsified Medicines Directive and the introduction of the unique identifier as a safety feature on each outer packaging aim to reduce the phenomenon. Counterfeiting involves both expensive medicinal products as well as cheaper ones whose marketing volumes are very high. «The introduction of the new traceability system may represent an opportunity for the pharmaceutical industry as for knowledge and control of the supply chain – says Mazzocchi. – The database will allow to know, for each package unit, if it has been already dispensed, something useful to better manage stocks and withdrawals from the market».

Parallel sales are also often associated with counterfeiting, a critical point difficult to handle especially with reference to use of the Internet as a market space. «It is important to make a difference: parallel trading is something possible and legal, and the European Association of parallel traders is a member of EMVO. The new system defines the way parallel traders should use to remove from the packaging the original serial number applied by the manufacturer and to stick the new unique identifier specific to the trader, before the product could enter the market. The system can also manage the transborder sales towards foreign markets. Different is the case of illegal sales, where stolen medicinal products might be sold through non-official channels. In such a case, the system blocks the serial numbers of the stolen products, so that it is possible to check if it has reached the patient through a legal or illegal chain», says EFPIA’s working group representative.

The new official standard for serialisation should be the 2D datamatrix and labels should be applied to all external packaging. The need to update already existing packaging plants is something that should be considered in time, as it requires a careful evaluation of the expected impact on operations and the consequent planning of corrective actions. «If a production line is already equipped in order to satisfy requirements of the French CIP2D system it should be almost ready from the technological point of view. There is just need to add the software needed to manage serialisation, from the generation of random serial numbers up to their positioning on the packaging, local filing of data and their transmission to National and European databases – tells Beppe Mazzocchi. – If the packaging line is not equipped already with a 2D technology, the required change would be more massive. Manufacturers should carefully plan the investments in terms of time and resources needed».

The “securPharm” project started already in 2012, when Germany put in place a first national database. German pharmacies had the opportunity to join the project and to check in real time the authenticity of the medicinal products before dispensing them to the patients.

The European Hub system has also been activated, and its connection with the German system is on going. The new interface will allow for the managing of the information flow, starting from the insertion of initial data into the European Hub by manufactures up to final checking through the National System by the pharmacists. As being responsible for Quality at the Merck’s manufacturing plant in Pavia (Italy), Beppe Mazzocchi took active part in the secuPharm project, the plant exporting is production to Germany. «The project has been very useful, we had the opportunity to understand greatly in advance the requirements of information systems and of packaging lines. We understood how to interface with the external database and transfer the data, which are then used by German pharmacists. We understood also the common issues that might arise», comments Mazzocchi.

We just need to wait the final publication of the Delegated Act and the adoption of the EMVS system across Europe to better check its real impact on the management of the supply chain.

The European medicines verification system (EMVS) system has been developed by EMVO on a no-profit basis in order to guarantee the availability of robust characteristics as for costs, efficacy and safety in the management of serialisation of medicinal products. Supply chain’s stakeholders directly manage the system, while regulatory authorities maintain a right to access and supervise it.

The 2D datamatrix code applied to the outer packaging shall contain information about the unique identification number, the batch number, the expiration date, the unique and randomised serial number.