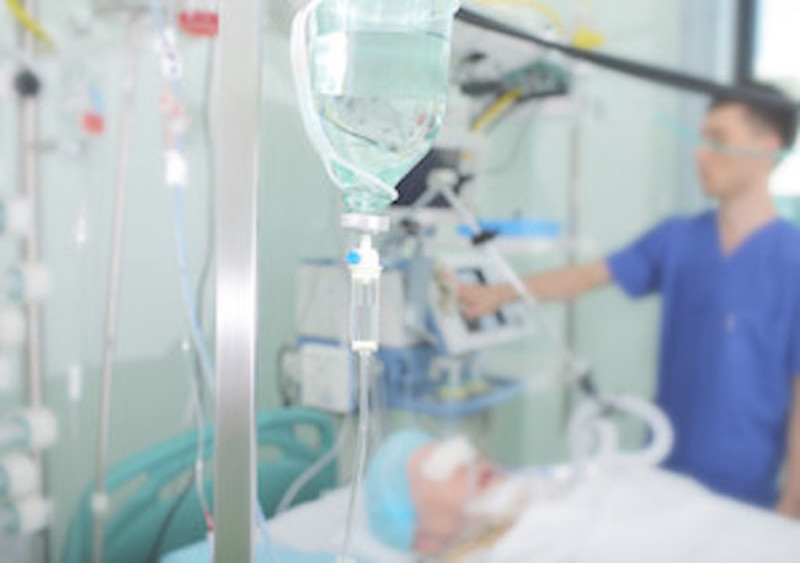 The roadmap towards the harmonisation of the clinical evaluation of medical devices at the international level has been formally undertaken by China, acting as rotating president of the 13th International Medical Device Regulators Forum (IMDRF), held in Shanghai on March 20th -22nd.

In this occasion, China submitted to the IMDRF management committee the proposal of a new project addressing the “Clinical Evaluation of Medical Devices”, that was accepted unanimously by the Committee. The project, wrote the China Food and Drug Administration (CFDA) in a statement on its website, “is a historic breakthrough since China has changed its role from a participant to a leader in the rulemaking of international standards recognition in the medical devices area. It also marks new progress made by China in continuously and in-depth promoting the Chinese experience in medical device standards management”.

As a result, according to the CFDA, a collaborative research should be implemented on the basic requirements of clinical trial decision making and evaluation through isotropic reasoning and the acceptance of data from overseas clinical trials. According to Raps’ Regulatory Focus, the proposed clinical evaluation work item has been designed in collaboration with the Global Medical Technology Alliance (GMTA)
The effort promoted by Chinese regulatory authorities shall also update the list of international standards in the field of medical devices recognised by IMDRF members since 2014. Similarities and differences in policies and techniques used by IMDRF members while adopting or recognising international standards shall be also analysed, in order to identify the best practices at the international level which can be applied to the mutual recognition of standards. The final goal of the exercise, according to CFDA, is to reach harmonisation of international medical devices regulations.

IMDRF also published on march 27th the document “Tools for Assessing the Usability of Registries in Support of Regulatory Decision-Making”, that follows the work the IMDRF Registry Working Group started in 2014. The group issued already two other documents, the “Principles of International System of Registries Linked to Other Data Sources and Tools” in September 2016 and the “Methodological Principles in the Use of International Medical Device Registry Data” in August 2016.

The new guidance is intended to facilitate regulators and other interested parties to properly use registry-generated data for initial device approval, expanded/broadened indications, post-market studies and surveillance, development of objective performance criteria (OPCs) and/or performance goals, device tracking and field safety correction actions. The level of evidence to be provided for regulatory assessment varies, in general, from the more robust for initial indications to a less robust one to support device surveillance. Each single device has to be clearly and unambiguously identified, possibly by mean of the Unique Device Identifier (UDI).
Other important features to be addressed include a proper governance structure of the registries, the compliance with national and international laws on data protection, handling and sharing, availability of standard operating procedures (SOPs) for the collection of data, a transparent policy governing the potential conflicts of interest related to the collection and analysis of registry data (to be published on the registry’s website), a transparent policy and procedures governing data access and use by interested parties. Furthermore, regulatory authorities have to be able to easily contact and access the registries in order to verify the essential information needed for their decision making. Regulators shall also check if the individual variables collected by the registries are sufficient in the number and scope to be used for regulatory purposes; the document provides a detailed list of data that form the minimal requirements to be available with this respect.
IMDRF also suggests that registries adhere to internationally and/or nationally recognised standards and harmonisation of the Common Data Models (CDM). Linkability to other data sources is also encouraged to enrich data available for regulatory assessment, but this might be limited by national legislations. A table is also provided in Appendix 1 to summarise the proposed areas that might be particularly useful for an assessment of regulatory use.

A consultation is open on the standards optimisation

Just few days after the IMDRF meeting in Shanghai, on March 26th, the IMDRF Standards Working Group also released the document “Optimizing Standards for Regulatory Use”, which is open to consultation up to 24 May 2018. Interested parties can forward their comments using the template available on IMDRF’s dedicated webpage.
According to the draft document, the current value of standards is limited from the regulatory perspective because, for example, “some standards do no sufficiently contemplate conformity assessment testing needs”. A too high flexibility and unclear expectations are other issues to be considered. The suggestion of the Working Group is that standards should be built starting from the consideration of how medical devices are regulated, “so that a firm’s declaration of conformance with it will inspire reviewers’ confidence and streamline the approval process”.
IMDRF also underlines an uneven participation and representation of regulatory authorities in the standards development processes run by the International Organisation for Standardisation (ISO), the International Electrotechnical Commission (IEC) and their corresponding national/mirror committees.
Consensus standard should be the key operative tool to achieve a robust regulatory framework based on these considerations, suggests the IMDRF Working Group, as it should “demonstrate adherence to ‘transparency, openness, impartiality, effectiveness and relevance, coherence, due process and technical assistance,’ among other principles”. The indication made by IMDRF favour consensus standards accepted at the global level, and indicates that other regional, national and consortia standards may result particularly useful with respect to emerging technologies.

The IMDRF guidance provides a description of the high-level criteria that should be kept in mind while writing standards which had to reflect a regulatory need. They should always present a close relationship of the scope with one or more of the IMDRF Essential Principles. Each standard should also specify the existence of test methods for determining compliance with each of the requirements, and the definition of clear acceptance criteria for determining that each technical requirement is met. Standard’s requirements should always be expressed with references to performance. Other characteristics that should be considered relates to a fair participation of all stakeholders, including regulators, in standards development, compatibility with the internationally accepted principles of safety and performance of medical devices, reflection of the state of art technology in a certain field, promotion of economic benefits through streamlining regulatory activities and harmonising expectations across different countries and regions, completeness of the standard within its scope, availability of verifiable objective measurements, consistency of terms and symbols across standards, a clear, unambiguous and easily understood form and ease of access to all relevant stakeholders.
IMDRF’s guidance also provide detailed description on how to optimise standards contents and suggestions on how to enhance stakeholder participation at the international, regional and national level, also at the level of mirror committees. These are the instances which should deserve a particular attention, as they represent a key point to intercept emerging needs and opportunities and propose new work items to address those needs. Annex B of the IMDRF’s guidance also provide regulators with suggestions on how to identify relevant committees that might benefit from a direct participation of regulatory authorities to standards development. Regulators are also solicited to pro-actively forward comments and to enter the process as early as possible in order to provide their expertise; the New Work Item Proposal (NWIP) stage is suggested by the guideline in order to maximise regulatory utility. IMDRF also proposes itself as a resource and mediator between regulators and organisations in charged of standards development: a sort of “hub for communicating needs and priorities in both directions”.

The impact on EU regulation for medical devices

The work started with the publishing of the IMDRF guidance might result in future years in the revision of regulations detailing the approval processes for medical devices in the different geographical areas. The relevant European reference is EU Regulation 2017/745 on Medical devices, which at point 20 of the preamble states that “the definitions in this Regulation, regarding devices themselves, the making available of devices, economic operators, users and specific processes, the conformity assessment, clinical investigations and clinical evaluations, post-market surveillance, vigilance and market surveillance, standards and other technical specifications, should be aligned with well-established practice in the field at Union and international level in order to enhance legal certainty”. Point 24 of the preamble also adds that common specifications should be developed after consulting the relevant stakeholders and taking account of European and international standards. This statements fits well into the framework depicted by the IMDRF guidance
Article 8 of the European regulation on medical devices discusses in detail the use of harmonised standards, specifying the possibility to apply only those standards that had been published in the Official Journal of the European Union in order to demonstrate conformity with requirements. The regulation also specify (art.9) that if no harmonised standards are available or sufficient, the Commission may adopt common specifications in respect of the general safety and performance requirements set out in Annex I.
Article 71.3 highlights points that Member States should assess during clinical evaluation of a medical device on the base of applicable common specifications or harmonised standards, in particular with relation to the safety and efficacy of the device and to risk-minimisation for both patients and users. Article 105.e also might indicate the Medical Devices Coordination Group (MDCG) as a possible EU representative acting in the framework identified by the IMDRF guidance, as it is deputed to “contribute to the development of device standards, of common standards, and of scientific guidelines, including product specific guidelines, on clinical investigation of certain devices in particular implantable devices and class III devices”.