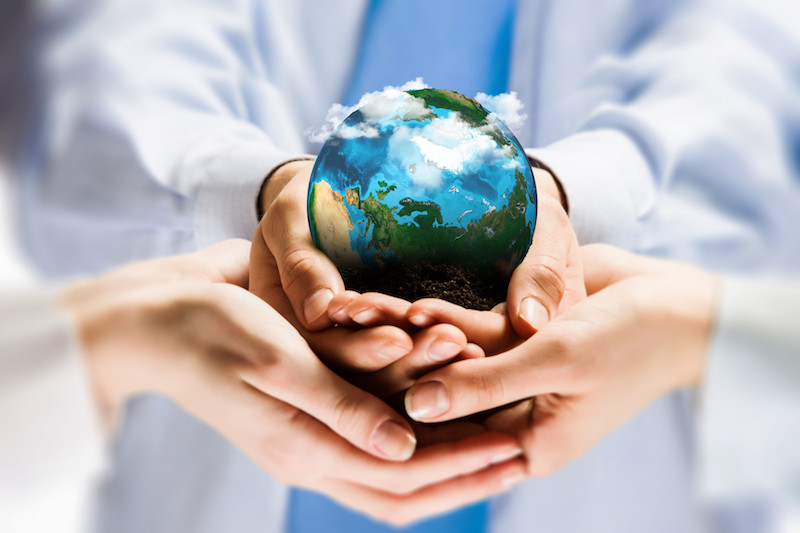 The European Federation of Pharmaceutical Industries and Associations (EFPIA), PGEU representing European community pharmacists and EPSA on behalf of European Pharmaceutical Students are among the associations who signed the Joint Declaration on Pharmaceuticals in the Environment.
The new initiative highlights once again the importance to achieve a constructive dialogue with the European Commission, in order to safeguard the environment from the pollution derived by the presence of medicines and avoid issues for public health. The major source of pharmaceuticals in the environment, according to the Eco-Pharmaco-Stewardship (EPS) initiative, is represented by patient excretion following use, followed by a smaller contribution due to emissions from industry during the manufacture of medicinal products.

The importance of a balanced approach

The Associations who signed the Declaration ask the European Commission a balanced approach while working at the development of the new EU-wide strategy on pharmaceuticals in the environment.The industrial and technical parties, from their side, are fully committed to interact in an open and constructive way to reach this goal. Any new environmental-based measures, states the Declaration, should be clearly justified and “guarantee patient access as well as access to the demonstrated benefits that medicines bring to public health”. The new European strategy is expected to be announced by the Commission before the summer, according to Politico.

The actions taken by the industry and its partners

The pharmaceutical industry is not new to initiatives aimed to reduce the burden of pharmaceuticals in the environment. An example is the Inter-Association Initiative on Pharmaceuticals in the Environment (IAI PIE) that groups the Association of the European Self-Medication Industry (AESGP), the European Federation of Pharmaceutical Industries and Associations (EFPIA), and the European Generic and Biosimilar medicines association (EGA). Its first action – the Eco-Pharmaco-Stewardship (EPS) initiative – addresses the roles and responsibilities of all parties involved in the medicines’ life cycle, including public services, industry, environmental experts, doctors, pharmacists, and patients.
Three pillars have been identified as key areas of attention for the pharmaceutical industry. First of all, the identification of the potential environmental risks of existing and new active pharmaceutical ingredients. This should be paralleled by an efficient management of the manufacturing effluents, that should be based on available best practices in order to minimise the risks for the environment. The third pillar is represented by the refinement of the existing environmental risk assessment (ERA) process for medicinal products to ensure that it remains up-to-date and relevant.

Not less important is the need to increase awareness of the wide public. The Declaration refers to the example of the #medsdisposal educative campaign, a collaborative multi-stakeholder effort endorsed by EIPG, aiming to ameliorate the correct disposal of unused and expired medicines. Flushing medicines down the toilet or pouring them in the sink is still the often preferred way to discharge medicines and it represents 8-10% of the pharmaceuticals into the environment, according to the Declaration. Many EU’s countries have put in place special disposal schemes to prevent this form of pollution. The suggestion made by the Declaration to all interested stakeholders is to join and endorse the #medsdisposal campaign, by contacting the email address medsdisposal@gmail.com.

The Declaration also refers to the 2011 WHO’s report “Pharmaceuticals in Drinking-water” to state that there is currently “no evidence of harmful concentrations of active pharmaceutical ingredients in the European drinking water”.
WHO’s analysis highlights that there is currently lack of routine monitoring programmes to test drinking-water for pharmaceuticals, as is the case for regulated chemical and microbial parameters. The available data mainly come from ad hoc surveys or targeted research projects. The observed concentrations of pharmaceuticals in surface, groundwater and partially treated water are typically less than 0.1 μg/l, while in treated water are generally below 0.05 μg/l. WHO also asked for more systematic studies to better understand the transport, occurrence and fate of pharmaceuticals in the environment, on the basis of the standardisation of protocols for sampling and analysis.
The Declaration also recalls the action taken by the European Healthcare Distribution Association (GIRP) for the correct disposal of medicinal products through direct involvement of healthcare distributors in the national waste management systems. CED, PGEU and EPSA, representing healthcare professionals (dentists, community pharmacists and pharmaceutical students, respectively), are also offering their members education and exchange of best practices for the safe, rational and effective use of pharmaceuticals.

The suggestions of the European Environmental Agency

The European Environmental Agency (EEA) run a workshop in 2010 those results have been published in the document “Pharmaceuticals in the environment”, also cited by the Declaration.
This document suggested several proposals for action, among which are the definition of environmental quality standards for pharmaceuticals, and an environmental risk assessment of human pharmaceuticals to be part of the risk/benefit analysis during the authorisation process. Further points include consideration of plant protection products or industrial chemicals on eco-evaluation (similarly to biocides) and the development of possible risk mitigation measures as part of the authorisation process.  EEA also suggests to classify all pharmaceuticals according to their environmental hazardousness and to introduce incentives for green pharmacy. Research should focus on better methods for eco-efficient synthesis; harmonisation across UE countries would also be needed on how to dispose unused pharmaceuticals.
According to the Environmental Agency, pharmaceutical waste should always be incinerated; wastewater treatment (for example with activated carbon, advanced oxidation or UV) should be considered to destroy unavoidable remnants of active substances and metabolites.
A better set of data on long-term effects and fate of pharmaceuticals in the aquatic environment are also needed, a goal that might benefit from the collection of currently not classified data generated by research or authorisation processes, which should also be made publicly available in an EU database. Antibiotics and other pharmaceuticals potentially dangerous for the environment should be object of priority actions. EEA also suggested to include the environmental effects into the ‘pharmacovigilance’ concept, with relation to the understanding and prevention of adverse effects; post-marketing environmental monitoring might be applied to surface, ground and drinking water and biota, as well as data on sewage treatment sludge to distinguish between degradation and elimination/removal of pharmaceuticals and on the potential for microbial resistance of pharmaceuticals.