Home EIPG Newsletter Regulatory The industry asks for a mutual recognition agreement between the EU and... 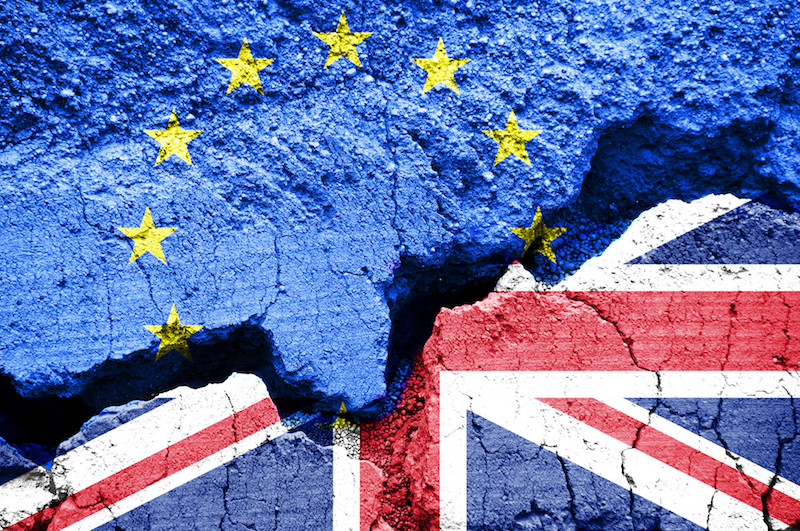 The final date for the Brexit, 31 December 2020, is approaching, but the negotiations to close a trade deal and fix EU’s interactions with the UK as a third country are far to reach an end. According to the BBC, hot areas of discussion include the rules of competition, fisheries and the future role of the European Court of Justice.

“The pharmaceutical and biotechnology industries are doing everything in their power to prepare for all scenarios and need the support of the European Union to ensure that we can fulfil our promise to the patients who we serve. In such challenging times, and in view of the upcoming negotiating rounds, we hope that you are able to eliminate additional complexities and favour cooperation and close dialogue, based on international definitions”, wrote the associations.

From the industrial perspective, an imperative target to be included in the final deal is represented by a Mutual Recognition Agreement (MRA) between the EU and the UK, which would represent an important tool on the short term to manage the changes needed as a consequence of the Brexit, thus avoiding the risk of disruptions in the pharmaceutical supply chain across the two side of the Channel. Another possible consequence on a longer time frame is a decreased competitiveness on the global scenario of both the EU and UK hubs for life sciences.

The joint letter also highlights the great effort the entire sector made since 2018 to prepare for the worst-case scenario of a no-deal Brexit in accordance with the indication of the EU authorities. This effort has been further complicated by the recent Covid emergency, which saw the closure of borders far more extended than just with the UK. This experience has highlighted some critical points to ensure the continuity of the supply and access to medicines at the European and global level; the lessons learnt and the suggestions of the pharmaceutical industry to improve the resilience of the sector for future needs has been addressed by some other position papers and studies released by the industrial associations (see the Politics & Business article in this Newsletter).

What to include in the MRA

The joint letter focuses the priorities of action on ensuring the future alignment of the collaboration framework between the EU and UK with respect to the management of regulatory processes and the import/export of medicinal products. The preferred tool to reach this target is a Mutual Recognition Agreement to be signed, in a similar way to those already existing with other third countries such as the US. Important pharmaceutical operations to be included in such MRA are batch and import testing, GMP inspections and CE-marking of medical devices and technologies.

According to the associations, such an MRA might be negotiated and signed between the two parties outside of the ongoing high-level political trade talks, for example through a direct, strong dialogue between the interested regulatory authorities (the European Medicines Agency and UK’s Medicines & Healthcare products Regulatory Agency, MHRA).

Another request coming from the industry calls for simplified and rational rules of origin, based on common, defined chemical, pharmaceutical and biotechnology processing activities. This should also be paralleled by the availability of smooth import clearance processes at customs, in order to avoid delays in the delivery of sensitive goods.

Three different scenarios under the lens

A report more deeply analysing the possible quantitative impact of the EU-UK future trade relationship under three different scenarios (no-deal, a simple free trade agreement (FTA) with tariff reductions across all sectors, and an FTA plus MRA for GMP and batch testing) has been published in July by EFPIA. All assumptions have been made versus the current economic and trade policy situation, using GTAP data referred to 2018.

According to the report, the UK is currently characterised by the lower importance of sourcing pharmaceutical products from other EU countries (10%, vs 15% EU27 average), and the higher home inputs with respect to the value of the final production (79%, vs 62% EU27 average).

The first scenario examines the hypotheses no agreement is reached in time between the UK and the EU, thus the WTO rules would apply starting from 1st January 2021. A simple free trade agreement would allow for the removal of all tariffs on goods trade for all sectors under the second scenario, an hypothesis considered realistic by the report. The third one considers non-tariff measures (NTMs) to be also included in the FTA, such as regulatory cooperation on GMP, inspections and batch testing through the tool of a Mutual Recognition Agreement.

Under all the three hypotheses, the UK pharmaceutical sector would be more affected by the Brexit than the EU’s one, due mainly to the different size of their respective markets. The value created in the EU for each unit of medicine sold in the UK would fall from the current 45% to 40% in case of an FTA with MRA, and to 35% in case of no-deal exit. The UK value-added share in the EU would drop from 5% to 3% in case of no-deal, to 4% with an FTA+MRA.

At the macro-economic level, the mutual recognition agreement would represent the better option for both the parties, as it would exert a minor negative effect on GDP, exports and production and less pressure on costs. Furthermore, it would support competitiveness with reference to the US, Japan, Switzerland, and China. The inclusion of the MRA would also increase EU’s annual exports (+€1.1 bln/year) and pharmaceutical production (+€1.0 bln/year) compared to a simple FTA. The European nominal GDP will be €1.3 billion higher annually with an FTA+MRA, compared to a no-deal, an occurrence that would see also a decrease of EU pharma exports of 1.2% (0.9% in case of an FTA with MRA). Ireland, Germany and Belgium would be the most affected countries.

From the UK perspective, an FTA+MRA would result in a nominal GDP loss of €2.5 bln per year compared to no-deal, corresponding to a drop of 12.6% of pharmaceutical exports (vs 22.5% with no-deal). The losses in the value of production would range between € 236-621 mln/year under the three scenarios, respectively.