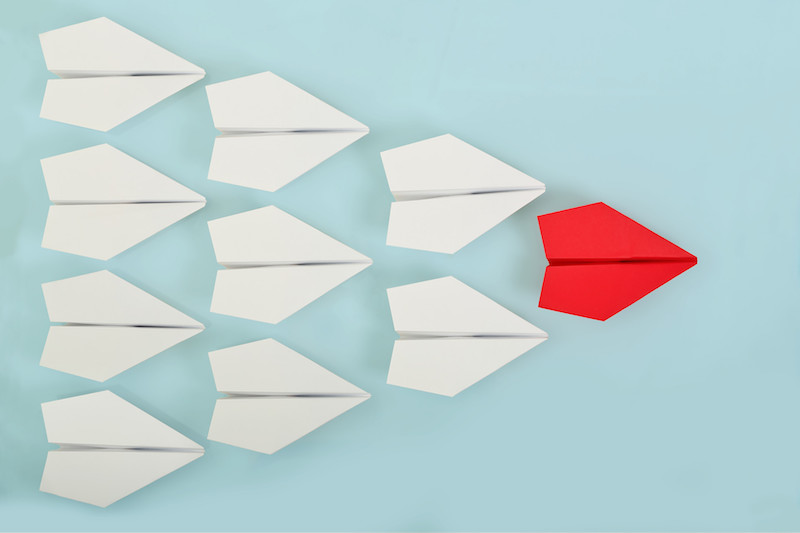 High-growth firms (HGFs) are defined as small and medium enterprises (SMEs) experiencing an annual growth of at least 20% for at least three consecutive years. The origin of their success is the very strong intellectual property (IP) rights on patents, brands, design they own, says a joint study from the European Patent Office (EPO) and the European Union Intellectual Property Office (EUIPO). Innovation and the focus on scaling up HGFs’ activities at the international level are indicated as the main drivers of their growth.

SMEs are critical for the EU economy

Small and medium enterprises represent 99% of the EU business and produce 57% of the Union’s GDP. High growth firms are just a small proportion of this universe (6%), but their role to boost the entire European economy is critical, according to the study, as they act as a major element of the European innovation ecosystem, together with the academy. In 2016, SMEs were more than 179,000 in the EU 28 (+24% compared to 2014; two thirds located in Germany, UK, Spain, France, Italy and Poland), with a three-year average growth rate in employment of at least 10%. HGFs contribute 28% of the European net job creation, says the study, that analysed data linking demographic information on European SMEs in manufacturing industries from 2005 to 2010 with those of the national and European registers for patents, trademarks and industrial design rights.
A fifth (20%) of all patent applications received by the EPO are originated by SMEs or individual entrepreneurs; a percentage that is even increasing for trademarks and design application managed by the EUIPO. It is thus easy to understand why HGFs are a priority target for policymakers. Intellectual property rights are fundamental intangible assets for this type of business: patents and trademarks allow to secure ideas and obtain higher returns on the investments. On the other hand, HGFs often lack physical assets or non-core skills, and they rely more on risk-oriented finance than on the classical bank loans. A modality of financing that may expose them to higher risks, as investors are willing to rapidly return from their investments. Partnerships with start-ups and SMEs based on collaboration and/or licensing agreements for new technologies are, for example, the current most diffused model to run R&D projects. According to the study, SMEs are more prone to accept higher entrepreneurial risks, thus they act as agents of change and indicators of the ability of the European industrial framework to compete on global markets.

How to better exploit IPRs to become a HGFs

According to EUIPO data (2015), just a small proportion (9%) of European SMEs – usually the most innovative ones – have registered IP rights, compared with 40% of large companies. And only the 0.3% of SMEs own European patents. The early identification of the correct strategy to manage intellectual property rights is an essential requirement to support the high growth of a start-up and create strong IP assets. According to the study, the interplay between IP management and commercial success should be early addressed to avoid any subsequent issue in funding, partnerships or litigations.
Data reported by EPO shows that even innovative SMEs are not always seeking IP protections of their innovations, often due to a lack of awareness of the benefits, high costs, length and complexity of the related procedures. Just 30.4% of innovative SMEs are using patents, compared with 52.8% for large companies (data Community Innovation Survey, CIS, 2012). Self-acknowledgment of the “innovative” profile of a SME is very high (80%) for companies that have registered IPRs, much less (53%) for those that do not register IPRs (data SME Scoreboard, EUIPO, 2016). And SMEs with registered IPRs benefit from 32% higher revenue per employee than those that do not consider important to protect their intellectual property (data EUIPO, 2015).

According to EPO and EUIPO, a SME detaining at least one IPR have 21% more probability to experience a subsequent growth period, and is 10% more likely to become an HGF. Possible growth is 9% higher for SMEs that possess at least one patent, and 13% higher for those that have led at least one trademark. A similar pattern is shown for companies filing a European IPR (26% growth, 17% high growth), representing for EPO an indicator of SME’s readiness to scale up business to the European level.
As can be expected, high-tech SMEs focused on the exploitation of their property rights are more likely (+110%) to experience high growth. This group includes companies manufacturing pharmaceuticals, computers, electronics, optical products, and air and spacecraft. The percentage is even greater (+172%) for low-tech companies, where patents are not so common assets to be found. European trademarks are particularly important for high growth of consumer non-durable SMEs (+62%), while national trademarks are more relevant (+49%) for consumer durable industries.
Furthermore, holding more than a single IPR boosts the likelihood to achieve high growth. Trademarks (TMs), in particular, are critical assets within an IP bundle, with a potential growth of 27% for the combination design+TMs, compared to 10% for just TMs and 16% for patents+TMs; and all the three combined determine +33% potential odds of high growth. Other non-formal types of IPRs may be also exploited in conjunction with patents, trademarks or designs, i.e. the use of confidentiality (42% of surveyed SMEs), the complexity of product design (29%), a faster time-to-market (24%), or complementary assets (23%) to protect the intellectual assets.

Patents are the typical form IPRs assume within the pharmaceutical industry and all other regulated sectors characterised by long product cycles to protect innovation from being copied. Once granted, this exclusive right is limited in time: typically, patent protection lasts 20 years from the date of the application. It is also limited in space, i.e. only within the jurisdiction of the granting state.

Trademarks and industrial designs often represent a key communication element towards consumers and are more focused on the protection of the investments (i.e. product quality, service or advertising) on which the reputation of firms is based, explains the report. Trademarks can be protected on the basis of either registration, or through their actual use in the marketplace.
Patents are essentially filed for reasons of “commercial exploitation” or “prevention of imitation”, added the experts from EPO and EUIPO. They also support the company’s freedom to operate (FTO) by protecting on-going or future development of its products/services, representing a lever to negotiate cross-licensing agreements in the case of infringement of third-party IPRs. Licensing out is the preferred destination for up to 48% of patents hold by European SMEs (closing a true deal in one third of cases), says the study, compared with 16% (9% closed deals) for large companies.