Many raw materials used to produce food supplements and herbal products, as well as many of the final products, are imported in the European Union from extra-EU countries. They are subjected to dedicated custom procedures at their arrival at the Italian border, including the control of the safety for health and of the compliance to the relevant European regulations applicable to these type of products. The USMAF offices, which are located at the main ports and airports at the Italian borders, are peripheral offices of the Italian Ministry oh Health and are in charged of the controls. 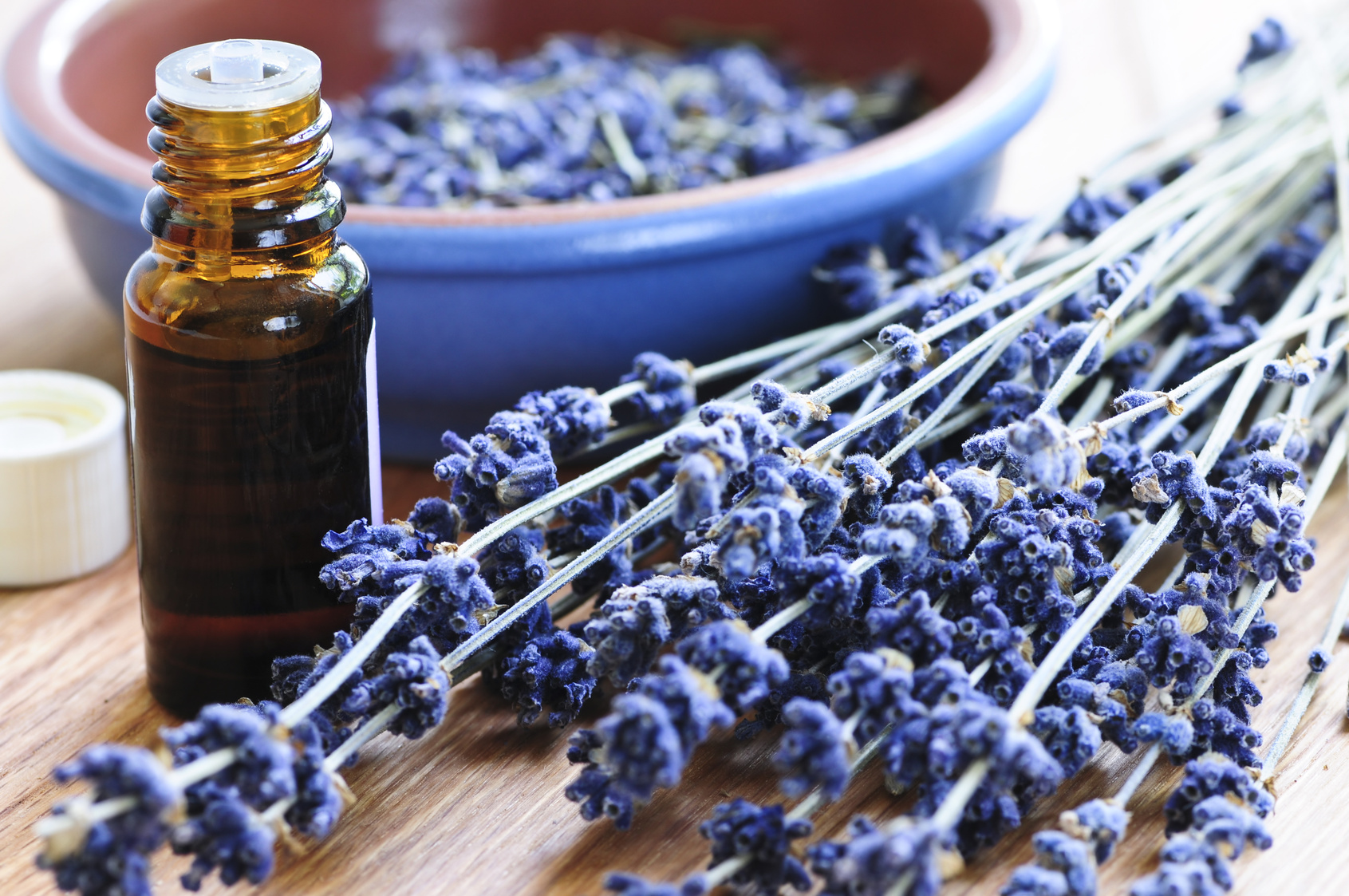 The relevant procedure which applies to imported food supplements and herbal products is the standard operative procedure called POS 11 – “Rilascio N.O.S./DCE sull’importazione di alimenti di origine non animale”. The procedure entered into force on January 1°, 2008 and it is regularly updated. It defines in detail the activities USMAF have to perform to comply to Regulation EC n. 882/2004 “on official controls performed to ensure the verification of compliance with feed and food law, animal health and animal welfare rules”.

The different USMAF offices can also issue local operative procedures in order to better reflect the peculiar characteristics of the territories they are in charged of. Furthermore, a specific operative procedure has been issued by the Ministry of Health to regulate the import of food supplements and herbal products for personal use.

The products subjected to controls

POS 11 applies to all vegetal food products and to those of not animal origin, as well as dietetic products, special foods for particular use and materials at contact with food. The procedure applies to both raw materials and final products imported for commercial use.

«Import procedures are the same for food, food supplements and herbal substances. For packaged products, labelling shall comply with the relevant regulations. Food supplements must be notified in advance to the Ministry of Health and must be included in the official Registry of Food Supplements. Should they not be included in the positive list and in the case they do not report on labelling the number of authorisation received by the Ministry, they are not entitled to enter the market. This is a significant difference compared to normal foods», explains Barbra Bucci, responsible for the Milan Malpensa unit of USMAF Malpensa.

The Italian Registry of Food Supplements

According to D.Lgs. n. 169/2004, after the positive conclusion of the Ministry of Health’s authorisation procedure for a food supplement, the product must be notified to the Italian Registry of Food Supplements, which is managed by the Ministry itself.

A specific single numeric code (i.e. “2031”) is assigned to each product. The previous alpha-numeric code can be used until complete disposal of already-printed labels.

The registration number has to be included on the labelling.

Food products for not human use, such as samples for laboratory use or production validation, are exempted from the import controls. «A simple notification is needed: the importer has to insert relevant data for samples into a dedicated section of the NSIS informatics system of the Ministry of Health, through which all import procedures and the issuing of NOS (nulla osta sanitario) are managed», adds Barbra Bucci. The importer declares through the NSIS system that the food supplement would not be commercialised, specifying its intend use. In the case the product should not be completely used for the tests, it should be destroyed at the end of the activity, or it should be re-exported.

The documental checking on the identity of the product and the materials used is the first step in controls. Samples might be also collected for analysis according to article 15 of Regulation n. 882/2004. Upon the positive completion of the import procedure, a DCE (Common Entry Document – Documento Comune di Entrata) is issued through the NSIS system. This certification is valid all around Europe.

The DCE/NOS is issued upon positive closure of the official controls on foods of not animal origin imported from extra-EU countries.

The documental checking applies to all goods entering the Italian border. Further analytical controls and inspections might be put in place according to the characteristic of the single product, the outcome of the documental control or the issue of specific European alerts or control plans.

«USMAF offices are member of the European RASFF network, in charged of the real time notification of direct and indirect risks for public health due to consumption of food and animal feed. For example, we receive alerts relative to undeclared radiation, the presence of prohibited substances or the missing of statements in labelling – tells Bucci.– Food supplements marketed as slimming aids, for example, might contain pharmacological active substances such as sibutramine. At the Milan Malpensa USMAF office the import of food supplements for commercial use is quite uncommon, while more frequent is those of raw materials for the production of food supplements or herbal products. At Linate and Malpensa airports we also perform many controls of goods imported for personal use: a potentially problematic practice, due to the big quantities of goods Italians buy on the web, often believing the website is a national one just because it is written in Italian. Unfortunately, in almost all cases they are foreign products, often not compliant to European regulations. For example, hormones and other pharmacologically active substances might be present in products imported from the U.S., where this sort of substances are freely commercialised».

The importer has also to attach to the documentation the copy of the invoice, of the shipping document and of the analytical certificates for raw materials, or of the labelling for finished products, as well as the number of the product in the Registry of Food Supplements. USMAF officers check the correspondence of the declared Registry number with that present in the database. The lacking of such registration, or issues with labelling of the products, are the problems more frequently encountered in the import of food supplements and herbal products. The translation in Italian of the label, for example, might be absent or incomplete, or unauthorised health claims might be present.

USMAF offices may run analytical controls on imported goods according to the level of risk: among the more frequent ones are microbiological assays, the presence of heavy metals or other substances contamination, or radiation treatment. Analysis are run by the official public network of Public Health laboratories.

«Vegetal raw materials are often analysed – tells Barbra Bucci – as they require a microbiological control to check for the absence of bacterial contamination, the humidity percentage, the ashes and other analytical parameters such as density, usually indicated into the technical documentation of the product».

In case of uncompliance, if the labelling is incomplete for example, the importer may regularise it directly at the border of, should this not be possible, at the final destination keeping the goods under health restriction. Should prohibited substances be present, the product is not admitted in Italy and it should be destroyed or shipped back. «Notice of the incompliance is transmitted to all USMAF offices and to the national coordination point of the RASFF network, which is responsible to decide whoever to rise an European alert», adds Bucci.

Borderline products are not easily located into a specific category, such as for example food supplements containing substances that might give a pharmacological effect. It may thus be difficult to identify the relevant regulation which should apply to their import. European legislation is the first choice to be applied; if missing, the national legislation applies.

The Belfrit project was started by the health authorities of Belgium, France and Italy in order to fill a common list of herbal substances and botanicals which can be used for food supplements. National lists have been revised upon recent scientific evidence. The final Blefrit list can be updated with insertion of new plants currently not yet present, but authorised in at least one of the three countries.

In Italy, the D.Lgs. 9 July 2012 and the D. Lgs. 27 March 2014 regulate the transition phase allowing for the use of plants which are included in the Belfrit list but “new” for Italy and, conversely, of those present in the Italian list only. Until the final approval of the definitive Belfrit list, both attachments n. 1 and n. 1bis can be used.

Some borderline products are produced within Europe, thus they can freely be marketed. An issue can rise as they might be classified in different ways in different European countries. «If the European Community is not able to reach a common position, national laws are valid. We are happy about the issuing of the Belfrit lists: Italy, France and Belgium are now using the same criteria. The importer might face the need to use different procedures to import the product into different European countries», concludes Barbra Bucci.