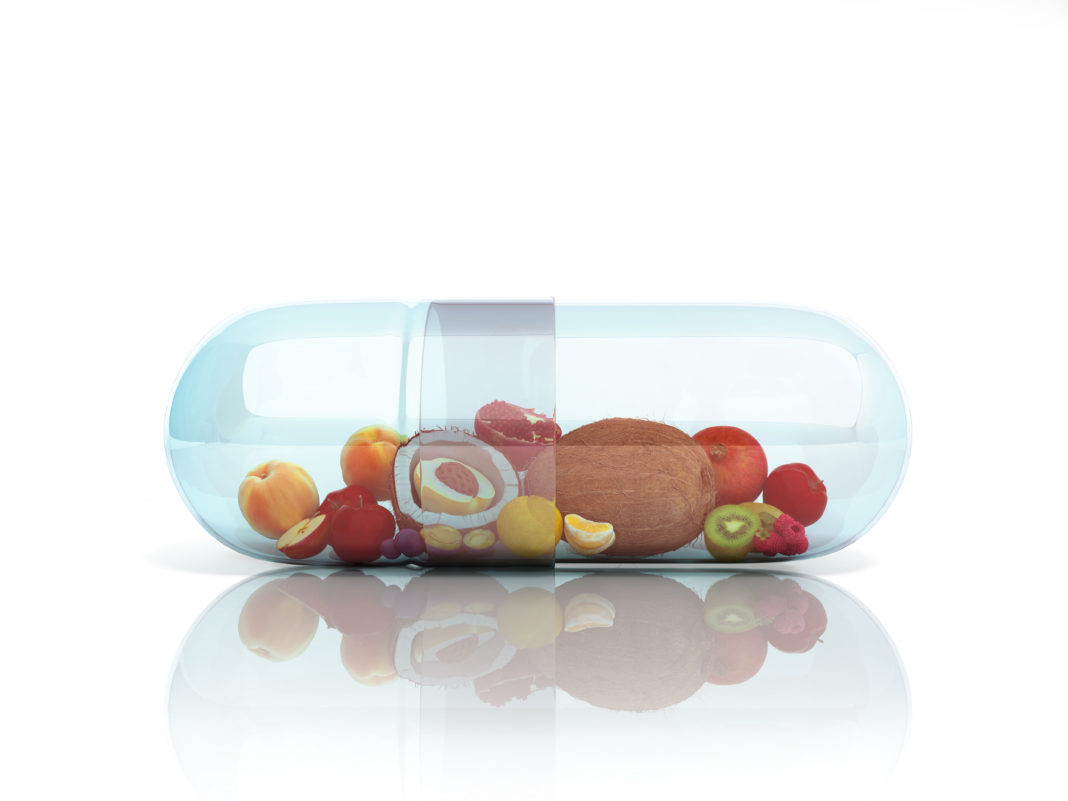 The controlled-release capsules obtained by additive manufacturing have been developed in the US by two Italian researchers, Alice Melocchi and Federico Parietti. Multiply Labs, the startup they founded, is starting to commercialize the dietary supplements, and plans are already in place to expand the business into the pharmaceutical sector

The new 3D printing technology for the manufacturing of “general purpose” controlled-release capsules to be filled with personalised dosages and combinations of dietary supplements have been developed by two Italian researches, Alice Melocchi and Federico Parietti – who both attended the Massachusetts Institute of Technology (MIT), Boston – together with an American cofounder, Joe Wilson.

In 2015, Alice Melocchi was a PhD student coming from the the lab of professor Andrea Gazzaniga, at Milan University, which has a long tradition in the development of controlled released pharmaceutical dosage forms.

Federico Parietti obtained his degrees in mechanical engineering from the Politecnico of Milan and was attending a PhD in robotics at the MIT, where he was also president of the local association of Italian students (MITaly).

«In Gazzaninga’s laboratory, we were always discussing how we could test the emerging 3D printing technologies to develop the capsular container for drug release we have been working on for many years», says Alice Melocchi, CTO of the startup company Multiply Labs, «While I was in Boston, I asked Federico if he could help me access an additive printer». From this first interaction was born Multiply Labs, now based in the San Francisco area. Alice Melocchi remembers how, during the early phases of the project when the first prototypes of the 3D printed capsules were developed, the American way of thinking and the startup spirit permeating Boston greatly helped the two researchers.

Multiply Labs is now entering the US market with 3D printed, personalised dietary supplements, that can be ordered online from the company’s web site on the base of the individual specific nutritional needs. «Nutraceuticals represented the quicker way to bring our technological platform to market, as they are less regulated with respect to drug products and play a different role on health: the delivery platform for dietary supplements allows us to manufacture capsules that can undergo personalisation in terms of quantity of the supplement and time for its release. But the idea born from pharmaceuticals, and it is there we would like to return», says Melocchi.

The two researchers have already overcome many challenges, but this is just the beginning of the story: the next step, anticipates Federico Parietti – now Ceo of Multiply Labs – will see the starting of a dialogue with the Food & Drug Administration in order to also develop the technology for the pharmaceutical sector. «The Californian Department of Public Health authorised our San Francisco facility for the Gmp production of dietary supplements in October 2017» says Parietti, «This is something fundamental for us: this type of products do not require clinical trails if the substances we use are already approved. Focusing on dietary supplements allowed us to attract investors, a difficult goal in California if you cannot demonstrate the ability to rapidly generate revenues. We are now using these revenues also to carry out some new research. But a GMP facility is not enough to enter the pharmaceutical sector: we need also to perform studies to demonstrate the quality, safety and efficacy of our products».

The first patent, filed while Melocchi and Parietti were still working in Boston, and a scientific article which received in 2015 the Best paper award from the Journal of Drug Delivery Science and Technology opened the way towards the development of the general purposes capsules, to be filled with different substances. This turned out to be quite easy, considering that the competitors were more focused on the direct incorporation of active pharmaceutical ingredients into the raw material used for additive printing. «Our target was to separate the container, the release system, from the content. There are more problems to solve in trying to directly print the active ingredient, for example due to degradation induced by heating», says Parietti.

After Joe Wilson, an MBA student at MIT and now COO of Multiply Labs, also joined the team, the following step was to apply to Y Combinator, located in San Francisco. «We were selected for the Summer 2016 batch which meant that we officially founded the startup and completed the incubation program during all summer», tells Alice Melocchi. «Y Combinator is the most prestigious incubator, where companies such as AirB&B and Dropbox were created. Acceptance to Y Combinator is more competitive than either MIT or Harvard universities, as all American investors look at its startups. It was a great chance for us to be selected, in order to launch the startup as quick as possible», adds Parietti.

After the pre-seed phase, in May 2017 Multiply Labs received a new investment of $2.7 million from a group of investors including P101, CRCM, Graph Ventures and Fenox Venture Capital. This sum has been used to build a state-of-the-art GMP facility, whose robotic manufacturing systems are also protected by three different patents.

Many challenges for the first-in-kind innovators

Up to now, the main challenge the team had to face was the construction of the GMP facility to fit requirements of the Californian law on dietary supplements. That challenge required less than a year (January – October 2017) and posed a paradox, given that Y Combinator represents the most advanced frontiers of science and technology. «Everybody is working on software in the Silicon Valley, it is difficult to find machines that are able to develop rapidly and with high accuracy. We have a small internal machine shop work, and we need to produce some mechanical parts ourselves using a mill and lathe», tells Parietti.

The layout of the new facility is similar to the standard one typical of GMP manufacturing, with separated areas for starting materials, production, cleaning, etc. Multiply Labs uses fused deposition modeling as its 3D printing technology, where the initial filament is heated to be then deposited to form the capsule by the additive printer. «No commercial filaments using pharmaceutical grade polymers that can be ingested are available. We had to develop our process to obtain the filament, and check its safety», says Melocchi.

A further challenge involved the need to validate all materials and methods used, which was especially difficult given the complete absence of reference methods for 3D printing. «For this central challenge it has been very important the collaboration we have with the University of Milan. We jointly developed the needed protocols to demonstrate that no degradation occurs with the filament and capsules. The supplier of the HPC we use as raw material does not know how the filament behaves, as they normally use this substance as a coating solution», says Parietti. The typical batch size for a 3D printed production is no more than few dozens capsules, something that also posed issues when compared to the very high numbers of a mass production. «Now that the manufacturing process has been approved, we need to fully industrialise it. It is similar to Tesla: we are on the market, but we need to produce more efficiently. There is a great demand for this type of products, but we are currently in the transition between the prototype manufacturing and a fully industrial system», adds the CEO of Multiply Labs.

How to approach the market

There are currently six full time employees working at Multiply Labs, in addition to four part-time. The orders received from the company’s website already exceed its production capacity, therefore the company will need to start hiring fast. «We started hiring the first workers, but we have more robots than humans. In San Francisco nobody runs manufacturing activities, as the space is very limited» says Parietti.

«Anyone whose interested can simply answer a few easy questions on our website, and a specialised algorithm will return advice on the dietary supplements most suited to their specific needs», explains Melocchi. Each 3D printed capsule is individually sealed into a bag and inserted into a clear plastic dispenser. As Parietti explains, this kind of packaging aims to facilitate customers travelling a lot, which may carry with them only the number of bags they need during the journey. «Delayed and pulsating release caffeine has resulted in a lot of interest. We started from a simple prototype, which allowed us to achieve the release of caffeine after two latency periods of different lengths», says Melocchi.

«3D printing has the advantage of real time production with respect to injection molding, it is thus possible to rapidly obtain prototypes and change the characteristics of the object», explained the CTO of the company. «Injection molding presents advantages from the economic point of view, as the number of pieces and rate of production, but the creation of the mold and its maintenance are very expensive. The mold cannot be modified, and to building a new one costs both time and money».

According to Federico, Multiply Labs’ technology will reach Europe soon, a very interesting market in many ways. First of all, it would be easier to find skilled GMP staff for the manufacturing than in the US. «The University of Milan, for example, is forming many profiles specialised in pharmaceutical sciences, both from the research perspective than the manufacturing one», says the CEO. Alice Melocchi is working at Gazzaniga’s lab as a researcher, and the group is strongly involved in the project, maintains the right to publish research results of the pharma technology. «There is a strong collaboration on clinical trials between the US and Europe, the clinical data might be shared and this is of great interest for us», adds Federico Parietti. «We are also interested in the European market, but it is very fragmented at the level of different countries». We will just need to wait for the arrival of the first 3D printed capsule in Europe!

Y Combinator is a seed-phase incubator founded in 2005 in San Francisco. The new companies are selected twice a year to be incubated for three months, with an initial investment of $120,000, and then presented to a selected group of investors during the Demo Day.