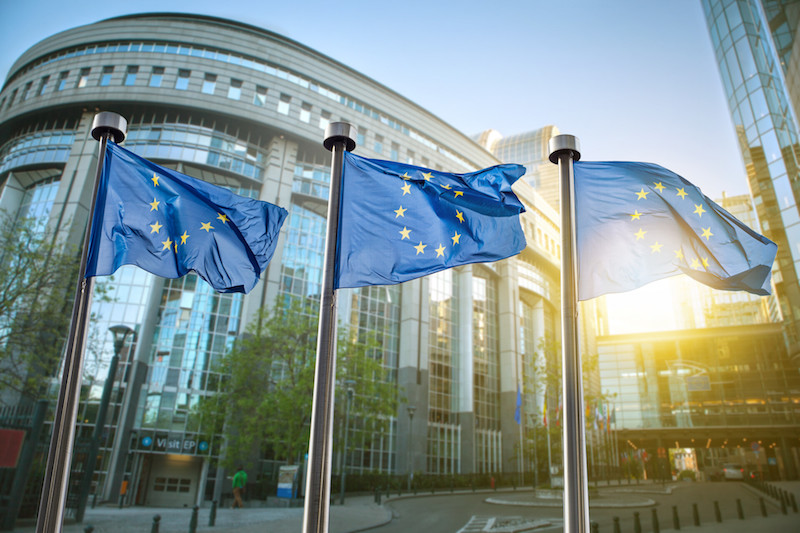 The European Commission’s new Industrial Strategy has been published on March 10th, quite at the beginning of the coronavirus global health crisis. The ecological and digital transitions and the target of a circular economy have been the inspiring principles of the document.

On March 23rd EP member Miroslav Číž presented a question for written answer focusing on the timetable the EU Commission is planning to discuss the new Pharmaceutical Strategy, in view of the possible need to cope with new health crisis in future. The main industrial think tanks in the pharmaceutical field also expressed their positions, which we summarise below.

The main features of the Industrial Strategy

A strong competitive environment, both internal and at the international level, is considered essential to support the development of new ideas by European entrepreneurs. Another action set forth by the Commission is the full implementation of the single market, as it would represent a pillar as for the role the EU can play in setting global standards. The reliability of European supply chains and the availability of a robust digital infrastructure are also envisaged as important factors to contribute the success of the new strategy.

This agenda is supported by the adoption of several other documents and actions complementary to the Strategy and specific to different lines intervention. These include the Single Market Enforcement Action Plan and Single Market Barriers Report, the setting up of a Single Market Enforcement Task-Force, composed of Member States and the Commission, the adoption of a new SME Strategy for a sustainable and digital Europe, the evaluation and review – and adaptation where needed – of the EU competition rules, including the ongoing evaluation of merger control and fitness check of State aid guidelines. The Commission also announced a Intellectual Property Action Plan as the tool to better evaluate the need for a revision of the current IP legal framework. The European Data Strategy will represent the basis for a new EU data economy, together with the creation of European data spaces in specific sectors and value chains. Other initiatives shall include a Digital Services Act to update and strengthen the legal framework for a single market in digital services, and the improvement of the working conditions for platform workers.

Future support to the competitiveness of EU’s R&D shall pass through public-private partnerships and the full implementation of the European Innovation Council by 2021. Place-based innovation and experimentation should be also encouraged, together with the availability of Digital Innovation Hubs to act as one-stop- shops for companies to access technology-testing. A new ‘Pact for Skills’ and the creation of a European Education Area shall support the formation of the needed talents. The Commission confirmed the intention to release its new EU pharmaceutical strategy in 2020, including actions to secure supplies and ensure innovation for patients.

The Strategy highlights some other instruments the Commission plans to improve to reach these ambitious goals. Among these are a White paper on an instrument on foreign subsidies, the intention to work for the strengthening of the global rules on industrial subsidies in the World Trade Organization, the adoption of the International Procurement Instrument and an Action plan on the Customs Union to reinforce customs controls. Many actions have been also announced in the energy and environment field.

The European Federation of the Pharmaceutical Industry Associations (EFPIA), representing innovator pharma companies, described in a post how Europe is gradually losing its traditional leadership position as for pharmaceutical innovation. “If the content of the Pharmaceutical Strategy undermines the ambition of the Industrial Strategy then there is a very real, immediate and tangible risk that Europe becomes simply a market for medical innovation that is researched and developed in other world regions”, wrote EFPIA’s DG Nathalie Moll is another post published on March 1st.

Just 25% of newly approved treatments originated in the EU in the period 2014-2018, according to EFPIA, while Eastern countries such as China are gaining an increasing importance in the R&D field. R&D pharmaceutical investments were approx. € 36,500 million in 2018, when the sector employed 765,000 people around Europe, also said EFPIA. The overall contribution to the EU economy would be over € 100 billion, plus other € 106 billion coming from the supply chain and employee spending (Efpia on PwC data, 2019)

Delocalisation and loss of investments are other trends which would hamper the European competitiveness, in favour not only of China, but also of the US, those R&D investments grew up 8% between 1990 and 2017, vs 4.5% of Europe. “What is crystal clear is that unless the Commission acts now, the trend will continue and even accelerate in the context of fierce global competition for life science investment”, wrote Nathalie Moll.

EFPIA asks for an open and constructive dialogue with the Commission to contribute to the definition of the new Industrial Strategy and the roadmap for Pharmaceuticals. Four main issues have been identified, starting from an IP framework able to protect industrial investments in medical research. A stable and fast regulatory framework would be also appreciated, together with a robust research infrastructure to support the delivery of next generation vaccines and treatments. This innovation should also benefit from a more equitable access for European citizens and patients.

The structure of the internationally interconnected pharmaceutical value chain has been discussed in a post by Koen Berden, Executive Director International Trade for EFPIA.

R&D on one side and sales and marketing at the other are the activities representing the higher added value for a pharmaceutical company, while production is at the bottom of the so-called “smiling curve”. Dr Berden attention went to the high-risk activities typical of R&D pharma companies, resulting in the often discussed difficulty to feed pipelines with industrially sustainable new candidate medicines. “So, one successful medicine has to earn back not only the R&D costs of the development of the medicine itself, but also the costs made for all other failed R&D attempts (9.998 out of 10.000) and compensate capital providers for the risk they have taken with their investments”, wrote Koen Berden.

Not only an industrial strategy, but also a trade strategy would be needed to allow the EU to compete in pharma R&D at the international level in incoming years, according to EFPIA’s expert. “In designing the industrial strategy, it is imperative to acknowledge two issues. First, the ‘assignment problem’ that each policy instrument should be assigned to the target on which it has the greatest relative effect, considering sector specific characteristics. […] Second, the fact that no one stakeholder can create industrial competitiveness alone: only a competitiveness movement that involves all stakeholders can be successful”, he says, while better depicting the specific goals of the four areas of intervention mentioned above.

The position of the generic and biosimilar industry

Medicines for Europe, the association representing the generic and biosimilar industry, welcomed the new Pharmaceutical strategy. From its perspective, the uptake of generic and biosimilar medicines for improved access, the set up of a pan-European cooperation to prevent shortages by addressing the root causes and the delivery of guidelines on procurement of medicines under the EU Procurement Directive, including how to acknowledge investments in manufacturing and reward security of supply, should represent priority lines of action to draft the new policies.

The seminar “A European Union that ensures Patient Access & Sustainability”, organised by the Hungarian Permanent Representation to the EU with the support of the Croatian Presidency of the European Council represented the opportunity to discuss how to achieve a equitable and sustainable access to medicines across the EU. This also include access to medicines to treat cancer, as this disease is the main focus of the EU Commission’s Beating Cancer Plan. A stable supply of essential medicinal products, avoiding the risk of shortage, is another priority to be pursued tackling the economic and regulatory root causes and establishing a pan-European mechanism to coordinate EU and national policies to reduce the risk of shortages and to avoid spillover effects. A “focused, action-oriented high-level pharmaceutical forum, so that all together, policy-makers, regulators, payers, industry and other stakeholders concerned can achieve the right balance between health objectives and industry competitiveness in Europe. Europe can only succeed by breaking down silos to jointly define and implement policy reforms in support of patient access to medicines”, was the request of Medicines for Europe president, Christoph Stoller.

The association is also member of the Industry4Europe Coalition, which groups 154 industrial associations. The initiative supported the definition of the new Industrial and Pharmaceutical Strategies with a position paper published in November 2019 and indicating seven priorities: business-friendly policy environment, sustainability at business core, upgraded skills and training, enhanced research and innovation, investment and improved access to finance, reinforcement of the European Single Market and strengthened trade and international market access. “We have always said that the European Union needs an ambitious industrial strategy to compete with other global regions that have already put industry at the very top of their political agenda. This new EU Industrial Strategy is an important step in that direction”, said Philippe Citroën, Coordinator of the Industry4Europe coalition welcoming the new Strategy. “It is now essential to turn this strategy into concrete actions and to maintain industry at the top of the EU political agenda in the coming years”.