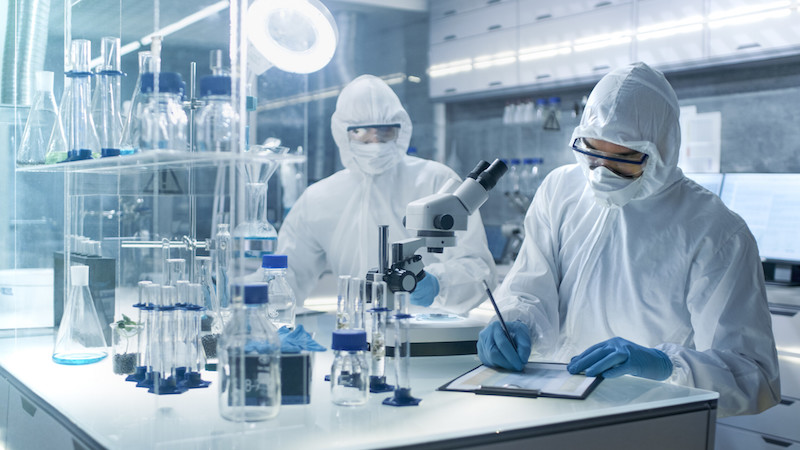 Complex questions are at the core of next generation scientific discoveries and innovations: a true challenge for researchers, that requires an interdisciplinary approach to find creative and disruptive solutions. Interdisciplinary research integrates many different skills within the single research team – from medicine to informatics and engineering, for example; but it may sometimes result quite difficult to merge the different points of view. This difficulty also exists for the evaluation of the interdisciplinary scientific project, both following the application for a new call and afterwards, the outcomes of the funded activities.

Interdisciplinarity of research has been at the centre of the third Symposium organised by Science Europe, the association representing the main European funding institutions (find here the final report). “Interdisciplinarity is the norm: disciplines have to argue why they exist”, said Marc Leman, member of Science Europe’s Scientific Advisory Committee, closing the Symposium.

Many open issues waiting for solutions

The lack of experts with sufficient expertise to peer review interdisciplinary research projects has been identified during the debate as one of the major issues waiting for sustainable solutions. Other priorities to be addressed include the lack of common standards and criteria for this evaluation, and the possible negative impact that may result on the progress of the academic career of interdisciplinary researchers.

“Interdisciplinarity is not new, but it has gained increasing traction in the context of the global transformation of societies, the Sustainable Development Goals, and the ‘Mission-oriented research’ concept of the European Commission”, said Science Europe’s Head of Research Affairs, Bonnie Wolff-Boenisch. According to her presentation, there would still exist some confusion about how to effectively collaborate and evaluate projects. Interdisciplinarity itself would be a good subject for research, as it is characterised by a quite elusive nature. “To properly organise and fund interdisciplinary research, there need to be more tangible elements than principles and unexpected results”, added Søren Harnow Klausen, member of the Scientific Advisory Committee of the association.

A recognition of the different levels and types of multidisciplinary research may represent a first step towards the optimisation of its impact. Four elements have to be considered fundamental to reach this goal, according to Gabriele Bammer, professor at the Australian National University, starting from how the new interdisciplinary knowledge is created from what is already know at the level of the single disciplines. A lack of familiarity with best practices and critical issues typical of each discipline, the dimensions of the integration compared to the number and complexity of each scientific field involved in the project and the need the implementation of the research outcomes should be integral to research itself, with definition of the final targets (governments, industry or society), are other factors impacting on the current potential of interdisciplinarity.

“Funding Agencies have a leadership role in making interdisciplinarity a reality”, said Bammer. The creation of high level organisations – as peers’ colleges, professional associations, etc. – responsible to reach a common consensus on shared frameworks and coordination models has been suggested as a possible way to overcome the current fragmentation of interdisciplinary research.

The role of funding institutions

A list of nine non-exhaustive measures that may be exerted by funding institutions in order to increase the impact of interdisciplinarity in research has been discussed during the Symposium. These include long-period investments and vision, the creation of a strong leadership able to recognise experience at the level of project evaluation, and attention to the quality of the methods used to be paid by peer-reviewers. This last action should also involve the use of more uniform criteria for the preparation of the section relative to interdisciplinary methods during the drafting of projects or scientific papers.

The education of multidisciplinary young scientists and their career are other key points that should be considered to better sustain the diffusion of interdisciplinary research, says the report. “Interdisciplinarity as it exists can be accommodated by research funders using existing mechanisms, but for truly interdisciplinary sciences to flourish, it would need more fundamental and structural changes in the research and education systems”, said Benjamin Turner, representing the European Research Council.

The ERC’s Synergy Grants, for example, are funding teams of two-four Principal Investigators interested in working together to tackle ambitious research problems. Evaluation of the proposals is made by the ERC on the sole criterion of scientific excellence, and taking in consideration also the additional meaning of outstanding intrinsic synergetic effect.

The Academy of Finland (AKA) is using algorithm-based analysis to evaluate multidisciplinarity in proposals. Examples of application of this new method include both funding of long-term programme-based research where top-down multidisciplinarity is required and support to academy programmes and projects aimed to improve the impact of Finnish science and bottom-up research.

In Austria, the FWF’s Young Independent Research Groups (YIRG) is a postdoc programme specifically targeted to the creation of innovative, interdisciplinary teams, where early-career postdocs are given a medium-term opportunity (4 years) to run interdisciplinary research collaboration on a complex, innovative topic with a mixed team of three-to-five researchers.

Communication skills are not a secondary point to be addressed while planning interdisciplinary projects, according to Science Europe. “It is important to openly communicate indirect commitments that matter to project decision-making in interdisciplinary research projects”, said Michael O’Rourke from Michigan State University.

Communication includes relational aspects at the basis of the sharing of information and interpersonal exchanges, that can be affected by cultural, value and language bias across the different disciplines. A robust eco-system for inputs from the single disciplines would thus be needed, according to O’Rourke, to make available coherent answers to the interdisciplinary team on how to conduct research and to better define expectations.

The new, interdisciplinary knowledge should be stored overcoming the silos fragmentation typical of many scientific areas. Education is also very important, and it should include competences on new digital and artificial intelligence technologies. Deep learning algorithms are expected to play an increasing role within interdisciplinary research to find solutions for complex real-world problems. The Chair of Science Europe’s Scientific Advisory Committee, Ola Erstad, made the example of Finland and Norway, where an holistic approach based on deep learning is gaining an increasing role within school curricula.