The EU Risk Assessment Guidelines for Excipients (2015/C 95/02) has been issued in March 2015 in order to track and control the safety and quality of pharmaceutical excipients during the entire life cycle of a medicinal product. The guideline will come into force on March 21, 2016: by this date, all pharmaceutical companies holding marketing authorisations have to close and document the risk analysis on excipients used to manufacture their products.

Should the identified risk level be too high, the producers have also to implement corrective actions in order to decrease it to acceptable levels. The 2015/C 95/02 guideline represents an extension to excipients of GMPs and GDPs criteria already in use to monitor the life cycle of pharmaceutical active ingredients and of the finished medicinal products. 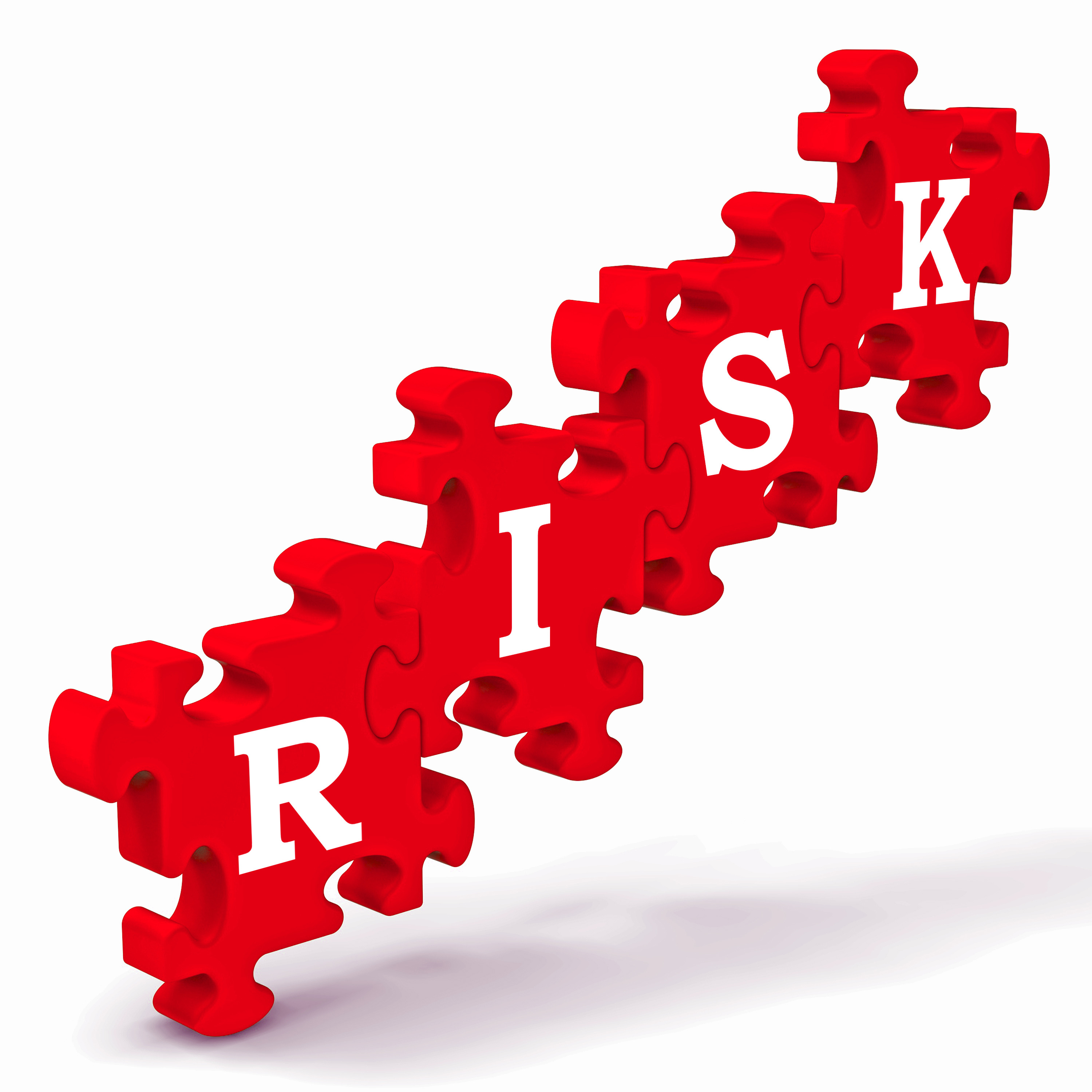 The history of the new guideline

«We need to start from an hystorical premise: some years ago authorities tried to introduce the concept that pharmaceutical’s GMPs should have applied to anything related to the manufacturing of a medicinal products, included the excipients. Pharmaceutical’s GMPs are very restrictive and have a different purpose, the suppliers of excipients wouldn’t had been able to assure full compliance. Upon negotiations, MAPIC – Federchimica obtained that the manufacturer of the finished product is the sole responsible to verify the appropriateness of the excipients and of their suppliers» tells past-president of MAPIC – Federchimica, Vincenzo Rialdi. The Group is part of the Italian Association of raw materials and excipients manufacturers for the cosmetics and pharmaceutical industry.

The first draft of the guideline was released two years ago for public consultation. Its final version differs in some points from the draft one and it adopts the base concepts of risk assessment already used for other European Regulations. «The guideline strictly follows the general framework adopted ten years ago by the European regulators, it’s something positive. The goal is to give criteria – not rules – the companies should follow. It’s then the company’s responsibility to set rules fitting the identified risks. In this way, money, effort and work are invested just where necessary. On the other hand, the approach asks for the detailed analysis of any single process», says MAPIC’s Technical Coordinator Marco Vassallo.

The specific knowledge of products and processes is the base of any risk assessment: something which traditionally represents a peculiar characteristic of the Italian pharmaceutical manufacturing, from active ingredients to final products. The life cycle analysis will now include also excipients, a possible competitive advantage for the Italian manufacturing industry compared to lower-cost competitors. «The distinction now made between “good” and “bad” excipient’s manufacturing is something positive. If these aspects are not regulated, there is the risk to buy the excipients in extra-EU countries for a lower price, to the detriment of safety», adds Vassallo.

What will change in future

Pharmaceutical companies expect a positive impact from the adoption of the new guideline, as explained by Alessandro Regola, Quality Unit manager of Bayer HealthCare Manufacturing and supervisor of the Quality Commission of the Associazione Farmaceutici Industria (AFI). «The guideline provides pharmaceutical companies with a structured approach to this GMP’s aspect. The document is well drafted and guides us along the assessment of the suitability of excipients and of the level of GMPs that we should ask to our suppliers».

Many of the information required by the guideline is already available to the finished product’s manufacturers, there is need just to organise it. «This represents the added value of risk assessment, as it helps us to document decisions and to make them more actual – further tells Regola -. The guideline doesn’t modify the contents of our operative procedures, while it acts on the way the issue is approached and decisions are taken. The debate about the excipients’ supply chain and audits is a years long one. In my opinion, pharmaceutical companies are ready, as well as for the implementation of risk assessment, which is already a request for other aspects of GMPs/GDPs».

Risk assessment is something known already also by the fine chemicals producers, as Vincenzo Rialdi explains: «The new ISO 9001 release moves from preventive actions to risk assessment applied to the entire system, and particularly to critical issues. Furthermore, in our field GMPs already includes risk assessment and change control».

According to Marco Vassallo, the main novelty introduced by the guideline is the responsibility the pharmaceutical industries now have to decide what would be the most suited rules to adopt to perform risk assessment with respect to their products. These rules have to be transmitted to the suppliers for adoption. «In the hypothesis a medium-sized company that needs to manage 500-1000 excipients – and if the rule should be applied by March 2016 – it’s fine if the pharmaceutical manufacturer was already working on this. Excipients’ suppliers have not received by now many requests. This means that pharmaceutical companies are working on the information already available. It’s likely they are working on homogeneous classes of excipients, rather than on single ones: once this will be finished it would be easier to manage the process», says MAPIC’s Technical Coordinator.

Chapter 3.3 of the guideline states that the already available quality system certifications or GMPs of the supplier must been taken into account in order to check compliance. «A supplier might be already certified IPEC-PQG, a good manufacturing standard for pharmaceutical excipients. This is something that uphold both the finished product manufacturer and the suppliers that invested on standards and certifications», further tells Vassallo. The European Federation for Cosmetic Ingredients (EFfCI) issued in 2005 the EFfCI GMP guidelines for cosmetics ingredients, which are strictly following IPEC-PQG indications.

A short time to comply

The remaining time to complete risk evaluation on excipients and introduce, if necessary, the corrective action is now very short. «It depends on how the companies are structured and on the number of their suppliers if they will manage to be ready in time. Some manufacturing facilities are in a favourable position as they have few products and few suppliers to manage. Others have very diversified portfolios and need to manage many excipients and suppliers. The first risk evaluation must be run on all products: as a consequence, the further priority of action would depend on the type of product portfolio», tells Alessandro Regola.

«The guideline differs from the draft, something that might have created some issue. Unofficially, some national authorities said already that, at the first instance, they would not ask for evaluations of single excipients, but just for homogeneous groups», adds Marco Vassallo.

The quality of the excipients is crucial for the quality of the final medicinal product, as it might influence the contamination profile with other substances, the stability and the biopharmaceutical characteristics. «I don’t expect our formulations would change – tells the Quality Unit manager of Bayer HealthCare. – From this point of view, I don’t believe this risk analysis might tell us something completely new. More likely, it might identify some gap in GMPs that would need to be managed by the suppliers». In such an instance, the pharmaceutical manufacturer has to ask the supplier to adopt all the measures needed to fulfil with GMPs.

The International Federation of Pharmaceutical Excipients producers (IPEC) issued some concerns about the risk that “the implementation of appropriate excipient GMPs by suppliers (…) may be difficult to achieve for manufacturers of certain substances not typically produced as pharmaceutical excipients”. Some suppliers may find economically inconvenient to invest in GMPs implementation, a fact that may lead to the future unavailability of some pharma-grade excipients. Should this be the case, the pharmaceutical company should replace them. «Excipients for topical use (not injectable and not per os ones) usually don’t differs between cosmetics and pharmaceuticals. If we consider substances used to produce capsules, the grade may differ», says Vincenzo Rialdi.

An excipient, for example, may result safe for the use in four different applications, but not for the fifth one. «This is the reason why risk assessment is needed: it is not enough to identify the producer and the material. Europe is the world leader in this approach, the main focus is patient’s safety. It’s a routine already for active substances», tells Marco Vassallo.

A good collaboration between the supplier and the pharmaceutical company is essential to fill the gaps that may rise upon risk assessment. «Some suppliers are available, some others are less. If the audit is not allowed, for example, we experience difficulties to verify the respect of GMPs. We can submit questionnaires, but the feedback is different. Should we identify some not compliance upon audit, the corrective action has to be agreed upon with the supplier, and this is not always possible. Excipients suppliers’ associations may play an important role with this respect, as they might provide their members with support and instructions», says Alessandro Regola.

Should there be some issue of this kind, and in the case a different supplier would not be available in a short time, the pharmaceutical company needs to run a new risk analysis. «It’s a further evaluation that adds to the initial one, aimed to evaluate the risk associated to the non compliance to GMPs of the supplier. Mitigation actions might be identified, as for example the analysis of incoming lots of excipients. This sort of situation can only be a provisional one. If the supplier do not improve its GMPs, we need to identify a different manufacturer», adds Regola.

The priority list for the evaluation of excipients set forth by a pharma company is crucial to prevent the need to switch to alternative suppliers.

The identity of the suppliers of excipients used to produce the finished medicinal products has not to be declared into the regulatory dossier submitted to the Authorities to obtain the marketing authorisation. This sort of obligation is in force just for the identity of suppliers of the active ingredient. «The quality of the excipients can be assessed upon the Pharmacopeia data or the Monographies. Different would be the case there is need to switch to a different excipient, but I believe this will be a rare occurrence», says Alessandro Regola. It could happen, for example, in the case of a single supplier for the excipient, should it consider not economically convenient to further manufacture it. «A change of excipient is the last resource. Mitigation of the risk and collaboration with suppliers are fundamental in order to avoid the need to change the formulation», tells Alessandro Regola.