Home EIPG Newsletter Regulatory Revised guidelines on the use of genetics and genetic testing in health... 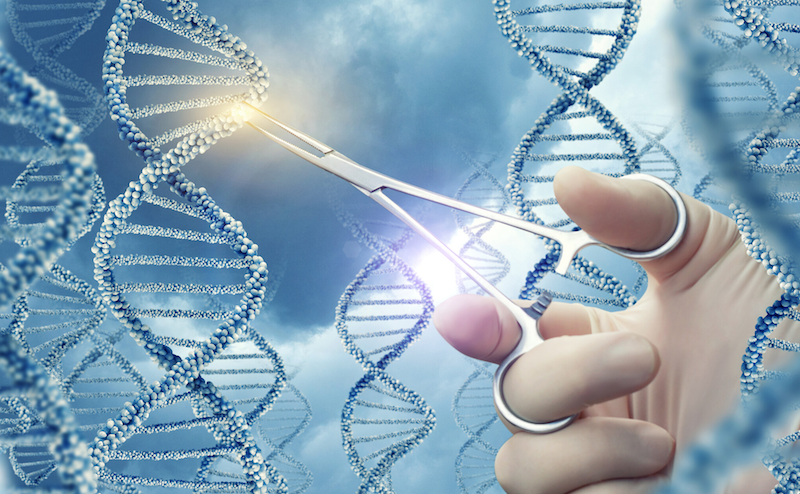 The Reykjavik Declaration on the use of genetics and genetic testing, first issued in 2005 by the World Medical Association (WMA), has been recently revised during the 70° General Assembly to update its content to the progress of science and the new technologies now available to manipulate cells and nucleic acids (find here the document). “At a time when consumer genetic testing is growing, it is very important that we update our guidelines for the protection of patients”, said WMA President Dr. Miguel Jorge.

The WMA clearly states in the Declaration its opposition towards the possibility to use gene editing or other techniques to alter human germ-line cells, due to the many still scientifically unresolved risks. These emerging technologies can thus be only applied to somatic cells or staminal cells for regenerative medicine applications, also at the clinical level. WMA completely exclude the possibility to modify germ-line cells for reproductive cloning of humans.

A great value still coupled to many risks

Genetics is probably the most important emerging technology in the biomedical field since the beginning of the third millennium. Gene editing technologies are now very cheap and widely available; genetics proves also useful to predict the multifactorial risks at the basis of many diseases. The therapeutic application of these techniques represents a great value for both the single patient and the overall society, says the Declarations, but on the other hand there are still risks related to the protection of personal data and the privacy of patients..

These considerations are at the basis of WMA’s position declaring the ethical use of genetics and genetic testing only if it is directly related to the provision of new modalities to cure illness. The WMA’s ethical principles detailed into the Taipei Declaration on health databases and biobanks should guide the collection, storage and use of patients’ data, while the Helsinki Declaration should represent the reference to run medical research involving human subjects.

It is not easy to deal with the many, and often competing, interests involved in the development and exploitation of new advanced therapies. The collection of genetic profiles is at the center of very “intense” interests, and it also represents a highly sensitive field with respect to the data protection regulation, as it allows for the precise identification of a single person and of his/her health status. The final impact is still not fully understood, says the Declaration, which also states the impossibility to completely anonymise genetic data.

Genetics offers for the first time a true possibility to permanently solve many yet orphan diseases (e.g.some types of cancers). But the patients may not be the only ones impacted by the therapy or the genetic testing, as their relatives might be also asked to give access to their genetic profiles in order to evaluate the possible occurrence/prevention of the same disease.

How to properly inform and use genetic data

The use of genetic data should be always based on the possible benefit for patients, says the Reykjavik Declaration. According to the WMA, predictive genetic testing in children represents a particularly delicate issue and it should be taken into consideration only when clear clinical indications are available , and for the only interest of the child involved.

This also means that the use of data should be limited just to the purpose of the specific genetic testing they have been acquired for. This critical step has to be formalised through the informed consent. The Declaration details the points it should contain in a clearly understandable form. Among these are the nature, purpose and benefits of the genetic testing, its limits and the nature and meaning of the information so obtained. The informed consent should also state modalities to communicate the results and the new findings that may arise in future. Another important feature is the description of the different therapeutic choices resulting from the testing; the document should also provide the modalities for the storage of data and biological samples (where and for how long), included specifications of who is allowed to access current and future data.

This also refers to the secondary use of genetic data or samples, a hot and still unresolved issue. Current rules limit the secondary use of genetic data for research in the case of new projects activated after the acquisition of the informed consent; this greatly impact, for example, on the possibility to run retrospective clinical studies. Secondary use of data should always reflect patients’ preferences and the meaningfulness of the so obtained results for both the health of the single patient and other interests, included those of his/her family. The scientific validity of results should also be considered, together with the strength of evidences linking them to risks for patient’s health and to the possibility to make the new results “actionable”. The informed consent should also explain how would be managed results that may impact on the family of patients, as well as how data can be shared or possibly commercialised, the intellectual property arising from them and their transfer to third parties.

The patient should be supported by a psychologist both before the execution of the testing and for the interpretation of results, through the activation of genetic counselling procedures. This is important to ensure the decisions assumed by patients truly reflect their values and interests, including the right to refuse genetic testing and/or therapies. Due to the possible impact on the patients’ family, it should be the patient him/herself to communicate the results of genetic testing to its relatives. Medical doctors should be only involved in this process – upon consultation with the patient and the hospital’s ethical committee.

The psychological impact of genetics and genetic testing relates also to the possible discriminations that may occur at the level of human rights, work environment or insurances. The Declaration states the need to protect both patients and their families from this risk, with a particular attention to the more vulnerable people.

Genetic testing still has a quite high impact of healthcare costs, that should always be carefully evaluated in comparison to the expected benefit for the patient. Informed consent should also detail information on the reliability, accuracy, quality and limits of the specific tests, an aspect particularly relevant when considering the highly growing market of direct-to-consumer genetic testing.

This sort of testing is currently widely used in the contest of clinical trials to support the action of a certain medicinal product; this is a very delicate phase, according to the Declaration, as the testing may reveal a serious risk for patient’s health. In this case too, genetic counselling should be always provided in order to identify together with the patient the more appropriate therapeutic intervention.

The use of gene editing on somatic cells or that of gene therapy should reflect the autonomous decision of the patient, and reflect the deontology of the medical profession. With this respect, the informed consent should also list all possible risks linked to this type of intervention, that should be always activated after the running of a detailed risk-benefit analysis of the perceived efficacy of the therapy.

How to support the diffusion of genetics in healthcare

Genomic sequencing is transforming the clinical practice, thanks to the support of a total $4 billion investments in national genomic-medicines initiatives by governments of several countries, according to a paper published in The American Journal of Human Genetics. The different approaches taken by countries e.g. the US, the UK, France and Australia have been discussed with reference to both the organisation of local healthcare systems, active initiatives in the field of genome sequencing and the infrastructures supporting them, and policies to improve the acquisition and management of data and the corresponding investments. Wider international collaborations are envisaged in order to expand the representativity of the population reference dataset needed to improve the variant interpretation at the global level and the discovery of the genes associated with still orphan diseases. Such collaborations should also prove useful for the optimisation of health priorities and healthcare systems.

Evidence generation and data sharing are the two key priorities identified, which have to face the very big amount of investments needed to further expand this sort of population profiling. There is still an insufficient body of evidence to support the clinical utility of genomic testing, according to authors, and reimbursement methods are also considered unsuited to support the transformation. Data silos are still the main barrier to the sharing of data and the development of knowledge databases. The solution suggested asks for a wider availability of technical standards and policy guidance to make possible the real transformation of how healthcare shall be provided to patients in coming years.

Genomic information and the pharmaceutical business

The NIH’s workshop “Genome-Based Therapeutics: Targeted Drug Discovery and Development” addressed issues related to the use of genomic information in the development of new therapies (see here the Workshop Summary). Genomics data are today widely used in R&D in conjunction to artificial intelligence to identify new targets, solve complex biological pathways, support the identification of possible respondents to therapies or foreseen the adverse effects of a certain treatment.

The pharmaceutical industry greatly invested towards this direction, both in the form of the  acquisition of smaller biotech companies where the technologies were created and of collaborative partnerships with academic and other  institutional partners. According to Nicholas Davies from PwC, the pharmaceutical industry invested an estimated $125 billion in R&D across the industry, 5% of which specifically on genetic and genomic research.

Reduction of costs for genomic sequencing and other technologies i.e. CRISPR-Cas9, and the development of companion diagnostics greatly improved R&D activities for the development of new therapeutic approaches. According to the FDA, more than 110 marketed drugs have pharmacogenetic biomarkers on the label, was reported during the workshop. Oncology remains the most studied area, followed by the cardiovascular system, central nervous system, and immune system. Even if genomic testing is now widely diffused, according to Nicholas Davies  many of these methods are not being employed in late-stage development due to a reluctance of pharmaceutical companies to enable genomic- or genetic-based trials. The dimension of the potential market, far less than that of a traditional medicine, is also a common worry for the industry, but it might be counterbalanced by the greater attention to cost-effectiveness and outcomes-driven therapies.