The first-in-class new chimeric antigen receptor T cell (CAR-T) cell therapy – Novartis’ Kymriah™ (tisagenlecleucel, CTL019) for children and young adults with B-ALL cell that is refractory or has relapsed at least twice – has received FDA approval at the end of August 2017. 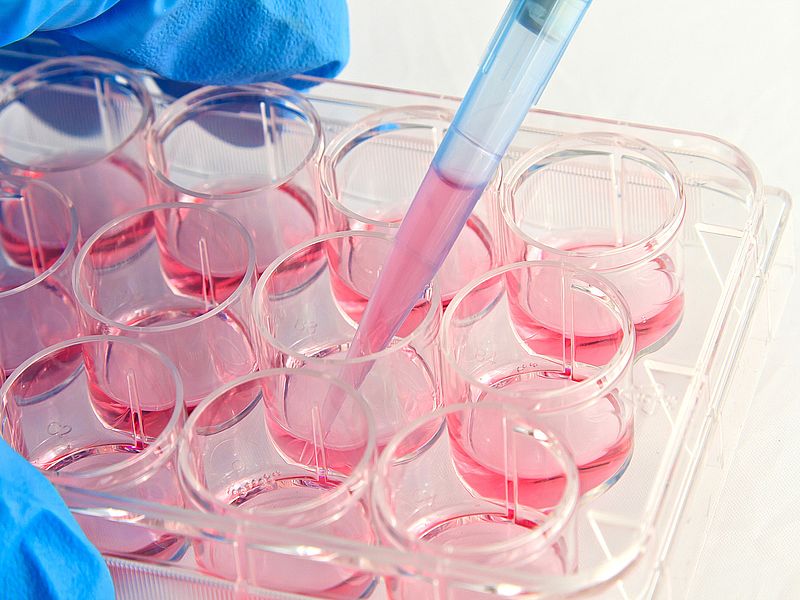 The new approach is based on the reprogramming of autologous T cells, obtained from the patient by leukapheresis, through insertion of a viral vector encoding for molecules able to recognize cancer cells and other cells expressing a specific antigen (CD19). Once administered to the patient, CAR-T cells have the potential to recognize and bind to the cancer cells and other cells expressing the specific antigen, a process that initiate direct cell death.

The challenges of a complex manufacturing

Kymriah’s suspension for intravenous infusion is obtained though a complex process that starts in hospital, where patient’s blood containing T cells is collected, to then continue in the cGMP facility where reprogramming, quality and batch  controls take place, to finally end again in hospital with the administration of the therapy to the patient. According to Novartis, the first CAR-T cell therapy on the market will be manufactured for each individual patient at the Novartis Morris Plains, New Jersey facility. The integrated manufacturing and supply chain platform operates on a global scale and manages many critical steps, including viral production, genetic modification, cell expansion, quality control and analysis and cryopreservation of the cells.

The high variability of cells deriving from different patients poses many technical and regulatory challenges along this pathway, such as the definition of specifications and the characterisation of the final product. Batch failure is a concrete possibility in CAR-T cell manufacturing, according to the paper signed by Shirley M. Bartido and published in Cell & Gene Therapy Insights.

Manufacturing requires ‘more than minimal manipulations’ (MTMM) on the cell product, argues the paper, thus it is regulated in the U.S. under the Public Health Service Act (PHSAct) section 351. The paper also reports details of U.S. and ICH guidelines relevant to cell therapy development.

According to an editorial by Frederick L. Locke and Marco L. Davila published in the Expert Opinion on Biological Therapy (you can access it here) the accelerated approval of such kind of therapies is based on surrogate endpoints.

It thus requires a deep post-marketing development phase, inclusive of new trials and surveillance activities in order to define the morbidity, mortality, and efficacy of the therapy and its overall survival compared to standard salvage therapy. Other points needing further attention are the production failure rate of autologous CAR-T cells and the impact of the type of virus (lentivirus or gammaretrovirus) used for the reprogramming. Shirley Bartido also evidences the need to test for the possibility of having a replication competent ret­rovirus (RCR) during the transduction of T cells with the viral vector. The intended modification delivered by the vector is generally  inserted using gene editing techniques, a further point that requires great attention with respect to undesired target- related effects. According to Bartido, traditional preclinical pharmacokinetic  studies are usually not feasible for this kind of therapeutics, as well as the use of animal models to determine cytotoxicity.

Among risks typical of the clinical development of CAR-T cell therapies (that significantly differs from the standard one), Bartido identifies the potential for prolonged biological activity after a single administration, a high potential for immunogenicity or the need for relatively invasive procedures to administer the product: all aspects to be kept in mind since the very beginning of early clinical development. Locke and Davila estimates some 10,000 patients undergoing the new therapy each year in the United States, a number that requires to address the possible emergence of rare, but potentially severe toxicities. Juno Therapeutics reported five deaths for cerebral edema during the phase 2 “Rocket” trial with JCAR015 therapy, which was thus ended up.

The Foundation for the Accreditation of Cellular Therapy (FACT) and the Joint Accreditation Committee ISCT – EBMT (JACIE) jointly developed international standards for immune effector cell therapies, which include CAR T cell therapies. Locke and Davila suggest that the accreditation, even if not compulsory, might represent a quality identifier useful both for patients, payers and manufacturers assurances.

Long term safety monitoring might benefit of conservation of biological samples: the paper suggest several already existing database, such as the one of the C.W. Bill Young Cell Transplantation Program  and the Stem Cell Therapeutic Outcomes Database (SCTOD) as examples possible repositories external to the manufacturing companies.

The financial impact of innovation

The CAR-T cell therapy is currently available in the U.S. and it can be delivered only by the network of certified treatment centers established by Novartis. The FDA has approved also a risk evaluation and mitigation strategy (REMS) for Kymriah, to inform and educate healthcare professionals about the risks that may be associated with the treatment. According to Bartido, cytokine release syndromes (CRS), macrophage activation syndromes (MAS), on-target off-tumor toxicity, neurotoxicity and TL are among the most frequent adverse effects.

According to Novartis, a new collaboration with Medicare and Medicaid Services (CMS) will focus on improving efficiencies in current regulatory requirements and it should provide access to patients on the base of indication-based pricing. Payments shall be outcomes-based.