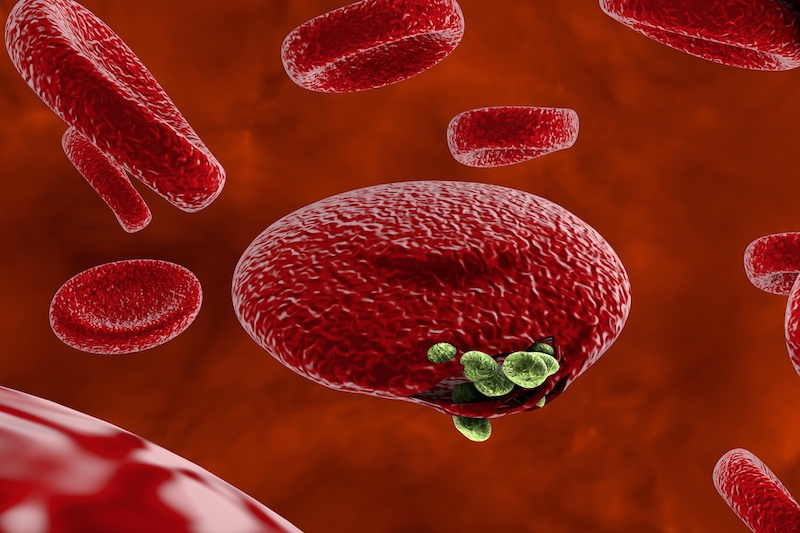 A new potential way to promote blood clotting in people affected by the Von Willebrand Disease (VWD) has been discovered by a group of Irish researchers from the Royal College of Surgeons in Ireland (RCSI); the results have been published in the Journal of Thrombosis and Haemostasis.

The research was funded by the SFI-Pfizer Biotherapeutics Innovation Award Programme and was aimed to test a modified molecule to verify its effect on the half-life of the clotting protein involved in the Von Willebrand disease compared to the unmodified protein in laboratory models.

“The current treatments for Von Willebrand Disease place a heavy burden on healthcare systems and for the patients themselves. Long-acting therapies for the disease have the potential to reduce this burden. While more preclinical testing is need, these are promising early results,” said the study’s lead author Dr Jamie O’Sullivan, a research lecturer within the Irish Centre for Vascular Biology at RCSI.

The results from the Irish group

The research group focused its attention on the A1A2A3 domains of Von Willebrand Factor (VWF), which have been subject to site-directed N-linked glycosylation or conjugation to a 40 kDa polyethylene glycol (PEG) linker. Upon administration to VWF−/− mice, the tested molecules demonstrated the capacity to significantly increase the half-life of the A1A2A3‐VWF domains in a site‐specific manner.

The three functional domains are involved in the regulation of the in vivo clearance of the Von Willebrand factor mediated by macrophages. The A1 domain is responsible for the modulation of the interaction with the low‐density lipoprotein receptor‐related protein‐1 (LRP1) clearance receptor of macropaheges. PEGylation of the A1 (S1286) and A3 domain (V1803, S1807), in particular, resulted in the attenuation of VWF clearance in vivo, compared to wild‐type A1A2A3‐VWF, and altered the ability of the factor to bind to differentiated THP‐1 macrophages and LRP1 cluster II and cluster IV in vitro. No significant effect has been obtained by N-glycosylation of the A3 domain. Similarly, increased half-life was observed by PEGylation of the A3 domain, while no significant effect came from N-glycosylation of the same sites.

Von Willebrand disease is the most common genetic bleeding disorder, an inherited defect that affects up to 1% of the world’s population giving often rise to mild symptoms. This causes many patients to be unaware of the condition, which can manifest in all its gravity upon the occurrence of a serious injury or the need for surgery. A dysfunctional protein involved in the clotting processes, resulting from the transcription of a mutant gene, is the cause of the Von Willebrand disease; the choice of currently available treatments depends on the diagnosis and severity and include replacement of the defective protein or use of tranexamic acid, desmopressin (DDAVP), or fibrin glue.

The disease is the result of a defective gene inherited both from the maternal and paternal cell lineage, and it affects both women and men. Inheritance gives rise to Type 1, 2 and 3 of the disease, the first two being passed on by just one parent only, the third by both (learn more here).

Symptoms varies among the different types of the disease. A deficiency of VWF in the blood in the range 20%-50% of normal characterises Type 1 disease and gives mild symptoms. These can become moderate in Type 2 VWD (four different subtypes possible, 2A, 2B, 2M and 2N), according to the presence and behaviour of specific multimers. More severe symptoms are typical of the Type 3 WFD, resulting in occasional spontaneous bleeding often occurring into the joints and muscles. An acquired form is also possible, linked to the occurrence of lupus erythematosus, or of autoimmune diseases and certain kind of cancer.

The Von Willebrand Factor (VWF) is an adhesive and multimeric glycoprotein discovered in 1924 by a Finnish scientist, and then cloned in 1985. Its role in haemostasis has been deeply described is several papers, see for example Blood Transfusion and the Indian Journal of Pharmaceutical Sciences. The gene is located on the short arm of chromosome 12 and it generates a 2813 amino acids’ protein (approx. 310 Da). VWF is involved in binding with plasma proteins (especially factor VIII) and in the mediation of platelet adhesion to damaged vascular subendothelium. The A1 and A3 domains bind to fibrillar collagen, and two specific receptors on platelet membrane (glycoprotein GPIbα and the integrin αIIbβ3) are responsible for the adhesion process. The multimers of the glycoprotein forms upon N-glycosylation of monomers.