The new European guideline on the risk assessment for pharmaceutical excipients a GMP-like framework for the qualification of the suppliers of these important category of raw materials. 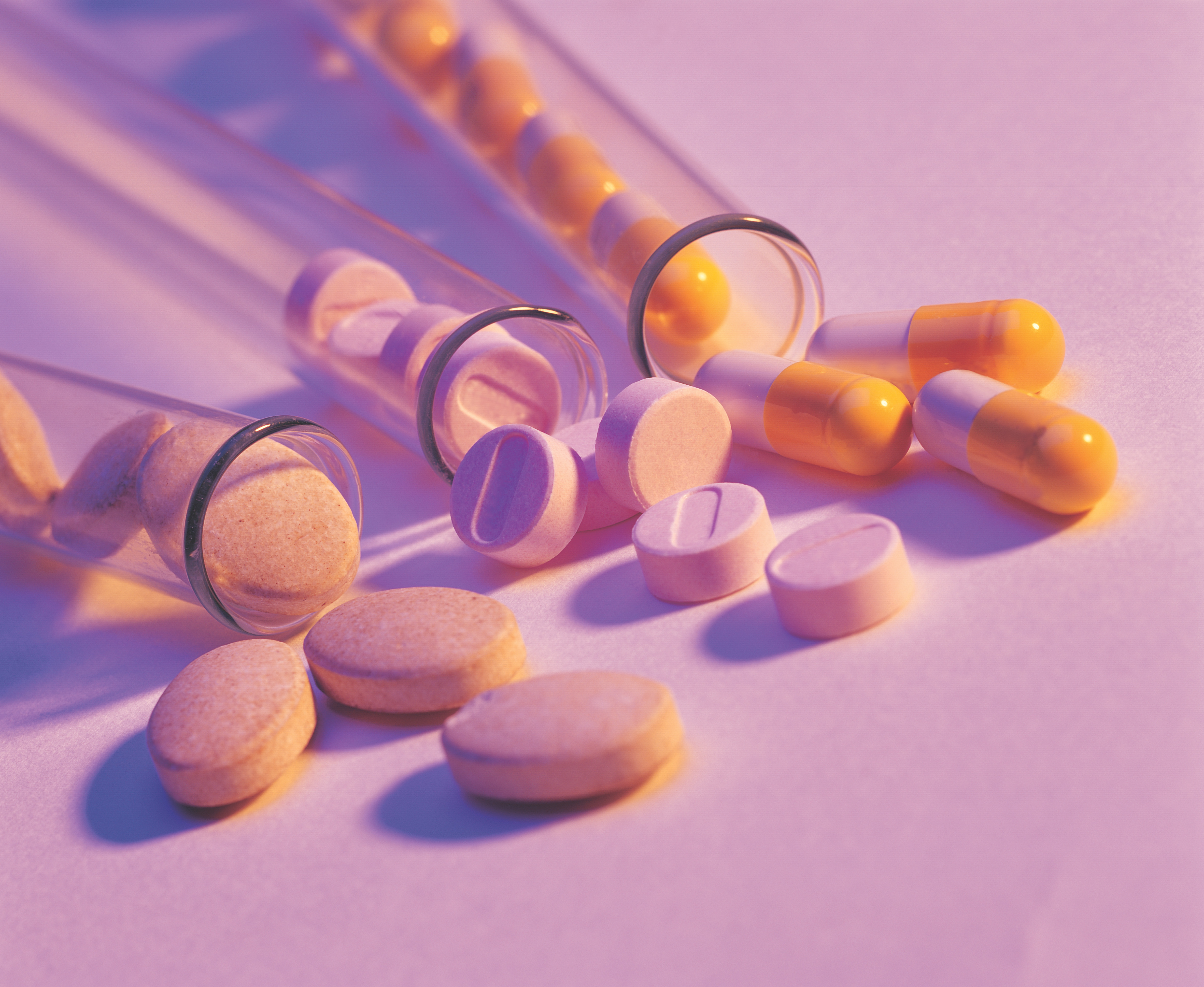 Excipients are no more just an inert raw material used to formulate the active ingredient in a medicinal product: functional excipients have become a central key point in the development of innovative dosage forms in order to tune their properties. The “Guidelines of 19 March 2015 on the formalised risk assessment for ascertaining the appropriate good manufacturing practice for excipients of medicinal products for human us” (2015/C 95/02) has formally regulated some critical steps in the supply chain of excipients through the adoption of a risk assessment procedure similar to those already in place for the active ingredients.

The application of GMPs-like framework and processes to the manufacturing of pharmaceutical excipients represents a sort of revolution in the field: the manufacturer of the medicinal product has to perform a detailed evaluation and validation of the excipient’s suppliers, even if there is still no formal requirement to declare them in the regulatory dossier.

«Excipients have been historically considered to have no impact on the therapeutic activity of the medicine. There is now an increased awareness about the role excipients may exert with reference to the delivery of the drug: excipients allow for the targeted delivery of the active ingredient», explains the Industrial Business Operation QA Corporate – QA System of Zambon Spa and AFI – Associazione Farmaceutici Industria member Giovanni Filippin.

A change of perspective

From the historical point of view, excipients are considered “poor” raw materials and are described in the monographs of the EU’s Pharmacopoeia with respect to their analytical identification, a step that can require complex procedures but rather simple equipment usually available also in the less sophisticated labs.

«The term ”poor” refers to the lower cost of excipients with respect to the active ingredients, with the exception of functional excipients. Even if the change of the supplier does not have an impact from the regulatory point of view, it should require in any case an experimental validation», tells AFI’s member Giovanni Boccardi, a professional at the Istituto di ricerche chimiche e biochimiche “Giuliana Ronzoni” in Milan.

Some fundamental differences have to be considered to distinguish between different types of excipients starting from their origin, further explains Boccardi. «Historically, excipients were obtained from minerals upon purification, i.e. iron oxide or titanium dioxides. It is important to consider the geographical origin of the mineral, because the content of impurities can be higher in certain areas of the globe. Other excipients can be produced by chemical synthesis, a process similar to the synthesis of the active ingredient. Some other may have natural origin from plants, animals or microorganisms, or they might be the result of a chemical modification of a natural compound. When using substances of animal origin, for example, it might be relevant to trace them up to the single animal and its state of health».

The FMEA model has been adopted for the risk assessment in the theoretical analysis of the impact of the new procedures run by the AFI’s experts. «The “severity” is directly related to patient’s safety and refers to the use and function of the excipient», tells Giovanni Filippin.

The pharmaceutical dosage form and the function of the excipients are the key elements to be considered in the risk analysis. The “occurrence” is the probability that the risk can manifest: it is related to the type of the quality system put in place by the supplier of the raw material, the type of production, the analytical controls and the supply chain «It is possible to evaluate these key elements by mean of a questionnaire sent to the excipient’s manufacturer, or using the data already known by the manufacturing authorisation holder (MAH)», explains Filippin.

The MAH can identify the eventual issues by mean of the “detection” tools, such as the audits run at the supplier facilities, the signature of quality agreements and the quality control on the raw materials upon their arrival at the production site of the final dosage form. «The excipient’s supplier can be classified at low, medium or high risk through periodical evaluation. This audits form the basis to ask the supplier for the implementation of the corrective measures needed to comply with the Good manufacturing practices critical points for the manufacturing of the final medicine», tells the expert of Zambon Group.

The current ranking of the excipient in the risk analysis is calculated through assignment of a score to its different components and it represents the base for corrective measures. «In some cases the score is the result of an internal evaluation, which may be the result of the experience available at the manufacturing site of the final dosage form. Or it can be based on risk analysis’ elements such as the differential impact of an injectable or oral dosage form», further tells Filippin.

A good relationship with suppliers

The manufacturer authorisation holder is the sole responsible for the quality, safety and efficacy of the final product and, according to the new guideline, it has to consider the entire production process for excipients. It could be sometimes difficult to obtain the necessary information and the return of the filled questionnaires from the excipients’ suppliers. «The awareness of the MAH is greater than in the past – tells Filippin. – The risk assessment represents a single document containing a global view over the excipient’s supplier, the use of the excipient and the potential risks for production. A team including different skills has to run the risk assessment».

The collaboration between the manufacturer of the excipient and the MAH has to be solid in order to optimise the formulation process of the dosage form: an approach that is not new for the most innovative and looking-forward suppliers of excipients. «The manufacturer should retain the client through the opportunity to supply a unique product, which represents a part of the quality of the final medicinal product», further tells Boccardi.

Paragraph 5.15 of the EU’s Pharmacopeia indicates that the functional characteristics should not be seen as further analytical controls, but as important elements for the proper knowledge of the formulation. «The dosage form should be robust with respect to a change in the excipient, something that it could be addressed by the modern quality-by-design techniques of product development. It might happen to use advanced methods, that won’t then enter the routine quality controls», explains Giovanni Boccardi.

Modified release products are based on the matrix concept: «The elements of the matrix are those allowing the medicine to be available on a continuous basis», adds Filippin.

According to the principles of quality-by-design, the critical material attributes of all raw materials used to manufacture the final product have to be identified in order to evaluate their impact. The risk analysis might include parameters such as the particle size, the bulk density, the smoothness and the content of amorphous materials. «There is need for a close relationship with the supplier in order to optimize the critical attributes as a function of the excipient’s parameters, which are not an analytical requirement. A raw material can be fine to produce a medicinal product, but nor for another production. The Pharmacopeia, for example, doesn’t tell what the particle size of the excipient should be and each MAH has to optimize it with respect to its own production», explains Boccardi.

The methods used to characterise the excipient are strictly dependant on the excipient itself and they might include for example the content of hydroperoxides, an analytical parameter important to evaluate the quality of both the excipient and the final product. «The content might be highly variable among different excipients, different suppliers and even different batches. In some instances more sophisticated analytical methods, such as NMR or mass spectrometry, might be needed. The recent guideline on elemental impurities implies the use in some case of the costly ICP-MS analysis», adds Boccardi.

Regulatory authorities pay an increasing attention to the analysis of excipients, due to their increasing awareness about possible natural contamination or process derived impurities. Contaminants may not be detected because the used control methods are not appropriate to identify them. «Talc, for example, is a “poor” excipient that – depending on its origin – can contain traces of the carcinogenic asbestos. The authorities are developing new analytical method to avoid that contaminated batches of talc are put on the market. Excipients may arrive from countries where the control by regulatory authorities is not sufficient. The authorities pay also attention to the “inorganic elemental impurities”, that can be toxic in traces, such as mercury, cadmium or arsenic», tells Giovanni Boccardi.

«The good manufacturing practices for excipients are quality rules, they are not the same thing as for the active ingredient: they have to be adapted on the basis of the risk analysis on each medicinal product», comments Giovanni Boccardi.

When an excipient is used to produce different dosage forms it may have a different impact on the formulation. Some manufacturers may consider economically not convenient to supply pharma-grade excipients, which often represent just a marginal proportion of the total production for other industrial sectors. «Some suppliers try to make interesting their products also for the pharmaceutical market. Pharma-grade excipients are produced according to GMPs and they are supplied with analytical controls that comply with the Pharmacopeia’s monographs. When we used the same excipient for different dosage forms, we applied a matrix approach according to the “worst case” scenario», further adds Giovanni Filippin.

If the requirements are too high for the supplier of the raw materials, the risk is that it stops the production because the pharmaceutical market loose interest. «There is a big issue on the “batch” concept, which is fundamental for GMPs and the manufacturing of medicines. In case of continuous productions, the batch may be represented by the daily or weekly production, it is more difficult to define it. Some supplier might consider the possibility to enter the pharmaceutical market upon consideration of the needed quality. As a consequence, the price of the product might result different from the current one, something that should be accepted by the manufacturing authorisation holder», explains Boccardi.

According to the guideline, if excipients produced under GMPs are not available the MAH can use other type of certifications for the risk analysis, i.e. ISO quality system certification or those typical of the food industrial sector. EXCiPACT is an international initiative born to define unified rules to produce excipients for the pharmaceutical market; the Association run audits of the associated suppliers. «The hope is that in the future even more suppliers of excipients shall use this type of certification, that greatly improve the operations of the pharmaceutical company», emphasises Giovanni Filippin.