Orphan drugs set to be 21.4% of worldwide prescription sales by 2022 (excluding generics). The development of orphan drugs has been financially incentivised through US law via the Orphan Drug Act of 1983. The National Organization for Rare Disorders (NORD), which was instrumental in establishing the Act, currently estimates 30 million Americans suffer from 7,000 rare diseases. Prior to the 1983 Act, 38 orphan drugs were approved. The success of the original Orphan Drug Act in the US led to it being adopted in other key markets, most notably in Japan in 1993 and in the European Union in 2000. 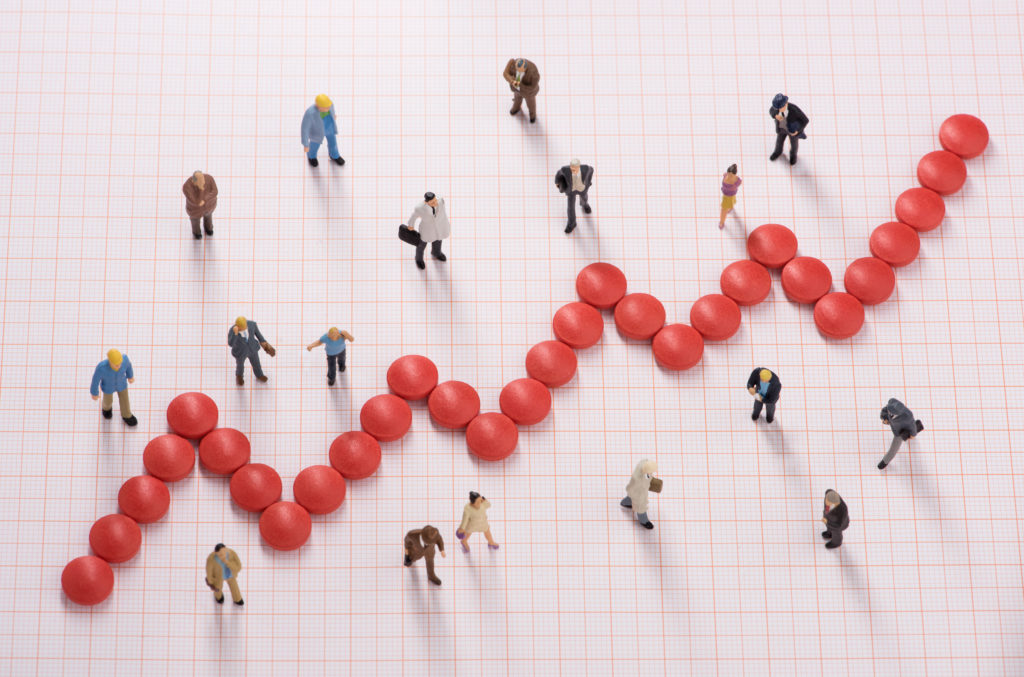 The steady and inexorable growth of the orphan drug market remains also one of the prominent themes in the fourth edition of EvaluatePharma’s Orphan Drug Report . As said, sales of orphan drug are expected to almost double between 2016 and 2022, to hit $209bn. This rapid growth and current willingness of payers to stump up for the huge price tags are two of the main reasons why the sector has become more and more attractive to some of the industry’s biggest players. The image of the plucky small biotech striving to develop treatments for the rare diseases largely ignored by big pharma is long gone. Instead, as reported in EvaluatePharma Report, in 2017 we find big pharma dominating the sector. Seven of the top 10 companies by orphan drug sales are global industry players, who have won approval for their biggest products in various niche indications. However, some see big pharma’s interest in this space as a potential problem, claiming that these groups are taking unfair advantage of the lower R&D cost, speedier approval times, favourable patent life and pricing incentives for developing orphan products (Financial incentives). And the pricing incentives are substantial. According to this year’s report, of the top 100 drugs in the US the average cost per patient per year for an orphan drug was $140,443 in 2016, compared with $27,756 for a non-orphan. In what might spell trouble for the industry, payers and politicians are taking note. The number of US orphan drug designations granted decreased 6% in 2016 to 333. Despite this, the number of applications to the FDA reached a new high of 582, a 23% growth on 2015. At a 57% acceptance rate this resulted in the lowest acceptance level since 2002. European orphan designations grew by 9% in 2016 reversing a 5% fall in 2015.

EvaluatePharma finds that nivolumab is Europe’s largest orphan drug in 2022, with sales of $2.4bn for all indications. All of the orphan drugs in the top 10 are already marketed, with all but one forecast to continue to grow through to 2022. Orphan drugs are set to account for 55% of the cumulative value of the European pipeline through to 2022. Orphan products forecasted to launch in the coming years are expected to grow at a CAGR of 116% vs. non-orphan pipeline drugs which are forecasted to grow at 95% CAGR. In 2017, the European Medicines Agency authorized, altogether, 73 new drugs, of which 10 with orphan designation.

The Orphan Drugs Observatory (OSSFOR), first research center and think tank dedicated to developing policies for governance and sustainability in the field of rare diseases, has recently release is first Report on orfan drugs. Aim of the Report to analyse the dissemination of the evolution of knowledge related to an economic and social impact and to monitor the evolution of health policies, regulation and management of rare diseases and their technologies, primarily orphan drugs. On the basis of an original survey conducted on the administrative databases of the Lombardy Region and the Puglia Region, the prevalence of rare disease patients, who are recognized with exemption by the NHS can now be estimated in the range 0.46% -0.53% of the resident population, with a significant gender difference: 0.53% -0.55% for females and 0.39% -0.51% for males. By extrapolating the data, it can be assumed that rare diseases in Italy are within range 270.027-322.763. For exempt patients, the NHS supports an average annual per capita spending in the range of € 4.217-5.003, including contracted pharmaceuticals and in File F, diagnostics, laboratory analysis, visits, ordinary and daytime hospitalizations. Housing and home care are not considered for the scarcity of information, but being still underdeveloped, the expectation is that it has a marginal impact for now. Even in this case by extrapolating the data, the overall expenditure incurred by the NHS would amount to € 1.35 billion. equal to 1.2% of total public expenditure. Consider that the underlying data underestimates the phenomena analyzed, mainly because only the patients to whom the SSN recognizes an exemption are considered; however, we observe that while on the epidemiological side the underestimation is certainly relevant (consider that EMA estimates describe 6 -8% of the EU population) on the economic side it is much less, as the exemption is linked to the relevance of absorbing resources. From a financial point of view, however, the burden of the care provided directly by the patients and their care providers is excluded, which we know is certainly significant. With the caveats expressed, it can be seen how the share of spending on rare patients on average does not differ significantly from that of chronic patients with two comorbidity. Entering in more detail, the Report can point out that age distribution of subjects with rare disease returns a peak of prevalence in adolescent age (10-19 years) and another in the fifth decade (40-49 years). Ultra rare conditions, however, are more concentrated in younger ages and show a different epidemiological trend than the universal. Analyzing the sub-population of ultra-rare patients, it emerges that they represent the true challenge in organizational terms: while they amount to between 15.9% and 16.5% 7 of the universe of rare disease patients, they are divided into over 215 illnesses or groups that access the exemption.

The predominant cost items are those for pharmaceutical assistance (over 60% of the total cost) and for admissions (about 20% of the total cost). The average annual per capita expenditure of rare patients is higher at the time of the certification of the exemption, it is reduced in adulthood and then increased again in the elderly when other pathologies or presumably other health problems concur with the disease. Orphan drug spending on total public and private pharmaceutical spending, while remaining limited, grew significantly in the two-year period considered: in percentage terms, it went from 3.9% to 4.6% (5.0% and 5,9% respectively considering only public pharmaceutical expenditure). Italy has a number of orphan drugs considered second only to the UK, with the lowest median annual treatment costs among the countries considered, as well as the lowest average costs, excluding that of Sweden (whose data however cannot be considered completely comparable).

In-depth knowledge of the epidemiology and the needs of rare disease patients must become a priority of health policies in order to anticipate the needs and govern the system. Moreover, the efficiency and effectiveness of orphan drugs and other related technologies must be strictly proved, but patients should have quick access to therapy to limit the health and human costs of a late treatment. The technologies must be evaluated ensuring efficiency of intervention, their sustainability and equity of access. The use of orphan drugs and other technologies needs to be optimized in order to maximize the return in terms of health, coordinating treatment within an overal management process, taking into account all the social and health needs of the patient, too. Finally, national and regional policies must work to ensure that healthcare organizations can support the economic impact of rare diseases, independently from all diverse prevalence at local and regional level.

Financial Incentives by Law Include:

Rare Disease Patient Populations are Defined in Law as:

OSSFOR, Impact and governance of rare diseases and orphan drugs, 2017