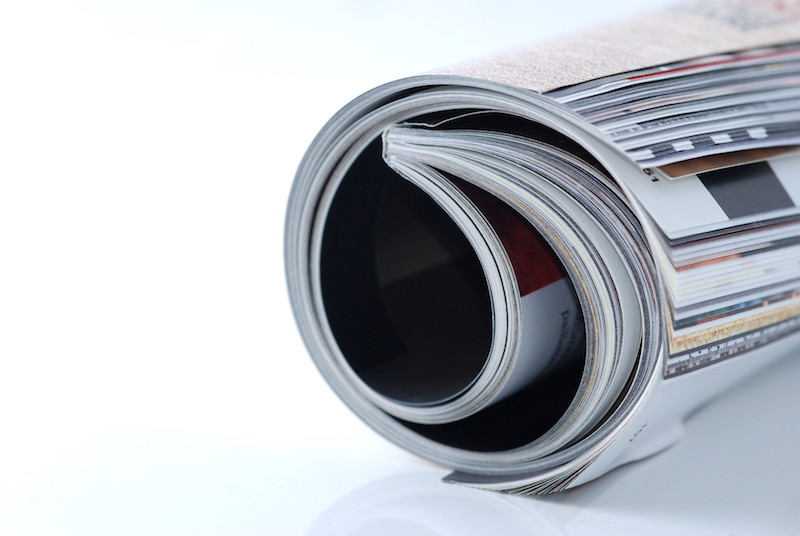 Open access (OA) publishing is getting increasing attention as a way to rapidly and transparently disseminate results of scientific projects funded by public resources. The goal at the European level – starting from 1° January 2020 – is to use OA for all publications resulting from research activities run using grants provided by national and European research councils and funding bodies. This ambitious target is pursued by the Plan S initiative, launched in September 2018 by cOAlition S. This network – created by the Open Access Envoy of the European Commission – groups 11 different national research funding organisations under the coordination of Science Europe, and with the support of the European Commission and the European Research Council (ERC). “Only results that can be discussed, challenged, and, where  appropriate, tested and reproduced by others qualify as scientific”, states Plan S mission.

“‘Knowledge is power’ and I firmly believe that free access to all scientific publications from publicly funded research is a moral right of citizens. On 27 May 2016, all Member States committed to achieve this goal by 2020. It is one of the most important political commitments on science of recent times and puts Europe at the forefront of the global transition to open science”, said Research Commissioner Carlos Moedas commenting the launch of cOAlition S and Plan S.

Paywalls are one the the main barriers – quite an “anomaly” that “is profoundly at odds with the ethos of science”, according to Plan S, as it could hamper the possibility of other scientists to access the information and run new research. Scientific publishers should be paid just for the value of the services they provide, is the position of Plan S, not to access science. The suggestion for publishers is to charge the editorial services needed publish a paper (i.e. reviewing, editing, dissemination and interlinking), according to the minimal standards laid down in the 2015 ‘Science Europe Principles on Open Access Publisher Services’.

The embargo period is another characteristic that should vanish under the new vision of open access publishing. The transition period towards the new model, it’s Plan S proposal, may tolerate publication on “hybrid” journals, covered by “transformative” type of agreements, where the introduction of publication fees should take the place of subscription fees. The malpractice of “predatory publishing”, where quite no editorial services are offered to authors, should be discouraged through the adoption of robust quality criteria for OA publishing, such as those provided by the Directory of Open Access Journals (DOAJ) and the Directory of Open Access Books (DOAB).

The ERC Scientific Council shall collaborate with Science Europe and other stakeholdersto reach the concrete implementation of the principles stated in the declaration. “In this process, it is important to make sure the new setting works for all, accommodating the needs of researchers at different career stages and coming from different scholarly communities and parts of Europe”, said the president of the ERC, Jean-Pierre Bourguignon.

Plan S’s principles states that all publications must be published under an open license, preferably the Creative Commons Attribution Licence (CC-BY), or a licence fulfilling the requirements of the Berlin Declaration. Authors should retain the full copyright of their publication, while funders should jointly establish a robust set of requirements for the services provided by high quality open access journals and platforms. Incentives may also be provided where appropriate to create such journals and platforms, as well as the infrastructure needed for their management.
Publication fees should be covered by funders or universities, not by individual researchers, using a standardised and capped approach to fees across Europe. Transparency and other policies from universities, research organisations and libraries should align to the request of funders organisations. The principles also state the importance of appropriate repositories for the long-term conservation of research data (see also here the February newsletter).

The “hybrid” model of publishing is assumed by Plan S to be not compliant with these principles. Plan S goals apply to all kind of scholarly publication, but the initial deadline of 1° January 2020 refers only to papers published in scientific journals, while open access to monographs and books should follow at a later date.

The consultation launched by cOAlition S on Plan S principles and proposed actions collected more than 600 comments from more than 40 countries.
The Biomedical Alliance in Europe (BioMed Alliance), grouping 29 European research and medical societies, has issued a statement in which it shows “certain concerns” about the scope and implementation of Plan S.
“In particular, some of our members see the plan as underdeveloped, the timeline as too ambitious and the content as too restrictive and inflexible”, is written in the opinion. While considering beneficial the move towards open access publishing, BioMed Alliance also highlights the facts that many not-for-profit health organisations often depend on the publication of their societies journals as a source of income. The quality of scientific journals should also be maintained by specifying quality and peer review standards. The reversal of fees to cover publication costs may result unaffordable for many scientists, that might also suffer limitations in their academic freedom and publication options, says the Alliance.

For the European University Association (EUA) (read here its position), the transition to open access publishing requires the coherent and concerted efforts of all major stakeholders including researchers, funders, universities, research performing organisations and governments. EUA considers laudable the goal to stop the phenomenon of “double dipping” (paying first to publish and second to access the publication through subscriptions), but the system should evolve so that costs are affordable for universities, and limit inflation costs.

From the Q&A’s webpage of Elsevier – the bigger scientific publisher – Emma Ducker claims the company to be “well placed” as a leading OA publisher with over 40 funding body agreements enabling compliance with OA policies. But the company’s “ongoing priority is to ensure that authors can continue to choose the journals and models of publication best suited to their research needs”. The publisher also emphasises that Plan S is still a “local” initiative, while its services are directed towards the global community.

The American Association for the Advancement of Science (AAAS, publisher of Science journal) answered the consultation with a detailed argumentation against Plan S, said “to create major issues” for the scientific publishing community. Among the criticisms by AAAS is the cap on article processing charges, that may undercut innovation and quality, the possibility to decrease authors freedom while eliminating hybrid journals and the forcing towards publishing under a particular type of license (CC-BY).

Springer Nature’s data show OA articles attract greater citations, higher numbers of downloads, and increased wider impact, says the company’s Chief Publisher Officer, Steven Inchcoombe. “The last thing we wanted was to be viewed as somehow anti-OA”, he wrote commenting the closure of the consultation. The publisher of Nature journal sees some potential risks that might have counter-productive consequences. Growth of both supply and demand should be pursued to ensure sustainability of the initiative, while by now the attention is more on the supply side, he says.

A more exhaustive array of comments to Plan S can be found on the ScienceBusiness dedicated webpage.

While Plan S is working to examine all comments received during the consultation phase, the current situation of open access publishing specifically related to the pharmaceutical industry has been examined by a paper by Alfredo Yegros-Yegros and Thed van Leeuwen from Leiden University (NL), posted as preprint on SocArXiv.

Transparency in the publication of results of research run by (or with the participation of) the pharmaceutical industry is increasing, according to the paper, as acknowledged by the number of papers published in open access scientific journals having at least one author from a pharmaceutical company (among the 23 corporates considered in the study). This number doubled in the period 2009-2016, and exceeds the number of general, open access papers in the medicine-related fields.

The Dutch study considered 11 multinational companies with headquarters in the US, 9 in Europe, 2 in Japan and 1 in Israel. Data on their scientific publications have been collected with relation to all their subsidiaries and acquisitions, profiled using Moody’s Orbis database of corporate information. In years 2009-2016 the considered companies published 91,000 articles, reviews and letters, 32.2% of which are open access.
The so-called “green route” is the option generally preferred (80,3%) by large pharmaceutical companies, thus publishing their papers into an open access repository (PubMed Central, CrossRef or OpenAIRE), even if this option showed a declining trend over the period considered. Less used by industrial authors is the “gold route” (19,7%, but with an ascending trend in the period considered), where papers can be accessed freely directly from a publisher included in the DOAJ list (Directory of Open Access Journals) or the ROAD list (Directory of Open Access scholarly Resources). A reason for the preference for the green route might be, according to Kyle Siler from Utrecht University, commenting the study from Nature columns, the enhanced rapidity for publishing compared to high-profile journals.