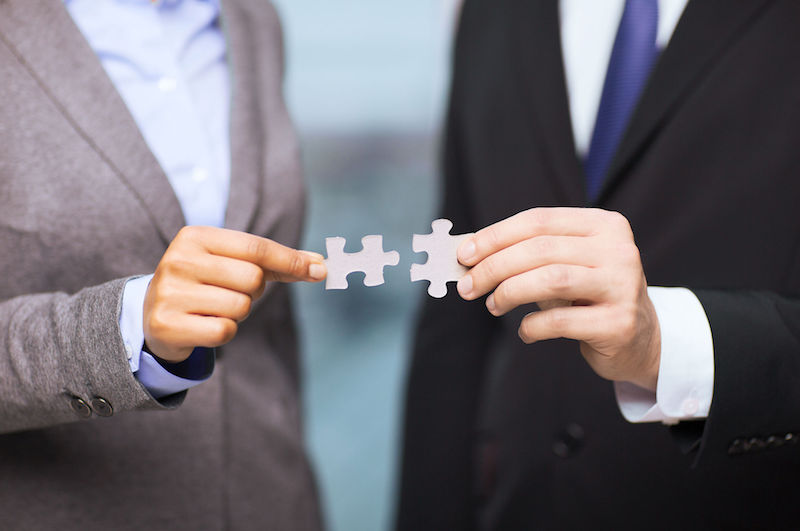 The total Mergers & Acquisitions (M&A) deal value in 2019 for the pharmaceutical and life sciences sector reached $358,5 billion (+62% vs 2018), according to a report from Price Waterhouse Coopers (PwC), with 12 mega-deals among the almost 250 totally closed. The largest deal in 2019 ($99,5 billion investment) involved BMS and Celgene, followed by the AbbVie/Allergan one ($86,0 bln).

Going more in detail in the different segments, pharma deals decreased 16% in volumes vs 2018 while remained largely stable in value, while the biotech sector experienced a great increase both in value and volumes. The increasing trend characterised also the Services sub-sector, while a slight decrease affected the medical device segment vs 2018.

The New Year which opened with the Covid-19 pandemic is accelerating the transition to new models of business also in life sciences, a trend which was already active in 2019 due to the strong turnover of CEOs and the combination of economic and regulatory pressures.

Year 2020 may see especially mid-size biotech’s acquisition ($5 bln – $10 bln, up to $20-30 bln deal value) – being at the moment the most dynamic segment as for the generation of innovation in the medical field – and many divestitures (either sale, spin-off or IPO) in the pharma segment, according to PwC. Both medical devices and services are expected to be quite active, with the former one characterised by the entrance of new industrial players looking for diversification of their traditional business.

Large pharma companies should continue to invest in order to gain category leadership, says the report. Divestitures would make available funds to reinvest in innovation, namely in the oncology, cell and gene therapy segments. The Specialty Pharma and Generics sector is expected to be less active in 2020, even if some consolidation of mid-market players may occur.

Private equity may play a primary role for example in divestitures, says PwC, thanks to the over $1.7 trillion dry-powder availability and the pro-active search for new opportunities. Early investment in companies capable to deliver innovative business models may also support a growth trend in the partnership segment, including alliances and joint-ventures.

The creation of spin-offs of entire areas of business made by large companies in the pharma and medical devices field is also an increasing trend often observed during recent years. This sort of operation may be linked to the move of part of the portfolios which are no more “core” to the company’s activities, says an article from Pharma Technology Focus, pointing the attention on spin-offs “generics divisions” created to host older and well established products which ceased patent protection.

This approach may also lead to a steady flux of incomes for the parent company coming from legacy brands, suggests Pharma Technology Focus, as it may be expected that the pandemic will slow down many innovation projects. The presence of diversified products within the spin-off portfolio would diminish the risk of this type of operation. It is the case, for example, of the NewCo announced by Merck in early February 2020, which should host the women health portfolio, well-known legacy brands and biosimilar businesses.

The production of active ingredients is also a critical step which may be the target for a spin-off creation, suggests the article, as acknowledged by the Sanofi’s initiative to create by 2022 a new company in Europe to produce six of its APIs. The importance of such a move on the European territory of the supply of active ingredients (and intermediates) has proven dramatically during the Covid-19 emergency, when China and India blocked their exports with a big impact on shortage of medicines experienced in European countries.

It may prove difficult to find its way

Small biotech companies are currently the main driver for R&D and innovation, thus representing a main target for M&A deals operated by larger companies looking to revamp their pipelines. Many of these operations had historically proved unsuccessful to bring the expected results in terms of clinical success. Small biotech business may thus become the center of different rounds of pipeline refocussing and investments. From this point of view, a paradigmatic example is that of Millendo Therapeutics, which has been reported by Ed Miseta on Life Science Leader.

The company was initially founded in 2012 as Atterocor by Julia Owens and other two researchers, as a spin-out from the University of Michigan with the target of developing the small molecule nevanimibe (ATR-101) to treat a rare adrenal cortical carcinoma (ACC). This project stopped after three years, due to the failure of the dose escalation studies in human patients.

The company (now Millendo) – with the support of its investment VC’s partners – completely revised its strategy to focus on the acquisition of the MLE4901 project from AstraZeneca, a product to treat polycystic ovary syndrome which had already shown proof of concept in Phase 2 testing. Nevanimibe was also re-targeted against congenital adrenal hyperplasia. But again, despite the first encouraging results, in mid 2017 the MLE4901 project had to be stopped due to potential liver toxicity and inability to generate an acceptable risk-to-benefit ratio.

The new challenge to ensure the continuation of the company ended up with a merger with the French Alizé Pharma, a small company working on livoletide, a product to treat the rare Prader-Willi syndrome, a genetic disorder causing insatiable appetite and resulting in metabolic issues.

“First and foremost, I recommend surrounding yourself with quality people,” said Julia Owens to Life Science Leader commenting her experience. The Millendo story also teaches not to focus just on finance as the only driver to guide decisions, even during the most troubled times for the survival of a business, and to be intellectually honest with regard to ongoing projects, which need to be assessed correctly under a sustainable development perspective.

Strategies and deal potentials after the Covid-19 crisis

Global industrial indexes have fallen in the first quarter 2020 due to the stop to many productions resulting from the spreading of the coronavirus infection. Another study from PwC explore the opportunities in the M&A area which remain open even in these times of great economic uncertainty.

“We’re clearly operating in a new M&A environment — one that will continue to evolve. Early trends, particularly around shorter-term deal tactics, are beginning to emerge, and soon there will be longer-term, more fundamental shifts in deal strategy, valuation and liquidity”, writes Colin Wittmer, US Deal Leader, from PwC’s blog.

It might prove a good period to close deals, suggests the report, as companies investing during a recession could outperform with respect to their competitors. “While deal volume has declined recently, fears of a full collapse similar to previous cycles may be premature. In short, a combination of factors has been driving a decoupling of deals from the broader economy. That decoupling is different from past cycles, providing a higher floor that should prevent deal activity from evaporating”, writes PwC.

The market of capital is quite healthy, and companies have many cash available in their balance sheets, as do also private equity firms ($2.5 trillion dry power); borrowing money is paying low interest rates. The economic crisis may cause the swelling of many businesses, suggests the report, resulting in many targets available for M&As, and a major role for players which already acted to safeguard and realign their business.

PwC’s report also highlights the importance to be prepared to exploit this opportunity, focusing on best practices to be used to manage the deals and deepening knowledge of the lessons learned from previous recessions. The current cycle is different from the recent ones and needs a completely different approach to strategic thinking, say the analysts, including the emergence of completely new business models.

Not least, this shift may also impact on customer engagement: it is important to anticipate needs, suggests PwC, to prevent revenue decline. An aspect on which a big role is also played by the ability of the company to communicate a sense of steadiness to its clients both on the short- and long-term vision, avoiding any form of anxiety for the future. Talented workforce should be always retained, adds the report, working to the creation of an inspirational and unified culture able to support the future growth of the company.

Any reduction of activities must be strategically assessed and calibrated in order to ensure the maintenance of a good flow of revenues. Simplification of processes and procedures should be the focus of new investments, so to improve efficiency and free resources for the potential acquisition of new assets.