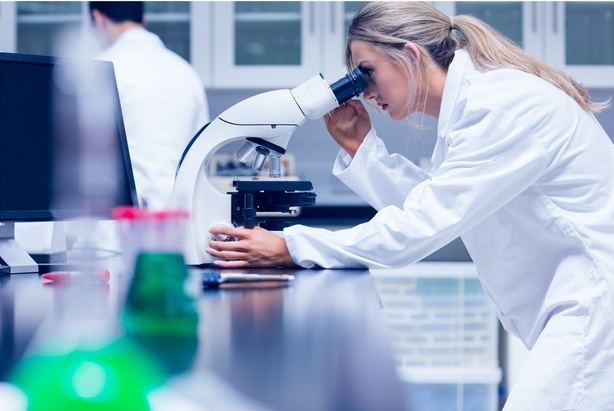 A first partial political agreement has been reached on Horizon Europe (HE), the new European framework for research 2021-2027, but many decisions are still pending on the specific missions that will be the focus of R&D and on the relative allocation of the proposed budget (see the article in the July 2018 newsletter).

The partial agreement reached by the Trilogue

The Trilogue (made from representatives of the European Commission, European Parliament and European Council) reached the partial agreement on 19 March, after several unsuccessful meetings (read more here). The reached agreement is still subject to formal approval by the Parliament and Council.

The partial agreement excludes the budgetary aspects of HE, that shall be considered within the still pending overall agreement on the EU’s next long-term budget to be examined by the new Parliament to be elected next May. As for now, the Commission can start working to prepare the first draft work programmes and to publish them in time for the FP launch on 1 January 2021. Further discussions are needed on the possible synergies with other future EU programmes and policies (depending on decisions on the EU’s long-term budget) and on the possible participation of extra-EU countries to the programme. The strategic planning corresponding to the “Specific programme” will be sole responsibility of the European Commission and Council, while the Parliament shall vote the “Framework programme” and expresses its opinions on the specific missions to be included in the new FP (read here more ).

The Trilogue agreement confirmed the five strategic areas for the missions (adaptation to climate change, cancer, healthy oceans, climate-neutral and smart cities, food and soil health), and eight partnership areas, included the faster development and safer use of health innovations and an action directed to innovative and R&D intensive small and medium-sized enterprises. At least 70% of the budget of the newly created European Innovation Council shall be dedicated to SMEs with the possibility to support them through grants only, in line with the position of the European Parliament. The agreement also includes a new dedicated cluster on “Culture, creativity and inclusive society”, aimed to boost the European cultural industry (see here highlights from ScienceBusiness).

The participation of European low performing countries to the programme has been incentivised by the provision of a 3.3% budget to widen participation. The agreement has now to be ratified by the Parliament before its closing up for the elections, and by the European Council. “In the midst of the Brexit crisis, today’s agreement is a breath of fresh air. It shows that Europe is able to act and live up to the R&I ambitions formulated by Heads of State. Europe is at a historic crossroads, which is why we have pushed for an agreement before the European elections. Research stakeholders need a stable framework to be able to compete with our global competitors; time is of the essence.”, said the rapporteur for the Implementing Horizon Europe proposal, Christian Ehler.

Diverging opinion within the European Council

The Member States representatives voted in November 2018 a “partial general approach” amending the initial HE proposal made by the EU Commission. According to the Council, the programme is expected to increase EU’s gross domestic product (GDP) by an average of 0.08% to 0.19% over 25 years and create up to 100,000 jobs in research and innovation activities for the years 2021 to 2027.

But some concerns arose from inside the Council, with Hungary asking for a more balanced representation of smaller countries, as the share of the EU13 within the Horizon 2020 programme funding has been less than 5%. “We call for an increased budget of 7% of the total budget of Horizon Europe for widening measures”, is the Hungarian comment included in the Outcome of Proceedings.

Malta strongly disagreed with the eligibility for funding of activities involving research on (and the destruction of) human embryos, while Slovakia, Croatia, the Czech Republic, Hungary and Lithuania were concerned for the still unresolved issue of unequal payment for the same work in different geographic regions. “We are convinced that disparities in remuneration negatively affect motivation of researchers in the low-performing countries to participate in Framework programme and lead to brain drain within and outside the Union”, wrote in their comment.

During the 19 February 2019 session of the Competitiveness Council, EU’s research ministers reached a first agreement on the very broad themes for the HE missions (see here the press conference at the end of the meeting). But the road to know the details of the specific topics of research is still far to be reached (read more on ScienceBusiness). Research ministers agreed on the “blended” model to finance projects: no more just research grants, but also own resources and loans, these last ones to be distributed by the new European Innovation Council (EIC) and directed mainly to high risk projects which would not otherwise be able to access the normal bank sources. But the financing activity of the EIC should not overlap with those of other European institutions and investment programmes, i.e. InvestEU, said Romanian research minister Nicolae Hurduc. As for research partnerships, another hot topic under discussion, they have been considered by the ministers to be wide enough up to now, but they may evolve in future upon identification of the missions.

The position of the European Parliament

In December 2018, the European Parliament voted a resolution (548 to 70, 49 abstentions) to increase the total budget for the programme up to €120 million in 2018 prices (€135.25 billion in current prices, + €36.5 billion compared to the Commission’s proposal), and to better focus activities on SMEs, women and lower-performing EU countries.
“We addressed the scientific and technological divide while maintaining excellence as a core principle of the programme. We made sure that at least 35% of the total budget under this programme would be allocated to support EU’s climate objectives. Horizon Europe needs not only to be more ambitious but also simpler, clearer and more accessible to reduce administrative burden and promote fair and objective participation of all research and innovation teams across the EU”, said the rapporteur for HE programme proposal, Dan Nica (Romania).

The OECD point of view

Governments are investing less in R&D, according to the Organisation for Economic Cooperation and Development, with a -4% decrease of the share of GDP dedicated to R&D spending in developed countries from 2009 (31%) to 2016 (27%). Less direct grants and more indirect actions (i.e. tax breaks and partnerships) are the new trends (see here ScienceBusiness report on the OECD’s briefing on R&D statistics to the EU Commission of 20 February).

The possible risk is that technology might prevail over political decision making, and OECD data show 200 multinational companies already run 42% of global R&D, while government just 37% (mainly defense-related). Public grants are increasingly targeted to SMEs and fundamental research, argues Richard L. Hudson in its commentary on ScienceBusiness, and “A few politicians argue that big companies should not get any money out of the programme at all. They are on the political fringe”. The true point of the game would thus be to solve the uncertainty about the real role of public-private partnerships in the future HE, and the role played by the corporate industry.

Cancer should be a major focus of investment of the new Horizon Europe in the field of Life Sciences, but apart from this nothing is known by now on the more detailed topics that are expected to be addressed by researchers. This despite in May 2018 the European Commission announced a proposed € 413 million Health budget, to be managed through the new European Social Fund Plus (ESF+) Programme. The “health strand” of ESF+ was expected to invest to improve crisis preparedness and response against cross-border pandemics by mean of a stronger cooperation to increase vaccine coverage. The digital transformation of health systems was announced to be pursued by the realisation of a digital infrastructure for the cross-border access and exchange of patients’ data, data-based pharmaceutical breakthroughs or pandemic prevention initiatives and the development of advanced telemedicine solutions and other new care models. Data collection and analysis and knowledge sharing should support national and regional policy makers decisions towards more effective, accessible and resilient healthcare systems. Finally, European Reference Networks should reach a total number on 24, with more than 900 healthcare units involved in studying rare and complex diseases.

From the patients perspective, the European Patients’ Forum (EPF) showed concerns about the just small increase of the proposed budget for health (€7.7 billion for HE, vs €7.4 billion of Horizon 2020). A post requiring more investments, says the think tank, “given the unprecedented common challenges that none of the European countries can successfully tackle alone“. The suggestion of EPF is to extensively consult the civil society, including patient organisations, regarding the development of HE’s missions, in order to drive priorities on the base of the needs of patients and society. Chronic diseases, for example, do not only affect the ageing population, but are also a characteristic of chidren and young people and workers. “Any entanglements of these priorities with other interests must be avoided. Innovative products and services developed with EU funding must be, at the end of the day, accessible and affordable to those who can benefit from them, be it individual patients or health systems“, says EPF in its statement.