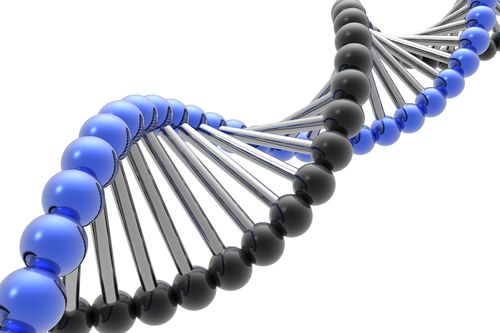 FDA has recently audited experts in the field of artificial fertilisation and mitochondrial DNA replacement in order to better evaluate whether a new technique might be used to generate healthy progeny from mothers carrying mitochondrial DNA’s mutations. The debate is still open

The technique is ready to be transferred to humans, claims Dr. Shoukhrat Mitalipov – the scientific team leader working at the Oregon Health & Science University in Portland (US). Nevertheless, deep scientific, ethic, social and regulatory scrutiny still need to be performed before it might be transferred in the clinical practice.

The technique we are speaking of is mitochondrial DNA replacement coupled to artificial fertilisation: already tested by Mitalipov’s team on rhesus monkeys, it might prove to be particularly beneficial to address the issue of genetical transmission of mutated mitochondrial DNA (mtDNA). Mitochondrial diseases are a wide group of conditions (Box 1) linked to the transmission from mother to child of mutated mtDNA genes; examples are carnitine deficiency, blindness, deafness, many neurological and neurodegenerative conditions.

The new technique – also called ‘oocyte modification’ – was developed by Mitalipov’s research team and is based on the removal of the mutated mtDNA from the maternal oocytes, while nuclear DNA is leaved untouched. The removed, mutated DNA is replaced with the normal mtDNA of a healthy woman. The genetically modified oocyte is then fertilised with the sperm of the father and might be implanted in the uterus of the natural mother. One might argue that the new born child would, thus, have one father and two different mothers, one transferring her normal nuclear DNA and the other her healthy mtDNA. Scientists studying the method reply that is the nuclear DNA only which determine the great deal of the new born characteristics (i.e. eye color or height), and that substitution of the mutated mtDNA with an healthy one would simply allow to ‘correct’ the deficiency in mitochondrial gene expression. The result would be a progeny free from mutated mt-DNA linked diseases.

The researchers proved that oocyte modification work safely on primates: five healthy monkey cubs were generated and monitored up to adult life showing no complications.

In 2012 the research group lead by Mitalipov published in Nature1 the results of their studies on the generation of human embryos using oocyte modification, but without proceeding further to implant the embryos (Box 2). Several differences were observed with respect to the mtDNA transfer and subsequent fertilisation of oocytes from monkeys, particularly an high and significant percentage (52%) of zygotes showing abnormal fertilisation.

A first step in the scrutiny of the possible application of oocyte modification to humans has recently been undertaken by the US Food and Drug Administration (FDA): a public hearing has been hold on February 25, 2014 to gain a better perspective on the ‘scientific, technological and clinical’ aspects of the issue, while the social and ethical ones were not touched in this occurrence. The main criticism to the technique was it could open a slippery road towards the possibility to ‘design-your-baby’ by choosing the eye colour, the height, etc. Another important ethical consideration to be taken in mind, according to experts which talked at the hearing, is whether the US government should sanction the creation of genetically modified human beings. It could be prompted out that the proposed method implies a ‘gene modification’. This sort of sanction is already present in the legislation of more than 40 countries, such as for example Germany or France, said experts from the Center of Genetics and Society.

Research scientists from the Oregon Health & Sciences University claim the method is a ‘gene correction’, not a ‘gene modification’, and it’s safe and ready to be tested in human clinical trial, on a small group of women carrying defective mtDNA genes. They are thus seeking the FDA’s approval of the clinical trial. Dr. Mitalipov replied to criticism on the technique – as reported by the Associated Press – declaring that “We want to replace these mutated genes, which by nature have become pathogenic to humans. We’re reversing them back to normal, so I don’t understand why you would be opposing that”.

Many concerns on the table

On the other hand, one of the main critics to the oocyte modification method has been that the genetic changes would be transmitted from the new born – once adult – to its progeny. There is no evidence, up to now, on the effect the method would have on humans during their entire lifespan: this might imply that unexpected health consequences might widely spread through future populations. “The end of the experiment will come decades later. It’s to take us that long to figure out the health of the progeny produced from these procedures”, said Keith Latham of the Michigan State University during his hearing before the FDA and its advisory panel.

Marcy Darnovsky, representing the Center for Genetics and Society, pointed out the limited number of people which might benefit from the clinical application of the method. According to her, the same results could be achieved by other techniques, such as egg’s donation. “It does initially look like something you would want to support. But the safety concerns and the social and ethical concerns are really overriding”, she said. Experts from the Center of Genetics and Society also said during the hearing that an FDA-sanctioned testing would represent a ‘bright policy light’ on genetic modification techniques.

The two-day public hearing was just a first step: many of the experts asked for deeper experimentation on animals before the method could be transferred to humans. “There are so many aspects of mitochondrial diseases that change over time and that we don’t understand “, said Dr. Katharine Wenstrom of Brown University. “We have to be very careful that we develop techniques to test these animals throughout the course of their entire lifespan”.

Others pointed out that the similar situation is occurring in the United Kingdom, where a research group of the Newcastle University is conducting similar experiments. In the UK, the Human Fertilisation and Embriology Authority (HFEA, the UK’s independent regulator overseeing the use of gametes and embryos in fertility treatment and research) concluded that “There are still hurdles to overcome before these techniques could be used clinically and it won’t be a suitable treatment option for everyone at risk of having a child with a mitochondrial disease. As in every area of medicine, moving from research into clinical practice always involves a degree of uncertainty. Experts should be satisfied that the results of further safety checks are reassuring and long term follow-up studies are crucial. Even then patients will need to carefully weigh up the risk and benefits for them”2.

The Nuffield Council on Bioethics has also addressed the issue and concluded3 that it could be considered ethical if it proved safe and effective, provided the availability of proper information and support to the interested families. The Council’s Working Group highlighted also the need to “gather further information about pronuclear transfer and maternal spindle transfer in order that they can be considered for treatment use”. The full report on the subject is available on the Council’s website4.

The US path towards approval of the clinical trial appear to still need many information, as it should be first demonstrated the safety of the method for the enrolled patients before the FDA would address the ethical and social issues. The Agency shall seek further public advice to solve this issue in the next future.

As reported by the AP, Hank Greely from Stanford University said FDA is taking the right approach by focusing on the immediate safety concerns, rather than speculating on whether this could lead to a ‘Brave New World’ scenario of biologically engineered humans. “We constantly live on slippery slopes and it’s our job as moral humans to hold a good position on the slope”, said the professor of medical ethics. “If you’re worried about genetically engineered monsters or superheroes then you try to stop that, you don’t try to stop medical useful interventions because you’re worried that 17 steps down the line it will turn into something we don’t like”.

What we, the FDA and all the experts world-wide – no matter where they are based – should probably need to ask themselves before taking a final decision on this sort of issue is whether the future generations, those coming 17 steps down the line, will be grateful as well to us in the case the monster would have been finally generated.

Mitochondria are small energy-producing organelles localised in the cytoplasm of cells and having its own DNA, different from the nuclear one. They are crucially involved in the maintenance of many respiratory and metabolic pathways.

Estimates show 1 in 4-5,000 US children are afflicted by moderate to severe conditions due to mutations in their mitochondrial DNA. This sort of defect is an inherited trait transmitted by the mother, as the mtDNA of the new born is of maternal origin only.

Mitochondrial diseases are a varied group of pathologies sharing as general characteristics the intolerance to physical efforts, the easy appearance of fatigue and lactic acid accumulation, due to insufficient mitochondrial respiration.

Effects of mutations of mtDNA are often multisystemic and are correlated to a wide variety of clinical manifestations, making difficult the systematic study of such pathologies even within different members of the same family. Muscles and the nervous system are the apparati more often afflicted by the disease, which can also involve heart and endocrine glands.

The results on human embryos1

The study used 65 human oocytes (plus 33 controls) donated for research: they were subjected mutated-mtDNA removal and subsequent donor-mtDNA insertion, followed by fertilisation. Modified oocytes and controls showed a similar rate of fertilisation (73% vs. 75%).

4. Nuffield Council on Bioethics, Novel techniques for the prevention of mitochondrial DNA disorders: an ethical review (2012),