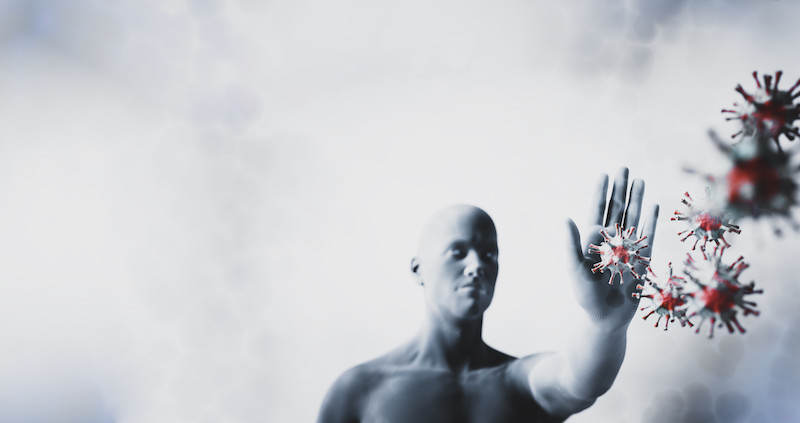 The status of the Covid-19 pandemic at the end of August tells about a situation under control in Europe, even if some new, localised cases are reported in several countries. The infection appears to be far more active in the US, with 6 million cases and many States reaching their records (see latest updates at the Worldometer).

While the experts of the World Health Organisation are planning a scientific mission to China to identify, together with the Chinese institutions, the zoonotic source of the Sars-CoV-2 virus, the role of animal reservoirs and the route of transmission to humans, the main European associations representing the pharmaceutical industry published some documents discussing the impact of the first round of the epidemic and the lessons to be kept in mind in view of a possible second wave.

How to prevent shortages of critical intensive care medicines

The main message from the Joint statement released at the end of June by Medicines for Europe and EFPIA in collaboration with Kearney is for the pharmaceutical industry to seek for a direct collaboration with national governments to jointly plan for a potential second Covid-19 outbreak.

The winter and spring crisis put under great pressure the production of several classes of medicines required to treat Covid patients, i.e. sedatives, analgesics, vasopressors and neuromuscular blockers to be used in intensive care units (ICU) in conjunction with mechanical ventilation.

Neuromuscular blockers have emerged from the study as a potential point of criticality in view of a possible second wave of the disease, expected to occur in autumn. The analysis focuses on three different scenarios (best, base and worst case, respectively) and addresses the possible demand for critical intensive care medicines to identify how to better prevent possible shortages. The study is based on a model to estimate the demand of critical medicines, on the basis of a prudential overestimation hypothesis of the possible new Covid cases and using the number of reported deaths per country to run estimation (data to 21 May 2020). Other assumptions include the impossibility to reach herd immunity, the activation by governments of the same type of response than during the first outbreak, a similar pattern for the spreading of the infection, a request of critical medicines referred just to Covid-19 related deaths occurring in ICUs and a reduction of the number of daily deaths around 28-days post-lockdown.

The number of deaths has been estimated to be -50%, the same or +50% under the three different scenario, with respect to the first wave. This corresponds to a projected numbers of new ICU patients in the period October 1st – November 30th 2020 of, respectively, more than 33,000, 66,000 and 99,000 cases. The UK, Belgium, Sweden, Italy and France are the countries expected to experience the higher numbers of new ICU patients, but with the advice to less affected countries in the first wave to prepare for a potential second occurrence of the epidemic. Among the factors to be considered by governments to this regard is also tourism, both within the country and related to returning citizens.

Kearney also compared the demand of critical medicines against supply under the different scenarios, resulting in the advice for governments to use the summer to restock their supplies and taking also in consideration that the industry would not be able to scale up supplies as done during the spring’s months. Even if shortages are considered unlikely to occur during the summer, this possibility has to be kept in mind for the autumn. APIs to manufacture neuromuscular blockers and sedatives are considered to pose some potential challenge, mainly referred to the short-term supplier capacity, the committed volumes or the own use made by the supplier. As already occurred during the first wave, bottlenecks might occur due to capacity constraints.

Lessons learnt according to the generic industry

Generics manufacturers have been greatly impacted by the first outbreak of Covid-19, as many medicines used to treat patients under the different therapeutic protocols developed between February and May 2020 were off-patent. Medicines for Europe has published a report discussing the experience gathered month after month and the lessons that may prove useful to better handle a possible second wave.

Manufacturing contingency plans to avoid the risk of supply chain disruptions and the request of a greater regulatory flexibility characterised January and February, while March saw the first outbreak in Italy corresponding to the surge in the demand of ICU medicines for patients on ventilation. The crisis of supply was made worse by the closure of the borders across European countries, resulting in a major breakdown of the European generics’ manufacturing and distribution supply chain and in the request for transport green lanes made by the industrial associations. The new safety measures introduced to protect workers, and hoarding practices observed in some countries are other factors that impacted on the regular provision of medicinal products. While the first wave reached its maximum in April, Medicines for Europe’s hospital ICU medicines project was granted a special ruling under the EU competition law to better respond to the population’s needs. In May, finally, the pandemic started to slow down and it was possible to run the first assessments in order to prepare to new future outbreaks.

With this regard, manufacturing contingency plans should be always in place to promptly face the surge in demand according to Medicines for Europe. From their part, governments should ensure the pharmaceutical supply chain logistics is exempted from lockdown and other control measures; close cooperation between all the stakeholders and regulatory flexibility is also needed to avoid shortages. Another important target is represented by the need to reinforce the competitiveness and resilience of the European pharmaceutical and API manufacturing sector. Medicines for Europe also requests a fit-for-purpose regulatory and market framework to facilitate the repurposing of already authorised medicinal products to face new emergencies.

The recommendations for the future

The availability of an EU epidemic/pandemic preparedness plan to address future communicable disease risks is considered important by the generic industry association. The plan should be coordinated by the EU Commission and see the collaboration of member states, EMA and the European Centre for Disease Control (ECDC) on the technical field, and of the industry with reference to supply chain risks and sudden demand surges.

The role of EMA and the ECDC should be also optimised through structural reforms aimed to strengthen their competencies. The creation of a permanent Supply Committee at the EU level under the supervision of DG Santé is also envisaged to pro-actively respond to major supply disruptions. A single EU definition of shortages and a single reporting system should these occur is another suggestion made by Medicines for Europe, together with a better coordination of the epidemiological forecasting and the collection of data from medicine societies and hospital pharmacists in order to facilitate the scaling up of manufacturing when needed.

Many suggestions aim to improve the European pharmaceutical strategy, including among others the introduction of resilience criteria in procurement, reimbursement and state aid policies, and a better integration of API in the regulation of medicines. Investments would be also needed to strengthen the value chain and to support R&D while safeguarding competition and equitable access policies.􏰀

A more frequent use of the 0 Day mutual recognition procedure (MRP) and an increased flexibility in labelling of medicinal products are among the request in the regulatory field. The use of notifications instead of variations to manage some dossiers’ changes and the expansion of digital tools are other suggestions made by Medicines for Europe. Digitalisation should include, for example, the creation of a common repository for all medicinal products via SPOR data management supported by a Target Operating Model (TOM), and the availability of a telematics infrastructure to support a centralised mechanism to monitor the entire value chain through interconnection of SPOR and EMVO-NMVs. The possibility to accept a reference product from jurisdictions other than the EU would allow for a single global development for generic medicines.

Many are also the options to improve the sustainability of the pharmaceutical expenditure according to Medicines for Europe, a particularly important feature to be considered in times of economic crisis. Among the recommendations in this area are the support to multi-source market competition at patent expiry rather than government mandated price cutting policies, the use of MEAT criteria and multi-winner procurement practices and tendering procedures encouraging a broader participation, and recognising the impact of the risk/reward balance on the continuity of supply. The governments are asked not to continue in the application of austerity measures that greatly affect the supply of off-patent medicines. Continuity of cure should also pass through the care of noncommunicable diseases (NCD), to be pursued in collaboration with the industry to better coordinate demand and supply of medicines.