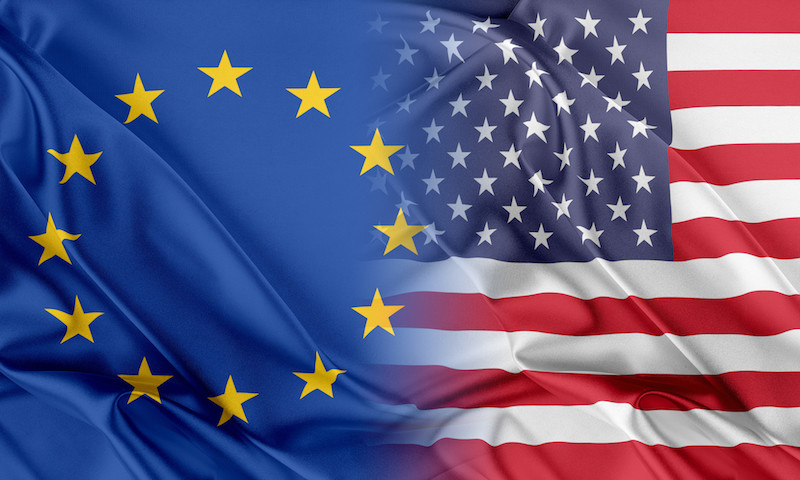 The recognition of Slovakia by the FDA as the last European country needing to be approved within the US-EU Mutual Recognition Agreement (MRA) came on 11 July 2019; the agreement was signed just a year before, in July 2018, by US’s president Trump and Jean-Claude Juncker representing the EU Commission.
MRA applies by now just to human medicines, but the authorities of the two continents will continue to work to expand it also to veterinary medicines, human vaccines and plasma derived medicinal products. “The MRA means that, on both sides of the Atlantic, the authorities in charge of medicines can now rely on inspections results to replace their own inspections. Today, the US Food and Drug Administration has completed the capability assessments of the 28 EU competent authorities, the result of five years of close transatlantic cooperation” said Vytenis Andriukaitis, leaving EU commissioner for Health and Food Safety.

The range and relevance of the MRA can be easily understood while considering that 80% of medicinal products marketed world-wide are produced either in the EU or US, on the basis of the adoption by pharma companies of strict good manufacturing practices (GMPs) governing all the steps of the productive processes. The implementation of the agreement to share GMP inspection results is based on the assumption that the procedures used by regulatory authorities (centrally or at the national level) are also comparable. The terms of the MRA asked the FDA to run a formal assessment of the procedures used by each European national competent authority, an exercise now come to an end with Slovakia.

The avoidance of duplicate actions in the inspection of a specific pharmaceutical manufacturing site will make possible to reinvest the financial resources to expand the number of the inspected sites in other large producing countries. In the first phase of implementation, the agreement applies only to inspections conducted in the respective territories, and not in extra-EU or extra-US countries (even if this possibility is contemplated by Article 3.1 of the GMP Sectoral Annex to the MRA). But this provision, warns EMA in a just published Q&A document, is not yet active and further guidance will be released in future to guide this sort of activities. Starting from 1 November 2017, European NCAs are not duplicating inspections already run by the FDA, and the US agency is expected not duplicate inspections run by a recognised EU authority. The MRA exceptionally reserves both the EU agencies and FDA the right to inspect in each other’s territory at any time.

Human medicines included in the MRA are comprehensive of medical gases, herbal products, homeopathics, biological medicines, allergens, pharmaceutical intermediates, active ingredients and bulk drug substances. Veterinary medicinal products are expected to be included in the MRA by no later than 15 December 2019, while the inclusion of human vaccines and plasma-derived products will be considered just after 15 July 2022.

Another fundamental outcome of the MRA to become fully active after the final approval of all EU competent authorities is the batch testing waiver (Article 9 of the GMP Sectoral Annex): for a US manufactured medicinal product imported in the EU, Qualified Persons (QPs) from the European importing companies will no more need to repeat quality controls already performed in the United States. QPs still have to verify that the product was manufactured and the controls have been carried out in the US. Furthermore, according to the MRA, each batch should be accompanied by a batch certificate issued by the manufacturer and attesting the compliance with requirements of the marketing authorisation, and signed by the person responsible for batch release.

A long way to increase collaboration

The initial working to prepare content of the MRA was started in 2014, when teams from the EU Commission and EU national competent authorities, EMA and the FDA started auditing and assessing the respective supervisory systems. On June 2017 the EU Commission was the first to recognise FDA’s capacity and procedures to carry out GMP inspections at a level equivalent to that of the European Union. This was followed on November 2017 by the initial recognition by the FDA of the capability of a first set of eight European countries (Austria, Croatia, France, Italy, Malta, Spain, Sweden and United Kingdom).
Another mutual recognition agreement was signed between the EU and US in 1996, which included a Pharmaceutical Annex, but it was never fully implemented. This Annex formed the basis of the 2017 new agreement, together with results of several pilot initiatives on GMP inspections.

Regulatory decisions from EMA and FDA are well aligned

EMA and the FDA are aligned in more than 90% of marketing authorisation decisions for new medicines, says a joint study recently published in Clinical Pharmacology & Therapeutics. The analysis – the first of its kind – compared decisions on 107 new medicine applications received by the two agencies between 2014 and 2016.

Different opinions on the efficacy of the proposed new treatments has been the main cause for divergence in the final approval decisions reached on the two sides of the Atlantic. Some differences were also observed in the assessment of clinical data, often due to the different timing of their submissions: in general, applications to the FDA were submitted at a first instance, and the subsequent application to EMA may include data coming from additional clinical trials or, particularly for oncology medicines, more mature data from the same clinical trial. As a result, EMA was found more likely to grant standard approval, a broader indication, or use of a medicine as first-line therapy.
“The high rate of convergence in the authorisation of new medicines at EMA and the FDA is the result of expanded investment in dialogue and cooperation since 2003 and has fostered alignment between the EU and the US with respect to decisions on marketing authorisations, while both agencies evaluate applications independently of each other,” said Zaide Frias, head of EMA’s human medicines evaluation division. ”Our cooperation clearly supports both agencies in achieving a common goal of maximising patient access to safe, effective and high quality medicines in both regions,” she added.