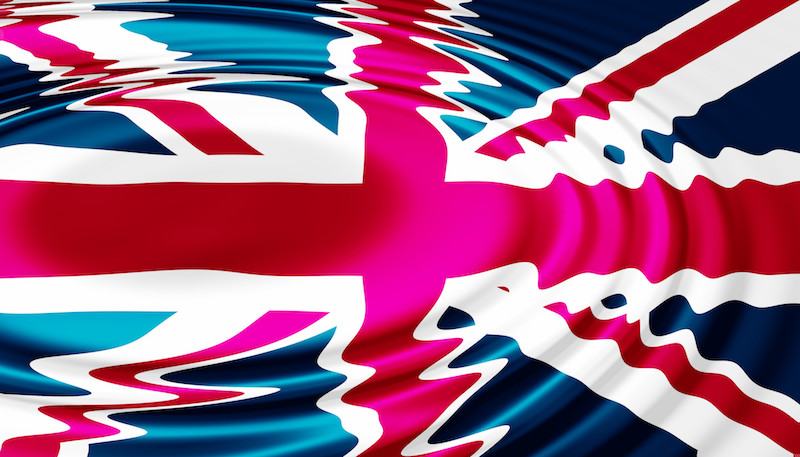 The Free Trade Agreement governing the new relationship between the European Union and the United Kingdom was eventually signed on Christmas Eve, followed by the new status of third country for Great Britain starting from 1st January 2021. The beginning of the post-Brexit era is marked by many actions to complete the new regulatory framework on both sides of the Channel in order to guarantee the proper functioning of trades across the new borders.

The main point of the Free Trade Agreement

The new economic and social relationships, a partnership for citizens’ security and a horizontal agreement on governance are the three pillars of the Free Trade Agreement, which covers all areas of possible collaboration and interaction between the EU and the UK. Limiting our attention to sectors of possible interest for the pharmaceutical industry, no tariffs neither quotas will be applied on trades of all goods that comply with the appropriate rules of origin. Transports will benefit of a continued connectivity, and competition in this area will be based on a level playing field. A new model for trading and interconnectivity will be put in place in the energy sector, and social rights will be preserved for both EU and UK citizens, including people working in the UK/EU or traveling after 1st January 2021. UK’s researchers will continue to participate to Horizon Europe and other flagship European research programmes for the period 2021-2027, provided the payment of a financial contribution by the UK government to the EU budget.

A strong cooperation for law enforcement and judicial cooperation is foreseen in order to fight and prosecute cross-border crime and terrorism. The UK is called to ensure adherence to the European Convention of Human Rights and its domestic enforcement in order to avoid the risk of suspension of security cooperation. A newly formed Joint Partnership Council will be responsible for the correct implementation of the Agreement, and for the discussion and settlement of any issue that may arise. The Protocol on Ireland and Northern Ireland (NI) is being implemented starting 1 January 2021, at the end of the transition period.

The European Medicines Agency (EMA) has published a Q&As document to discuss the main points pharmaceutical companies should take in mind while implementing the new Protocol on Ireland and Northern Ireland. According to the Commission’s decision C(2020) 7126 final, starting from 1st January 2021 the UK regulatory authorities can no longer fully access the Article 57 database containing information on medicinal products authorised in Northern Ireland. The UK has become a non-EU/EEA country, thus the submission and maintenance of records for authorised medicinal products (AMP) authorised outside the EEA in the Art. 57 database is now a voluntary procedure. For products listed in the database under the code ‘United Kingdom (GB)’, marketing authorisation holders (MAHs) were called to complete by 31 January 2021 the review of existing data, and change the country of authorisation to ‘United Kingdom (Northern Ireland)’ (country code ‘XI’) for products that will continue to be authorised by UK’s authorities with respect to Northern Ireland after 31 December 2020. An eXtended EudraVigilance Medicinal Product Report Message (XEVPRM) was then to be submitted to communicate the updating of the record.

A similar modification of the country indication is also needed to update the address information in Art. 57 database for MAHs, registration holders, qualified persons for pharmacovigilance (QPPVs) and pharmacovigilance system master files (PSMFs) located in Northern Ireland; all these functions must be established in the EU/EEA for medicinal products authorised or registered in the EU/EEA. All details can be modified through the EMA Management Account portal, and changes have to be notified within 30 calendar days.

EMA also provides indications on how to calculate the fees for nationally authorised products in EMA Pharmacovigilance procedures. Access for UK authorities to EudraVigilance database is now granted just on a write basis via Gateway submissions in relation to individual case safety reports (ICSRs) from the Northern Ireland territory. EMA provides details on how to report safety post-authorisation issues originating in NI, while third countries rules apply to cases originating in the rest of Great Britain (“GB” code). The same also apply to the communication of all clinical trial SUSAR cases, irrespective they are occurring in the UK or Northern Ireland.

From 1 January 2021 MAHs can access ICSRs in EudraVigilance just for their products authorised in the EU or carrying the Authorisation country ‘United Kingdom (Northern Ireland)’. Sponsors of clinical trials cannot be based in NI, and have to nominate a legal representative in the EU/ EEA should this be the case, while it is possible the Qualified Person of the trial is based in NI. All data can be updated using the EudraCT application. Electronic application forms (eAF) will also see the move of the ‘United Kingdom’ country code to the third countries section; the term ‘United Kingdom (Northern Ireland)’ is available to be used when appropriate with reference to EU/EEA, depending on the type of regulatory procedure used.

The PSUR repository will continue to be fully accessible to UK authorities, but products are available for selection only if the corresponding information in Article 57 database has been correctly updated as discussed above. EMA also provides information on how to submit new PSURs for products authorised in the United Kingdom with respect to Great Britain (which will not be part of EU single assessment procedures). The local representative for NI has to substitute the UK’ one on Product Information of centrally authorised medicinal products. All information needs to be updated by no later than 31 December 2021. Different deadlines are in place to update the marketing status of products, according to the actual area of their commercialisation.

Batch release procedures and controls performed by QPs located in Northern Ireland are automatically recognised for import of medicinal products in the EU/EEA, without need to run duplication of the analysis. This is not true for medicines manufactured in Great Britain and imported in NI starting 1 January 2021, which are then subject to reassessment. GMP and MIA certificates released by UK authorities in relation to facilities located in Northern Ireland will continue to be recognised in the EU and to be available in the EudraGMP database. The same does not apply to certificates released after the end of the transition period and relative to manufactures located in the Great Britain, as this is now considered a third country. Despite this, the risk based approach agreed by EMA’s GMDP Working Group still allows to use certificates issued by UK authorities and pertaining UK or third countries manufacturers to demonstrate GMP compliance. The written confirmation of GMP compliance issued by UK’s third country regulatory authorities is not needed for active pharmaceutical ingredients manufactured in Northern Ireland and imported in the EU, while it is a compulsory requirement for imports from the rest of the UK.

MHRA updated its guidances and launched the ILAP programme

The UK’s regulatory authority MHRA has also made a big effort to update all the relevant legislation and guidance for the pharmaceutical industry to reflect the new post-Brexit status of the country. A dedicated webpage is available on MHRA’s website, listing the new documents to be followed by companies wishing to run their business in Great Britain in the field of clinical development, medical devices, and import and export of pharmaceuticals.

The new Innovative Licensing and Access Pathway (ILAP) has been launched on 1 January 2021, a programme aimed to favour rapid approval of innovative medicines developed in the UK. The new integrated platform sees the collaboration of the different stakeholders, including the National Institute for Health and Care Excellence (NICE), the Scottish Medicines Consortium (SMC), NHS England and NHS Improvement (NHSE&I). Products accessing this regulatory pathway will receive an “Innovation Passport” designation, which will correspond to a “Target Development Profile” (TDP) document, aimed to dynamically describe the roadmap to reach patient access in the UK. Patients themselves will be active part of the entire process, and a toolkit will be available to optimise the development programme.

“Now we have left the EU, we have the freedom to innovate and cut red tape to speed up the approval process for new treatments and ensure patient safety is at the heart of everything we do. The new pathway represents a totally new way of thinking and is a truly collaborative approach between the healthcare system, the pharmaceutical industry and patients with the common goal of getting the best products to the people who need them as safely and quickly as possible”, said UK’s Minister for Innovation, Lord Bethell.

ABPI’s Chief Executive Richard Torbett also commented the new initiative, “which will help our companies get new treatments to patients faster by offering them a similar rolling review as was done with the Pfizer/BioNTech vaccine and concurrent review by all parts of the health system. This is something we’ve been calling for as the MHRA prepares for Brexit”.

Comments from the industry on the Free Trade Agreement

A joint statement has been released by the European Federation of Pharmaceutical Industries and Associations (EFPIA) and the Association of the British Pharmaceutical Industry (ABPI) upon the announcement of the signature of the final Free Trade Agreement. “We have always said that a deal is in the best interest of patients in the UK and the EU. This means ongoing collaboration in key areas including scientific research and cooperation in areas like medicines safety. We will now take the time to look at the detail to understand what it means for our members and the future of the pharmaceutical industry” said Richard Torbett on behalf of ABPI and Nathalie Moll for EFPIA, while reassuring industry will continue to ensure efforts to mitigate any disruption in the flow of medicinal products across the Channel.

The Chief Executive of the UK’s BioIndustry Association (BIA), Steve Bates, highlighted the importance of some early details of the Agreement, such as the possibility to self-certify the origin of goods sold and the that to enjoy ‘full cumulation’, making it easier to comply with requirements and obtain zero-tariff access. Specific measures for pharmaceuticals and chemicals, the possibility to still access the Horizon Europe programme and the absence of equivalence of conformity assessment are other positive points, according to BIA. “In his first remarks on the deal the Prime Minister mentioned positively the concept of ‘mutual recognition’ and stressed his desire for the UK to be a ‘collaborative science superpower’, ‘able to set our own standards, innovate in the way we want, and to originate new frameworks for sectors like bioscience’”, Steve Bates added.

The Royal Pharmaceutical Society (RPS) also highlighted its priority areas of action (inclusive of protecting patient care, supporting the pharmacy workforce, and ensuring the continuity of medicines supply, see here), asking for a rapid action of the UK government. The Society focus for 2021 will include the support to change the legislation in order for community pharmacists to make minor changes to prescriptions to enable the safe and effective supply of medicines to patients where there are routine medicines shortages. Counterfeiting of medicinal product will continue to represent an hot issue, paralleled by patient safety and minimisation of price hikes.