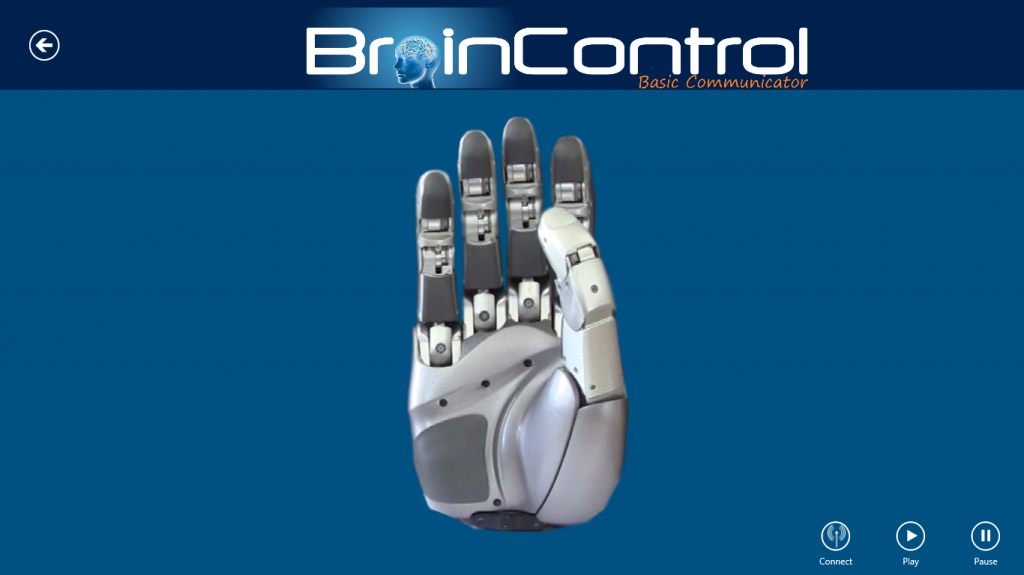 Locked-in patients are people which, apparently, have completely lost their ability to communicate with the external world; they cannot use the sensitive organs, for example eyes to write using computer-assisted technologies, neither do any type of physical movement.Locked-in patients are still able to use their mental abilities, even if they are completely unable to voluntary perceive and control the physical body: this becomes particularly true in the final stages of the disease, and patients are often dramatically doomed to completely loose the capacity to communicate their emotions, feelings, joy or pain and to keep in touch with relatives assisting them. The psychological impact of such a condition is very difficult to be accepted and patients are to often subject to a constant and slow period of declining years. 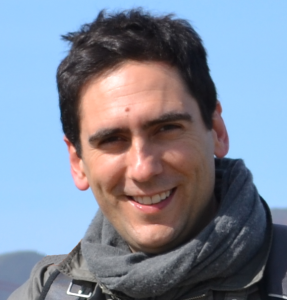 Pasquale Fedele is the founder of Liquidweb, an Italian start-up company winner of many prizes (Box) with BrainControl, its innovative system of assisted communication.

«I had the initial idea while I was still working at the university, where I was involved in developing information and communication technologies for disabled and elderly people with difficulties in maintaining their autonomy. I was analyzing the different brain computing interface, able to control a computer using the thought, available on the market and I realized that there were already many published studies but no final solutions for the patients», Mr Fedele tells PharmaWorld.
He started thus to become involved in an innovative and yet not fully explored research branch, that of motor imagery, studying thoughts connected to movement. The first results of this activity became available at the end of 2010, when Pasquale Fedele decided to build a first prototype of the technology while protecting it with a patent, in order to find investors interested in funding the development of a commercial product to be used by patients.

Just think to keep in touch with the outside

Traditional assistive communication devices need the residual presence of some sort of body movement in order for the patient to be able to communicate using the computer.
The drastic innovation introduced by Mr. Fedele and the Liquidweb research group is the ability to control the computer interface just by thinking the desired action: no need anymore of residual ability to move, i.e. eyes movement
«It’s enough for the patient to have the idea of making the movement – tells Mr. Fedele. – Even if the disease prevent the ability to move the hand, the thought connect to the action activates it at the cortical cortex level. The system records such thoughts using ecg-like sensors, which are inserted in a small cap wearied by the patient. It is thus possible to discriminate what he is thinking, for example if to move the hand straight in front of him or at its side».
Thoughts become a sort of pc-mouse or joystick: they are collected and elaborated by the computer and used to control the informatic interface in order for the patient to communicate with the outer world. For example, the technology can be used to make manifest to people assisting the patient that he/she is suffering of some kind of disturbance and where this inconvenience is localized, i.e. at the level of the head, or teeth, or legs, or abdomen, etc.
Just simple messages, but indeed this is enough to dramatically increase the quality of life of the locked-in patients, which otherwise would remain relentlessly isolated from the world.
«The electrical activity of the brain is 90% the same between different individuals. We perform an initial calibration of the software in order to highlight the specific response of each patient: for any single thought we intend to use we need about 40 minutes calibration», Mr. Fedele explains further.
One single and calibrated thought is enough to activate the system; other different thoughts can be then added, up to a total of 12. The patient communicates by choosing the desidered icon between the several available on the screen just by thinking it. “The icon is selected by thinking to push it. We have implemented thoughts need to control a radio-controlled helicopter model in order to demonstrate the potentiality of our method. The current version of the communicator device contains pre-defined tracks for locked-in patients unable to voluntary move any muscle, not even eyelid”, adds the president of Liquidweb

A strict synergy with patients

The company has developed the innovative device in a strict collaboration with several institutions and associations involved in the management of these pathologies, i.e. the Italian association for multiple sclerosis (Aism) and the Fondazione Maugeri institute, which made available to Liquidweb an expert in assistive technologies in order to support the company in the development of BrainControl.
Patients associations also have been involved in the development by advising Liquidweb the clinical cases available to experiment the new communication technology. «At present, our technology can be applied to patients affected by multiple sclerosis, tetraplegia or various ischemic conditions. The only prerequisite we need is just the will to communicate. We are working on further developments», adds Pasquale Fedele. The innovative Italian technology has been tested on patients ranging from 10 to 75 years of age, included some child affected by spastic tetraplegia. «We were worried this sort of condition could represent an issue, but tests have demonstrated that the convulsion do not interfere with the brain electrical activity and the system keep on working regularly», tells Mr. Fedele.

The technology upon which BrainControl is based is continuously evolving, and new functionalities are added to the system. The first, very simple, version of the system is already available: the communicator contains pre-defined messages and it has been developed specifically for locked-in patient; it can be used also by blind people, thanks to the auditory outputs available. «We have developed this first version of the device keeping in mind the most severe conditions, where patients have no other technology available to assist them to communicate. There are already different technologies available for less severe conditions, such as the eye-tracking system. We intend to further develop the functionalities of our system in order to extend the choice also to less severe patients», comments Mr. Fedele.
Liquidweb has won many prizes for the BrainControl technology and has started many contacts with potential investors, both in Italy and abroad, with the aim to further speed up the development of new releases of the system and the marketing of the current one at both a domestic and international level.