The “Documento di economia e finanze 2017” (DEF 2017), issued in September by the Italian Government, is the programmatic financial document upon which will be based Italy’s Budget Law 2018 (“Legge di Bilancio”), to be approved by the Parliament before the end of the current year. 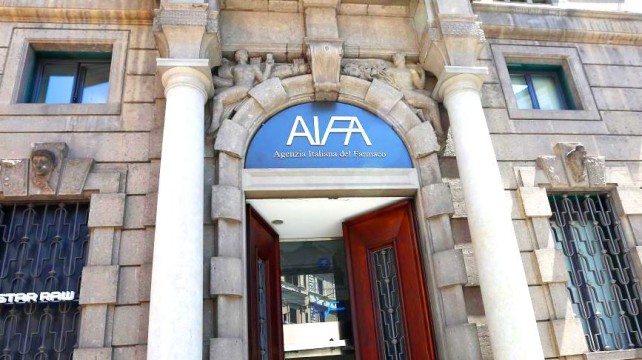 Together with this approval should also come the redefinition of the new governance of the pharmaceutical spending, which represents a main part of the healthcare costs.

The DEF 2017 casts both light and shadows for the financial future of the country. According to the “Nota di accompagnamento” of the DEF 2017, the actual overall growth rate is slightly stronger than expected last April (1,5% GDP, vs. the previously estimated 0,9%). Healthcare expenditure in 2018 is confirmed in €115 billions, with a gradual increase for the following years (€116 bln in 2019 and €118 bln in 2020).

Healthcare spending is going to decrease from the 6,6% GDP in 2017 to 6,3% in 2020. But bad news are expected for the next fifty years, as healthcare costs are estimated to gradually increase since 2025 (6,6%) up to 7,7% in 2050-2060, to then slightly reduce to 7,6% in 2070. Ageing of the Italian population is the main driver for the progressive increase of both long-term healthcare and social welfare systems.

Long term care spending shall raise up to 0,3% GDP since 2048, estimates the document. The overall age-related costs (including social shock absorbers) are expected to reach 2,7% GDP around 2045, to then decrease to 1,4% in 2060 and to 0,5% in 2070. This trend has also a negative impact on the sustainability of the public finances both on the medium and long term, tells the document: such an eventuality would cause the shift of Italy from the group of low risk countries to the medium risk one, warns the Government.

A new governance by the end of the year

The Italian Government has already redefined the amounts of the special Funds for innovative medicines (the list of products entitled to access them is available on Aifa’s website) and the criteria for the inclusion of new medicinal products under development into this category.

Both Farmindustria, the national association of the pharmaceutical industry, and Assogenerici, representing the generics sector, are urging the Government to define the new architecture. The current governance does not hold any more: overrunning is enormous and hospitals’ spending limits are no more appropriate compared to the real needs, told Farmindustria’s president Massimo Scaccabarozzi in an interview to Il Sole 24 Ore Sanità.

The journal interviewed also the president of Assogenerici, Enrique Häusermann, who highlighted the importance to redefine the pay-back mechanism to avoid the many legal disputes between pharmaceutical companies and the Italian Medicines Agency (Aifa) that characterised the procedure for years 2013-2015. The total amount of the pay-back referring to these three years is €1,5 bln, 600 mln of which have not been paid yet by the industry.

Aifa’s president Mario Melazzini confirmed to Il Sole 24 Ore Sanità that the 2013-2015 pay-back procedure should close by the end of the year, but also said the pay-back instrument shall continue to be active also with the new governance.

While waiting for the Government’s decision on the new governance, Aifa published on its website the operative istructions for the pharmaceutical companies called to fulfil obligations of the pay-back 5% for year 2017.

According to the current mechanism, which relates to pharmaceutical spending accredited with the National Healthcare Service (SSN, Law n. 296/2006 and Law n. 147/2013), pharma companies are entitled to ask Aifa to suspend the 5% price reduction for specialty medicines upon a yearly cash pay-back of the corresponding value on dedicated Regions’ bank accounts.

The due amount can be paid as a single instalment by the interested companies, upon filing of relevant data using the online application provided by Aifa. The procedure to communicate to the Agency the acceptance of the pay-back  5% 2017 closed on 2 October; the corresponding due amounts must be paid  by the companies no later than 5 December 2017. A document describing the entire procedure is available on Aifa’s website.