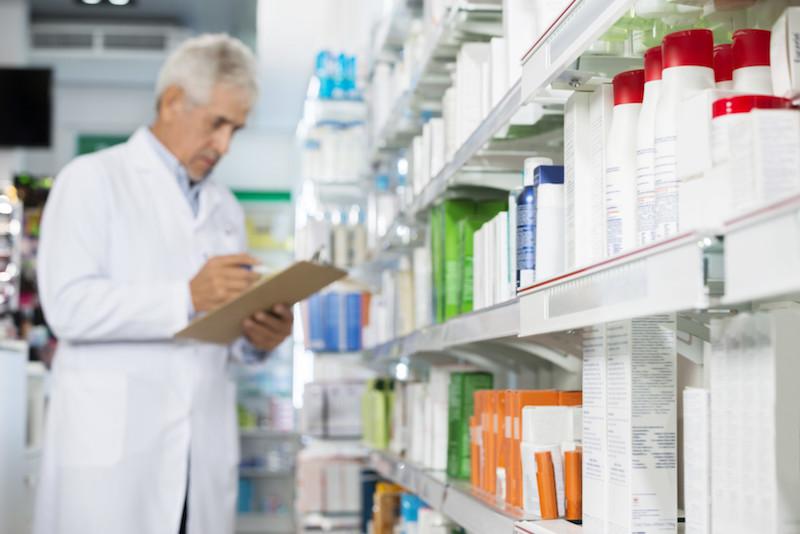 The theme of Brexit and its impact on Ireland is usually treated from the point of view of the backstop at borders between the two countries, the issue that formally stopped the ratification of the withdrawal agreement by the UK Parliament. But what about the impact on the supply of medicines in Ireland? It could turn out not to be negligible, as some 60-70% of the approx. 4,000 medicines on the Irish market are produced in the UK or are on transit through the UK, according to the Irish Department of Health.
Furthermore, Ireland is an important global hub for life sciences, with more than €70 billion exports annually for the pharma sector only (data Enterprise Ireland). Pharmaceutical companies employ around 30,000 people directly, a number that doubles if counting also indirect jobs. Other 38,000 people are working in the Irish medical device industry, which produced €12.6 billion in exports in 2016 (second in Europe).

The potential impact on the pharmaceutical sector

A detailed analysis of the potential impact of an hard Brexit on the Irish life sciences sector has been published by governmental agency Enterprise Ireland.
The advice given to domestic companies during a multi-stakeholder briefing by the HPRA’s Distribution Manager Aoife Farrell is to gain a deep knowledge and understanding of its own supply chains, from raw materials to end products. “Do you know where the active substance comes from; do you know how it gets here; does it transit the UK, or does it come from a UK manufacturing or storage facility; and what new regulatory and customs requirements do you need to be familiar with?”, said Farrell.
In the event of hard Brexit, products manufactured in the UK, or imported to the UK to be distributed within the EU, will be required to undergo testing within the EU/EEA after importation. Thus, they will have to be re-tested in Ireland. Results from a UK testing laboratories for batch release would not satisfy current legislative requirements, states point 9.3 of the HPRA guideline to Brexit.
In such instance, adds point 9.1 of the guideline, the receiving Irish company needs to hold a manufacturer’s/importer’s authorisation, and sourcing of exempt/unlicensed medicines from the UK must be carried out under an MIA. A Customs’ transit code can be used to transport medicines from a manufacturer in the EEA, over land through the UK, to Ireland. A procedure that does not require to re-test and produce a new QP certification in Ireland, as the products would not be considered as exported and re-imported. The transit code can also be used to transport batches of medicines from Ireland across the UK to other EEA markets without the batches undergoing importation controls on re-entry into the EU/EEA.
Attention should be paid at customs for mixed loads containing pharmaceutical products shipped together with other items for which customs checks will be mandatory, as this sort of situation might result in great delays in transit. This would be particularly problematic for pharmaceutical products having a short shelf life, or requiring particular storage conditions. According to Farrell, special customs procedures will be put in place for goods originating in one EU country and transiting through the UK before arriving in Ireland. These products shall not be considered as exported and then re-imported from a third country, the status UK will assume from 30 March. In any case, custom declarations will be required, according to Carol-Ann O’Keeffe, Assistant Principal with Revenue Corporate Affairs and Customs, but they can be submitted electronically and processed in milliseconds. “At present, the reality is that 92% of goods coming in from third countries are green routed”, said O’Keeffe. Tariff codes for products, their origin and value, consigner and consignee should be provided in advance by exporters wishing to sell their products in the UK.

The analysis run by Fitch Solutions also highlights the possible impact of an “unattractive operating environment for drugmakers”, due to the aggressive cost containment policies introduced by Irish government’s last healthcare reform (2018-2028).
Irish Prime Minister, Leo Varadkar, also announced on 15 January the creation of a “watchlist” containing 24 medicines presenting a particular high risk of shortage in the case of hard Brexit, including some intravenous foods and radiotherapy products. The message of the government to the Irish patients, hospitals and pharmacists is not to stockpile medicinal products, as this might inadvertently disturb the supply chain (see here the Reuters). A message that has been confirmed also by Bernard Mallee, director of communications and advocacy at the Irish Pharmaceutical Healthcare Association, in an article published on the Irish Examiner.

No immediate impact is thus foreseen by the Department of Health, as additional stocks of medicines routinely built into the Irish medicine supply chain are already available, and contingency plans are in place to allow the fast-tracking of essential drugs into Ireland in the case of emerging post-Brexit needs. A group of experts is monitoring the situation in order to early identify possible issues of shortage for the most essential categories of medicines, in order to promptly activate robust contingencies in collaboration with suppliers where needed. No major issue has been identified by now, according to the Secretary General.

The HPRA plans for a “no deal” exit

The Notice to Stakeholders published by the European Commission and the European Medicines Agency on 1st February 2019 summarises the consequences of a “no deal” exit of UK on legal requirements for medicinal products. From 30 March, marketing authorisation holders (MAHs) will need to be established in the EU (or EEA); many activities – such as pharmacovigilance or batch release – and the Qualified Person also must be based in Europe, excluding the UK.

Problems might arise in the case MAHs have not yet acted in order to transfer the relevant authorisations from UK to another EU country, or have not submitted the relevant requests to EMA. According to the last update of the Agency’s survey (October 2018), there were still 19 centrally authorised human products and 12 veterinary ones presenting concerns for Brexit-related supply disruptions.

Irish Health products Regulatory Authority (HPRA) and the Health Service Executive agency (HSE) have already prepared their plans to face the increasingly probable scenario of a “no deal” exit of UK from the European Union. Details can be found on the dedicated page on the HPRA website.

Companies which may be impacted should contact the regulatory authority, that on its hand is ready to seek pragmatic solutions for the possible issues. Joint labels, for example, will be accepted if respondent to requirements for the Irish market. This point has been further clarified also by the Rev.04 , point 24, of EMA’s Q&A on Brexit (1st February 2019), according to which the Summary of Product Characteristics (SPC) has to be the same in all the markets concerned and the Member State must have allowed additional information labelled in the “blue box”, limited to certain administrative information.

HPRA is also reviewing the supply chain and stock levels in Ireland. The announced intention is to utilise the existing framework for shortages to manage any unavoidable short term delays arising from Brexit. To achieve this goal, the agency asks the collaboration of the industry, that is called not to take any unilateral decision to cease supply to the Irish market based on regulatory issues without a previous contact with the HPRA.

The framework for medicinal product shortages

The multi-stakeholder approach to handling shortages of human medicinal products was adopted by HPRA in September 2018.
The framework, developed on the base of a review of current practices in Ireland and other countries and upon consultation with relevant stakeholders, aims to improving procedures for early notification of shortages, their evaluation and outward communication, according to the principles listed in the document and in coordination with all participants to the supply chain.
All indications and templates to notify a shortage to the HPRA are available on the dedicated webpage of the agency.
The framework is used to manage and address an average of 45 shortage notifications a month, according to the Department of Health; the last report (dated 12th February 2019) indicates HPRA received and solved 45 cases of shortage in the previous six months.