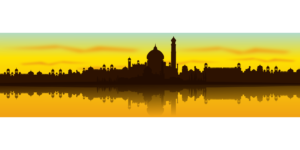 The Indian pharmaceutical market is booming. This on the one hand thanks to production costs that are significantly lower than those of the United States and Europe (almost half), on the other hand for the government’s moves to encourage it. The Indian pharmaceutical industry responds to over 50% of the global demand for various vaccines, 40% of the demand for generics in the United States and 25% of all drugs in the United Kingdom. The India brand equity foundation produced in July 2018 a dedicated report for this growing market.

Cost-effectiveness of production is the first element to analyse if we look at the Indian market and think about the advantages of this country. In fact, the low labor and R&D costs increase the efficiency of Indian pharmaceutical companies. India’s production cost is about 33% lower than that of the United States. Due to lower treatment costs, India is also emerging as a primary destination for medical tourism. If this is coupled with the ability of the country to produce high quality medicines at low prices, it is easy to understand what a great business opportunity for the domestic industry is. Secondly, India focuses on several economic drivers: on the one hand the economic growth of the country to improve the accessibility of drugs, on the other the increase in the penetration of health insurance. Finally, with increasing penetration of pharmacies, especially in rural India, over-the-counter drugs will be readily available to more people. Furthermore, India intends to continue to diversify its portfolio, which currently weighs 10% on global pharmaceutical production. The country has more than 60,000 generic brands in 60 therapeutic categories and produces more than 500 different APIs. Last but not least, government support for growth (Box 1). “Pharma Vision 2020” was presented to make India a global leader in end-to-end drug production.

India is the largest provider of generic drugs globally. In particular, the Indian pharmaceutical industry provides answers to 40% of generic demand in the United States. The government plans to allocate 70 million dollars to local actors for the development of biosimilars. Furthermore, the domestic market is expected to reach $ 27.9 billion in 2020 and $ 40 billion by 2030.

National API consumption is expected to reach $ 18.8 billion by 2022 (fiscal year). In April 2018, a high-level task force was established to create a roadmap to increase national production of APIs. In fact, India currently imports over 60% of APIs from other countries.

The Indian pharmaceutical market was valued at $ 33 billion in 2017. Based on the growing annual turnover, anti-infective, cardiac and gastrointestinal drugs are the ones with the largest market share. The pharmaceutical industry in the country is expected to expand in the coming years to reach 55 billion in 2020 (CAGR of 22.4% in the period 2015-20). India’s pharmaceutical exports are estimated at 17.27 billion dollars in 2017-18 and are expected to reach 20 billion dollars by 2020. The main export destination for Indian pharmaceuticals is the United States. In 2017, 38% of the exports of products formulated by India were in the United States, followed by 20% by Sub-Saharan Africa (Figure). In 2018, 31% of India’s total drug exports went to the United States. Indian companies received 304 approvals shortened by the FDA in 2017. The country accounts for about 30% (in volume) and about 10% (value) in the US generic market. The Indian biotechnology industry is expected to grow at an average rate of about 30% per year and reach $ 100 billion by 2025. Biopharma, including vaccines, therapy and diagnostics, is the largest sub-sector and contributes almost 62% of total revenue ($ 1.89 billion).

India is among the leaders in the clinical trials market. Because of a genetically diverse population and the availability of qualified doctors, India has the potential to attract huge investments in this field. Data show that from 2009 to 2015, 3043 clinical trials were performed in India. Furthermore, in June 2017, the Clinical Trials Registry – India registered 8,950 clinical trials.