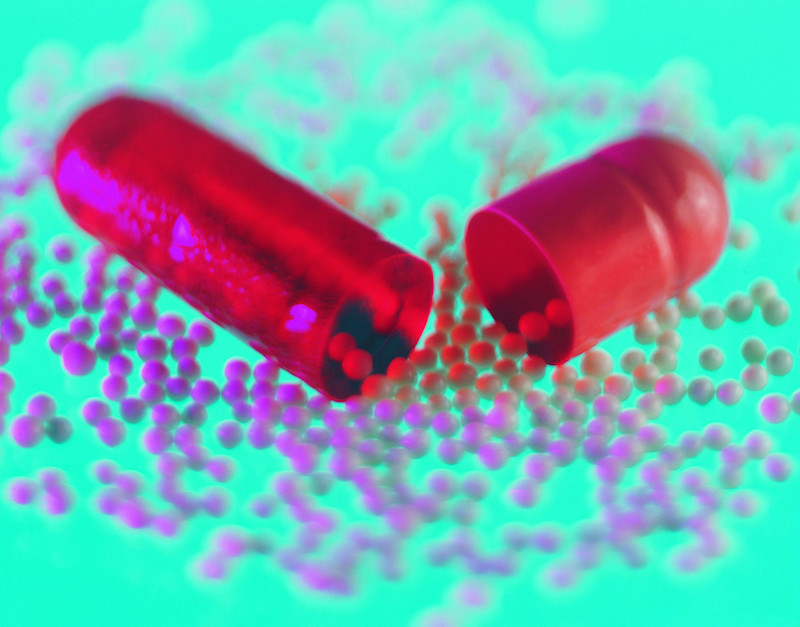 In the integrated pharmaceutical supply chain, the choice of a reliable supplier for the provision of the active pharmaceutical ingredient (API) is a critical point to be addressed to ensure the safe and constant supply and the quality of the final medicinal product. As stated by the Food and Drug Administration (FDA), “It is the manufacturer’s responsibility to understand and assess their manufacturing process, assess any changes to that process, and based on that assessment and understanding, ensure test methods utilised can detect impurities expected to develop during the manufacturing process”.

The importance of this assessment since the very beginning of the development of the API’s manufacturing process has been clearly evidenced by the sartans issue exploded in June 2018: the API supplier Zheijiang Huahai (China) has been put under increased supervision after the issuance by the European Medicines Agency of a statement of non-compliance with good manufacturing practice (GMP), prohibiting the use of its valsartan in EU medicines, while imports of irbesartan from Indian company Aurobindo has been also stopped. In both cases, the decision of regulatory authorities followed the identification of probable carcinogens and genotoxic N-nitrosamine impurities (NMDA and/or NDEA) in the APIs (read here more from EMA).

The core requirements to be kept in mind while selecting a new API supplier have been discussed in an article by Cynthia A. Challener published in Pharmaceutical Technology, starting from the experience gained while dealing with the sartans case both at the regulatory and industrial level. Another article by Rita C. Peters afford the theme of the qualification of APIs’ suppliers from the perspective to prevent counterfeiting of the final medicinal products.

Before June 2018, N-nitrosamines were not considered among the impurities identified in sartan-containing medicines used to treat hypertension, and they were therefore not detected by routine tests. These chemicals form during the manufacturing process of sartans containing in their structure the tetrazole ring. At the end of January 2019 EMA asked pharmaceutical companies making sartan-based medicinal products to review their manufacturing processes in order to certainly avoid the undesired production on N-nitrosamine impurities (see here the details for the maximum daily intake and limit for NDMA and NDEA during the transition period). Following this two years period, companies will have to demonstrate that their sartan products have no quantifiable levels (< 0.03 parts per million) of these impurities before they can be commercialised in the EU. The FDA is also investigating the possible causes leading to the formation of the genotoxic impurities.

Lessons learnt and opportunities for the future

Compliance to the impurities levels established by the pharmaceutical regulations may be not enough to completely exclude the presence of very low levels of toxic substances, is the first lesson coming from the sartans issue. According to the Challener article, a possible cause for the formation of NDMA and NDEA might have been the occurrence of a side reaction involving a trace impurity in a solvent. Recycled solvents may also contribute to possible undesired side reactions. Inadvertently cross-contamination of the equipment and/or reagents may be another possible cause, adds EMA in its referral analysis of the case.
Any lesson learnt opens the space to new opportunities, starting from a more accurate process of risk assessment, to improve the compliance to GMPs and even exceed their requirements in order to reach the maximum possible guarantee for the quality of both the API and the final product.

Where to pay attention

The responsibility of the qualification of the API suppliers falls upon the marketing authorisation holders (MAH), that are thus called to exert a detailed due diligence on all aspects – including also the scientific ones – that might affect the quality of the substances used in production.
The full “fate and purge” study usually performed during process validation is one of the possible points where to pay attention to identify the potential impurities formed during the process, according to the Challener article. Attention to the change control process may also help in better identify, for example, the impact of the decision to change a solvent with respect to the potential impurities associated with it. These should be features captured during the risk assessment exercise, together with consideration on the possible application of the M7 ICH guideline on the assessment and control of DNA mutagenic impurities to limit potential carcinogenic risk.

A task that according to the experts interviewed by Cynthia Challener requires the adoption of more sophisticated analytical detection methods compared to the routine ones used to control APIs or the final products. In any case, all changes to the manufacturing process of an active ingredient should be deeply and jointly analysed by the supplier and the MAH on the base of an impact assessment.

If competence is not high enough

A feature that may result difficult to be exactly assessed is, according to the Challener article, the real scientific competence of the API supplier. Advanced chemical knowledge is fundamental to foreseen and prevent issues that might occur during processing due to undesired reactions. This type of competence should characterise not only the industrial part of the game (both for the API supplier and the MAH) but also the regulatory authorities evaluating the dossiers.
The proper assessment of the quality and GMP systems of the supplier, and of the scientific and technical competence of its workers, is an important factor that should be always weighted prior to the choice together with the much more typical price considerations. This can be achieved by audits of its facilities, and it should be coupled, where needed, to considerations on the possible impacts that might derive from the process.
The level of competence can be also indirectly assessed by the analysis of the regulatory track record of the supplier, and of the corrective actions that have been put in place to answer observations. The investments made in up-to-date analytical equipment, adds Cynthia Challener, may also support the assessment of the expertise in the development of new chemical entities, the design of the experiments and process, the development of analytical methods and quality assurance activities.

The problem of low quality APIs is even more pronounced when dealing with counterfeited pharmaceutical products, as the provisions established by the Falsified Medicines Directive do not impose any strict action to trace the supply chain of the active ingredients. But such a tacking process would be essential to guarantee the quality of the APIs, according the Peters article, not only to prevent counterfeiting, but also to improve the overall supply chain of regularly approved medicinal products.
As a matter of fact, it is often difficult to exactly trace all passages and companies involved in the supply of raw materials used to manufacture the active ingredients and/or final medicinal products. Routine identity testing – and even better testing of critical quality attributes – and a periodical re-validation of the supplier are among the actions suggested by the article, especially in the case a single supplier for the API should be available. Periodical validation of test results reported in the Certificates of Analysis provided by suppliers should be also run by the MAH in order to minimise the risk of using adulterated or low quality raw materials. There have been 20 companies cited by the FDA in 2018 for failure to adequately test incoming raw materials, reports Rita Peters.