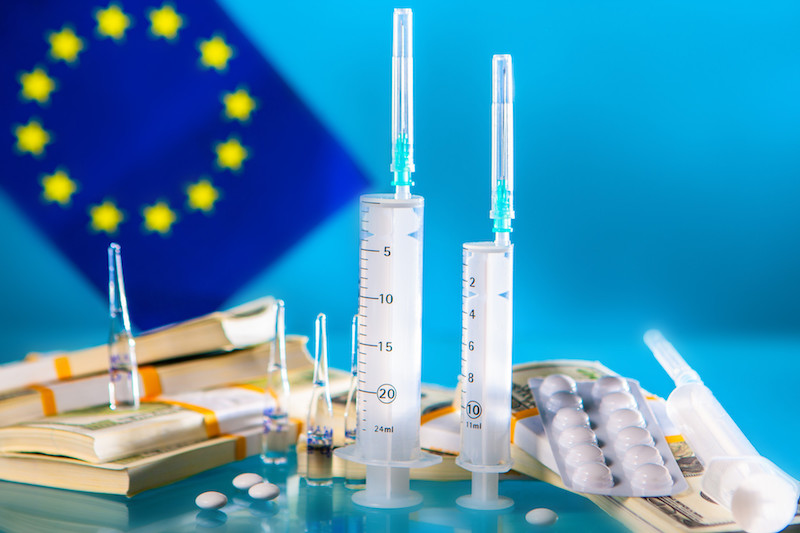 The main features of the future of healthcare in the EU have been addressed by Ursula von der Leyen in her speech on the State of the Union, held on 16 September at the European Parliament. A speech that came just prior the second wave of the Covid-19 pandemic started to regain strength, and during which president von der Leyen expressed how this difficult challenge represented “The moment for Europe to lead the way from this fragility towards a new vitality”.

Towards a stronger European Health Union

The Covid-19 crisis activated many initiatives to improve the coordination of European policies in the health sector. After the release of the new EU4Health programme as the main tool to face challenges posed by the pandemic, Ursula von der Leyen announced in her speech the intention to reinforce and empower both the European Medicines Agency (EMA) and the European Center for Disease Control and Prevention (ECDC) in order to improve crisis preparedness and management of cross-border health threats. The EU Commission also plans to create a new Agency for biomedical advanced research and development, a “European BARDA” to be modelled on the example of the similar agency of the US government. Another important goal impacting on the pharmaceutical sector is the activation of strategic stockpiling to face issues with supply chain dependencies.

The EU4Health 2021-2027 programme was expected to invest  €9.4 billion to completely redesign the organisation of healthcare systems in the EU; funding should be provided at the countries level under the Recovery Fund, as well as to health organisations and NGOs. The total budget was then reduced to €1,7 billion upon request of the “frugal countries” (Austria, Denmark, Netherlands and Sweden) during the July 2020 EU Summit (read here more on Euractiv).

The creation of reserves of medical supplies and HC staff and experts to face new cross-border health crisis is the first target of the programme. The digital transformation is a key driver to support many objectives of EU4Health, from improved resilience to epidemics to the support to prevention and health promotion linked to ageing. Improved access for vulnerable groups and affordability of drugs and medicinal devices are other areas of planned intervention. Environmental aspects are also included in the strategy, ranging from a more prudent use of antimicrobials to innovation towards greener manufacturing processes. The fight against cancer and anti-microbial resistance will remain the higher priorities, together with the improvement of vaccination rates.

Redefining the framework of European agencies

The proposal of a European BARDA, the true novelty in Ursula von der Leyen’s proposal on health, was anticipated on 1st September by Philippe Aghion and other economists from the columns of VoxEU, a main European economic think tank. The lack of coordination across member states and different funding schemes for R&D in healthcare are indicated by the group as the reason why the EU is behind the US as for incentives for vaccine innovation. “This is problematic because the best way to get one’s economy back on track is to eliminate the virus.”, wrote the experts.

The article compares the numbers put in place on the two sides of the Atlantic to fight the Covid pandemic. In the US, BARDA was able to use $6.5 billion allocation to provide funding to more than 40 companies for research and development of new treatments, vaccines and diagnostics. According to the authors, the approach followed by the EU has been less coherent overall, with splitting of funding along different lines of action. The EU is also highly active in international cooperation efforts (i.e. the Coronavirus Global Response or the Coalition for Epidemic Preparedness Innovations).

The economists suggest the new European BARDA should see the participation of member states on a voluntary basis, with a beneficial impact deriving from the possible adhesion also of Great Britain. To reach the optimal setup of the new agency, the trade-off between scale and adaptiveness/flexibility should be identified, together with a science-based and transparent decision process. “Naturally, ‘pressure’ on pharmaceutical companies to avoid excessive profits, as well as sufficient international (public and private) aid to ensure global access, will be very important”, add the authors.

According to Science Business, the proposal of a European BARDA made by Ursula von der Leyen may represent a response to the CEOs of AstraZeneca, Pascal Soriot, and Sanofi, Paul Hudson, who affirmed a similar agency would be needed in order to negotiate advanced purchase agreements for Covid-19 vaccines in a similar way than in the US. The EU Commission is already acting on behalf of all member states to negotiate contracts for these vaccines, using a €2.3 billion emergency fund for down payments (read here more).

The US’s BARDA was created in 2006 to contribute in setting up responses to possible bioterrorism and pandemic threats, especially in areas less covered by the pharmaceutical industry (i.e. Ebola, Zika, anthrax, and swine flu). The debate is now open on how to better design its European version, and many are the question marks with regard to the possible occurrence of undue political influence, the different type of funding schemes used in the US and the EU and the role played by the pharmaceutical industry, which should include the avoidance of conflicts of interests (read here more).

The WHO Europe’s vision

The transition towards new models of healthcare for European countries is also supported by WHO Europe, the regional representative of the World Health Organisation; its vision for future has been published on The Lancet and it shall align “with the needs and expectations of the governments to which WHO is accountable”. International solidarity and willingness to learn from each other are the inspiring principles highlighted by the Regional Director of the WHO Regional Office, Hans Kluge.

The final goal is a pan-European Culture of Health, “in which health goals guide public and private decision making, and everyone can make healthy choices”. WHO Europe’s strategy is made up of six different lines of action, starting from the support to countries for the identification of emerging health challenges and possible responses. The WHO Health Emergency Programme shall be involved in better prepared European countries to respond to health emergencies and threats, while the WHO pan-European Transformational Leadership Academy shall represent the coordination point to assist the scaling-up of effective and sustainable innovations to transform health systems. The improvement of healthy life styles, scientific literacy and trust in health authorities are other goals of WHO Europe, that will also work to strengthen its strategic partnerships and to ameliorate its own structure and processes.

The vision of the stakeholders

EFPIA, on behalf of the innovator pharma industry, published a reflection paper to comment criticalities emerged from the Covid-19 emergency and the possible options to improve the current situation. The crisis should represent “an opportunity to implement an ambitious reform agenda for European health systems, including discussing the mandate of the EU in the field of health”, states the document.

The societal and economic value of health has been greatly put under discussion by the recent emergency, according to EFPIA; health expenditure should not be regarded anymore as a cost, but as an investment, thus avoiding new budgets’ cuts. The delivery of healthcare services with regard to personnel constraints and cross-borders activities should be also considered. Solidarity between member states should be improved “to achieve common preparedness as well as equal access to healthcare and comparable outcomes for patients”. Integrated budgets – including both health and social care – should represent the tool to overcome the still existing silos leading to fragmentation of healthcare systems and services.

E-health and telehealth have been experimented during the Covid-19 and may represent useful options to free hospitals from chronic patients, whose assistance should be reorganised at the territorial level to also include home care delivery. This last approach may represent the new key modality to run clinical research, providing the availability of high-quality, real-time and comparable health data for analysis and decision-making. The fragmentation in the collection and classification of Covid-related mortality data between different countries is for EFPIA a clear example of this need. Interoperable Electronic Health Records (EHR) and the planned European Health Data Space would help to overcome this challenge; they should be complemented by the creation of a European Health Data Institute, as recommended also by the EU Health Coalition.

According to the Federation of the pharmaceutical industry, the optimisation of the supply chain for essential medicines and medical equipment would benefit by an improved role of the  ECDC or another EU structure in the monitoring and assessment of national and regional healthcare demands and capacities.

The European Public Health Alliance (EPHA) published its comments to president von der Leyen’s speech on the State of the Union. According to the Association, the key points are to be found in the support Mrs von der Leyen expressed with respect to a stronger “European Health Union” and the possibility to reconsider EU’s health competencies in the context of the Future of Europe conference, to be held during the next G20 in Italy. This last option would request a revision of the European treaties: a not so easy task to be achieved, but which may now be favoured by the increasing cross-border threats posed by the pandemic. According to EPHA, “It will be important for civil society to play an active role in the process to ensure that whatever comes of the proposal, it will correspond to Europeans’ real needs and concerns”. The Association sees favourably the expansion of roles for EMA and the ECDC, with this last agency gaining more competencies also on non-communicable diseases.

As for the possible creation of a European BARDA, this would prove beneficial to guide and advise member states with respect to pandemic preparedness and management, says EPHA, provided the new agency would prioritise public health needs and guarantee the affordability and availability of all end products. The think tank also commented other aspects of the State of the Union speech impacting on health, including financing and budget constraints, and the digital and Green New Deal transformations.