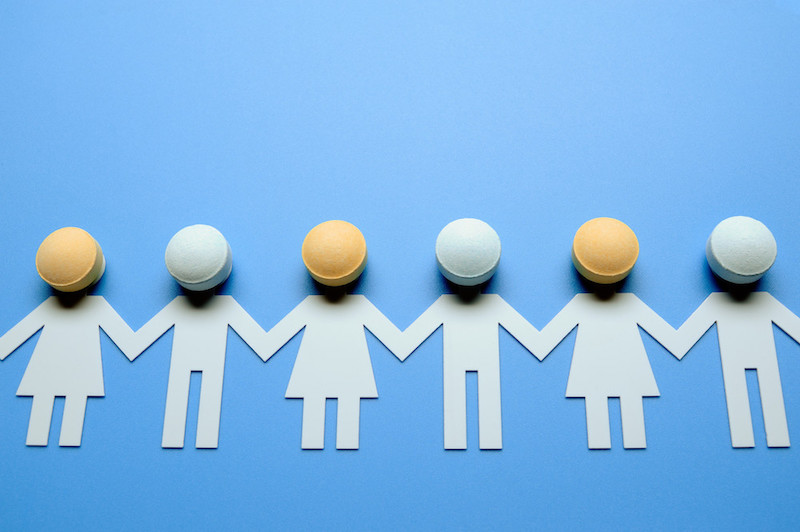 The new health technology assessment (HTA) regulation, first proposed by the European Commission on 31 January 2018 (we wrote about it in the June newsletter), is continuing its trip towards final approval expected by 2019.

After the issuing of the final opinions from the relevant Committees (see below), the consolidated text of the regulation (see here the final report of 24 September 2018) was voted in first reading during the plenary sitting of 3 October 2018 and adopted with 576 votes to 56, and 41 abstentions. The next step of the procedure will see the Parliament dealing with the negotiations for a first reading agreement with EU ministers once they set their own position on the file.

The approved text substantially reflects the proposed amendments of the EP’s Committees: one of the main features of the new legislation is the distinction made between “assessment” and “appraisal” of the new technologies. The first one (which is the object of the new HTA regulation) is based on the scientific clinical evidence available at the time of the marketing authorisation and it is just intended to determine the “added value” of a new technology. Appraisal will continue to be run independently by each Member State, it can include both clinical and non-clinical information and data, and it is intended to provide access to treatments on a national basis and to determine price and reimbursement according to each country specific characteristics and policies.

We provide a summary of the main points of the approved document.

Amendments adopted by the European Parliament

The many barriers still preventing access to patients, including the “lack of new treatments for certain diseases and the high price of medicines, which in many cases do not have added therapeutic value”, are another problem addressed by the new regulation. New recital 1(c) adds that Joint clinical assessment (JCA) bodies normally take into consideration comparative effectiveness, but these sort of studies are not usually part of the marketing authorisations procedures.

As for Joint scientific consultations, recital 20(a) specifies that they should address transparently the clinical study design and the determination of best comparators, on the base of best medical practices and in the interest of patients. To ensure confidentiality of data – while making them as open as possible in order to preserve the public interest – recital 21(a) states that commercially sensitive data are shared in an anonymised format for the redaction of reports before publication. “Public health should always prevail over commercial interests”, further adds recital 21(b) with respect to the disclosure of data impacting on the health of individuals.

HTA is defined as a scientific evidence-based process focused specifically “on the added therapeutic value of a health technology in comparison with other new or existing health technologies”. Comparative assessment based on comparative trials against the current best proven intervention (‘standard treatment’) – or against the current most common treatment where no standard treatment exists – is the instrument of choice to perform the assessment, according to recital 3(a).

JCAs shall apply also to “certain medical devices within the meaning of Regulation (EU) 2017/745 […], given the need for greater clinical evidence concerning all of those new health technologies” (rec. 12). The tool of HTA should support the universal health coverage, as stated by the World Health Organisation (WHO) in May 2014 (rec. 2(a)). It might also be extended, suggests recital 4(b), to areas such as diagnostics used to supplement treatment, surgical procedures, prevention, screening and health promotion programmes, information and communications technology (ICT) tools, health-care organisation plans and integrated care processes.

HTAs shall be run according to the nine ‘HTA Core model’ domains identified under the EUnetHTA Joint Actions, four of which are clinical and five non-clinical. The first ones include the identification of the health problem and currently available technology, and the examination of the technical characteristics, safety and relative clinical effectiveness of the new technology under assessment. The second ones include cost and economic evaluation, ethical considerations and organisational, social, and legal aspects.

The summary report, according to article 6.1.2, shall contain at least the compared clinical data, the end-points, the comparators, the methodology, the clinical evidence used, and conclusions as regards efficacy, safety, and relative efficacy. It shall discuss also the limits of the assessment, diverging views, and report a summary of the consultations carried out, and the observations made.

Article 6.2 lists the documentation to be submitted by developers, that shall include all data and studies, including negative results. Other relevant complementary data and information may be obtained from public databases and sources of clinical information, such as patient registries, databases or the European Reference Networks. As for orphan medicines, article 6.2(a) specifies that the Coordination Group may “justifiably consider that there is no substantive reason or additional evidence to support further clinical analysis beyond the significant benefit assessment already carried by the European Medicines Agency”.

A seven day period is suggested for the developer of the technology under exam to object in writing to the conclusions of the JCA report and summary report; the Coordination Group is granted another seven days to respond to such observations. A system of charges for health technology developers requesting both joint scientific consultations and JCAs for research on unmet medical needs shall be put in place by the European Commission, according to rec. 27. The Commission is also called to reach a common agreed definition of what constitutes “high-quality innovation or added therapeutic value” (rec. 28 (b)). The Coordination Group shall issue the methodologies needed to run the assessments and consultations by no longer than six months from the final approval and entry into force of the new HTA regulation.

Other expected outcomes of the new legislation are a common “POP” database for sharing projects Planned, Ongoing or recently Published by individual agencies. Another database shall store the information and the stage of assessment of new emerging and promising technologies, as well as the request for supplementary studies arising from the HTA.

The time proposed to publish JCAs’ reports and summary reports is not less than 80 days and not more than 100 days, except in justified cases (art. 6.14(b)). To avoid conflicts of interest, distinctive mandates of the Coordination Group’s sub-groups conducting the joint clinical assessments and the joint scientific consultations should be considered.

The Committee on the Internal Market and Consumer Protection (IMCO) published its final opinion on 20 July 2018. Among others, the Committee indicated the need to consider health technologies a key factor to improve health policies, as they would allow to increase “access to more progressive health technologies, and thus achieving a high level of health protection”. The Committee also underlines patients’ rights to be protected “against the financial, social and medical consequences of a disease”, and to have unrestrained access to the latest therapeutic discoveries, “which should be guaranteed by law in all Member States”.

IMCO asked for joint clinical assessments to be carried out on all medicinal products undergoing central marketing authorisation and incorporating a new active substance, and in case of subsequent authorisations for new therapeutic indication. Some types of high-risk medical devices should also had been included in the purpose of the new regulation. The Opinion clarifies that JCAs should focus on the factual review and analysis of available evidence at the time of regulatory approval of the product, thus the two procedures should be run in parallel. Furthermore, the assessment “excludes any valuation (i.e. setting a value) of a product, as this step is called appraisal and remains the full prerogative of Member States”. The HTA analysis should include all “patient-relevant health outcomes”, i.e. data that captures or predicts mortality, morbidity, health-related quality of life and adverse events. All these points are present in the consolidated text approved by the Parliament.

Synergies and conditions for the updating of assessments are also needed, according to IMCO, in order to avoid duplication of efforts between the European Medicines Agency (EMA) and JCA bodies. These last ones are expected to cooperate on the base of principles of good governance, objectivity, independence and transparency. Member States shall maintain the right to complement joint clinical assessments with additional clinical evidence, where needed. The opinion confirms that certain Member States can start clinical assessments “even before the marketing authorisation has been granted by the Commission”, and the process should be completed in any case by the time of the publication of the Commission decision granting MA. Assessment of medical devices should occur after their launch on the market, and “if possible, in the presence of producers”, was the suggestion made by IMCO.

The Committee also highlighted that joint clinical assessment of vaccines should be also accomplished, in order to consider their preventive nature “that brings benefits to individuals and populations over a long time horizon”.

Results of the work already undertaken in the EUnetHTA Joint Actions, and in particular the methodological guidelines and evidence submission template, should be used to create the common procedures for joint clinical assessments and joint scientific consultations.

The Commission and the Coordination Group would be responsible to establish the updating frequency for HTA parameters and procedures, and should set a flexible framework to accommodate the special features characterising some types of products, e.g. advanced therapies. The Coordination Group shall reach decisions on the base of consensus, with a two-third majority of votes (one for each Member State; the Commission shall have no right to vote). Regular consultations with stakeholders, including patient organisations, health professionals and clinical experts had been also suggested, and have been included in the approved text.

The final opinion of the Committee on Industry, Research and Energy (ITRE) was published on 12 September 2018, highlighting the importance of a reinforced cooperation in the European healthcare sector to boost its global competitiveness.

The document confirmed the lack of a clear definition of the methodologies within the proposal, something to be addressed on the base of top level scientific evidence. Areas of action for the Coordination Group shall include JCAs of the most innovative health technologies, having the highest potential impact for patients, joint scientific consultations to obtain advice from HTA authorities, early stage identification of emerging health technologies and voluntary cooperation in other areas. A structured involvement of patient organisations, industry and other stakeholders is also envisaged, as well as the sharing of HTA research outcomes, both negative and positive ones. The assessment report shall include details on votes underlying decisions, together with dissensions and minority opinion, that shall be always motivated.

The ITRE stressed the importance of the mandatory uptake of JCAs in order to avoid duplications, and once more the distinction between the assessment of available scientific evidence run at the European level and the appraisal run by each single Member State, that leads to decisions on access, price and reimbursement.

According to the Committee, medical devices should not have been included in the scope of the HTA regulation, as national HTA bodies can already use other useful tools to evaluate them. Furthermore, the new Regulation (EU) 2017/745 will not enter into force until 26 May 2020: “It thus would be premature to refer to those medical devices subject to the scrutiny procedure when it is still unclear which devices would eventually be CE-marked under the scrutiny procedure”, wrote the rapporteur.