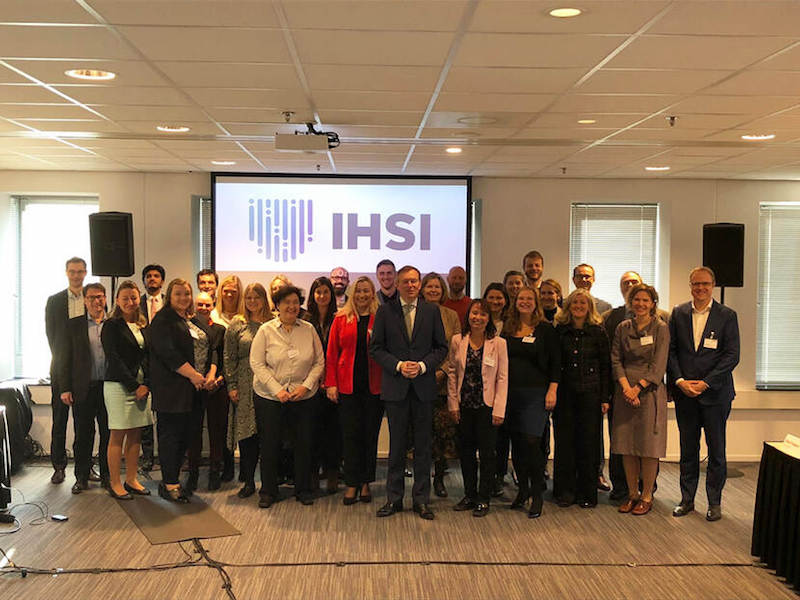 The new International Horizon Scanning Initiative (IHSI) was launched at the end of October 2019 by nine different European countries in order to develop a new database of medicines and finally reduce drug prices. The first horizon scan results are expected by the end of 2020.

The countries involved in the partnership

The Netherlands, Belgium, Ireland, Denmark, Luxembourg, Norway, Portugal, Sweden and Switzerland represent just the initial nucleus of the project, that remains open to the adhesion of any further interested country (for information the e-mail address is info@beneluxa.org).

The initial idea originated from a collaboration between Dutch Health Minister Mr Bruins and his fellow ministers De Block (Belgium) and Harris (Ireland), and was developed within the context of the Beneluxa Initiative on Pharmaceutical Policy (those founding member countries are Belgium, the Netherlands, Luxembourg and Austria) with the main goal to map and share information about new and important medicines, and at a later instance also about new medical devices.

“International cooperation is extremely important if countries want to be well prepared for the arrival of new, promising but unfortunately often expensive medicines. Every country wants affordable and accessible medicines for patients. This new collaboration shows that this issue unites countries to take action. Collaboration starts with sharing information in order to prepare for future developments. This for example could inform national and international price negotiations. I see this as an important step towards broader international collaboration in the field of pharmaceuticals. That is why I am looking forward to welcoming colleagues who are not yet members in the near future“, said minister Bruins during the kick-off meeting of the initiative.

“There have been too many examples of drug shortages happening and we firmly expect that purchasing [pharmaceuticals] in larger quantities with our neighbouring countries could reduce drug shortages and thus increase patient safety and that’s of course the most important thing,” stated the CEO of Icelandic Health Insurance (IHI), María Heimisdóttir, as reported by the Iceland Review in April 2019, when the the initial partnership with Danish and Norwegian authorities was signed.

Price costs represent a major burden limiting the access to new medicines, and governments and regulatory authorities are called to challenging negotiations with the industry. The IHSI initiative aims to make available a wider set of information on emerging and new pharmaceuticals to be used for reimbursement decisions and policy development on issues relevant for the managed entry and monitoring of new products.

The collected information should support the public parties to better define the level and prioritisation of activities according to the potential impact of the new medicines on public health. The early dialogue between relevant stakeholders is another target of the project, as well as an improved collaboration across different European countries.

Payers, assessment bodies and national horizon scanning bodies are identified as the end-users of the information collected in the IHSI database, that should be built on the basis of a filtering procedure taking into consideration phase 2-3 originator pharmaceuticals, first to market only biosimilars and generics and  new products characterised by a special status (i.e.orphan medicines or ATMPs) (see here more).

Several variables shall be considered to build the database, including relevant clinical data, those on clinical studies and comparator products, data allowing for the checking of the proposed development timeline, the diffusion of the disease and the proposed costs and reimbursement, the relevant guidelines and treatments already in place, as well as product specific data (e.g. company, compound, INN, ATC, etc.).

The so filtered list is expected to give rise to high impact reports, an archive of registered pharmaceuticals and a list of withdrawn or failed pharmaceuticals. The goal is to gain a clearer picture of what is going to be produced by industries’ pipelines in the short and medium term. High impacts report should be make available to the general public twice a year.

The ability to reduce healthcare costs is not the only parameter that the IHSI will use to assess the expected impact of new products: consequences for the organisation of healthcare services, the degree of innovation, the benefits for patients and the incidence/prevalence of the disease will be also considered in the analysis. The intention is to make public all the used data, which shall result from a mix of different sources, including clinical registries, regulatory authorities (e.g.EMA and FDA), scientific reports and journals, input from clinical experts. IHSI members may also decide for the role of potential input from industry.