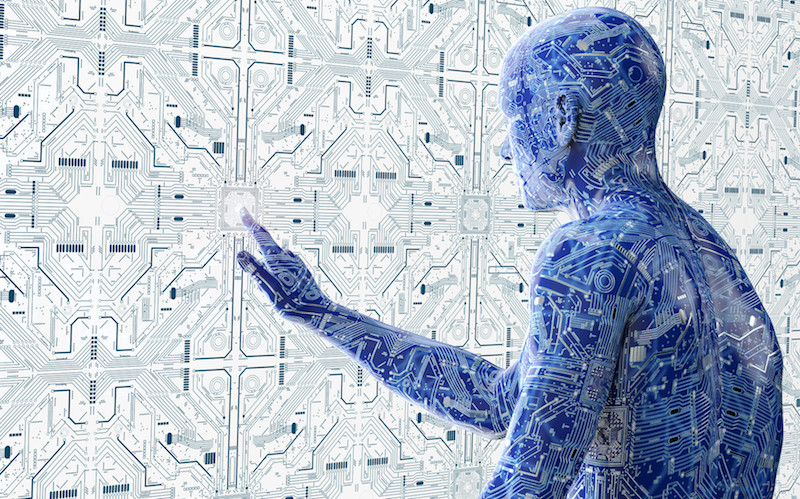 Many currently emerging technologies might become broadly diffused in twenty years’ time, says the foresight report “100 Radical Innovation Breakthroughs for the future” published by the European Commission. The vision of Europe in 2038 emerging from the document talks a radically different world than today, and it is not devoid of some ethical issues to be better considered. A strong impact is expected also with respect to the advancements of medicine and life sciences. But to make these dreams come true, the EU needs to boost investment in artificial intelligence and related technologies, is the message coming from the Commission.

A strategy to prepare for Horizon Europe

The report is part of the preparation for Horizon Europe’s implementation and it has been based upon a massive automated survey of recent scientific and technical literature filtered by panels of experts, and reviews of important recent foresight projects worldwide. “Breakthrough innovations are needed to boost the quality of our science as well as to address the many challenges faced by people today, individually as well as collectively”, writes in the foreword the DG for Research and Innovation, Jean-Eric Paquet.
The final goal is to facilitate the transition to new models for society through the creation of common references between different EU policies, as well as national and regional strategies. The report also offers a set of strategic recommendations based on the RIBs and RSBs technologies (see below) identified as being the extremes of the distributions obtained by the analysis.
The effective implementation of the technologies described by the document is expected to occur in two distinct waves, the first one being more focused on information and communication capabilities, the second – still far more unclear – should depend upon broader demand factors, such as the political and social imperatives linked to the UN Sustainable Development Goals (SDGs).

Indicators used to evaluate the RIBs (a total of 87 technologies) include their maturity, likelihood to reach the market or significant use by 2038 and the European position with respect to their current development.
No matter to say, artificial intelligence (AI) will represent a strategical asset for the European Union to come. Many of the AI technologies mentioned by the report have a direct impact in the life sciences and medical sectors, starting from the development of advanced deep learning algorithms. Many are the European strengths in this area, but it is still needed to build a strong computing memory to proceed further.

In the field of fast emerging innovations, the report indicates 45 still not mature technologies that are expected booming in the next twenty years. Among the seven fast moving ones are biodegradable sensors and 4D printing. This last technology is of particular interest for the development of new drug delivery strategies, as the so created smart medicines would be able to respond to specific conditions (i.e. heat or pH changes of the body) to release the active substances. 4D printing is also one of the identified points of weakness. Energy harvesting systems are also part of this group, and their improvement would allow to directly generate energy from the natural movements or reactions of the body to power smart drug delivery systems or biosensors. These last ones (as well as gene editing) represent a strong area of European expertise, but not yet resulting in a leading position. On the other hand, European leaderships is evident, for example, in the field of lab-on-a-chips: their impact is expected to be particularly relevant for the development of new diagnostics and patients’ monitoring devices, to be used especially in rural areas poor of health infrastructures.

Hydrogels fall in the category of mature technologies, those further development depends more on industrial policies and the availability of an appropriate regulatory framework than from R&D. According to the EU Commission, hydrogels may prove useful in the field of drug development, first-aid kits, and microscopic and sub-microscopic surgeries performed by curative soft robots.
Technologies that can be referred to biomedicine are discussed much more in detail in the document under the Group 5. Among less priority RIBs that might be relevant in the medical field are antibiotic susceptibility testing, bionics, bioprinting, blockchain, carbon nanotubes, control of gene expression, epigenetic change technologies, gene therapy and genomic vaccines, microbiome, regenerative medicine, reprogrammed human cells, and the targeting of cell death pathways.

Some other 13 innovations are more focused on aspects of emerging and potentially disruptive societal practices. Their level of maturity is higher compared to RIBs, says the report, and their diffusion does not necessarily take place through markets. According to the Commission, they may be object of social and policy experimentation in order to achieve the objectives of EU Research and Innovation policy.
It would particularly of interest to explore new forms of associations to distribute knowledge and boost innovation: communities of interest, for example, can aggregate around experienced people, giving rise to the so-called “makerspaces”. Innovation labs and hackerspaces are an example of such an approach, and collaborative spaces are envisaged to become at all levels – from schools to community centres and libraries – the new standard to boost creativity and innovation and strengthen local communities.

Gamification may represent an option to improve users’ experience and engagement in many different processes, from organisational productivity to education, from recruitment and evaluation to physical exercise. And of course it represents a main source for the generation of data. In healthcare, new models to ensure ownership of data while allowing to access them for research might be modelled on the example of the Swiss Co-ops (cooperatives for health data basis – Genossenschaften Gesundheitsdatenbanken), suggests the report.

New models known as “access economy”, “sharing economy” or “platform capitalism” are emerging to access goods and services, thanks to the many improvements in the IT sector. According to the report, in rich economies consumer needs are expected to further shift towards experience rather than ownership. Furthermore, in the “read/write culture” people are no more just passive readers, but can play an active role in the generation and dissemination of the information through the social networks. There is thus need for an effort to revise the current system of “gatekeepers” of the information. This might be also achieved through the creation of innovative journalists’ networks, based on a more collaborative model to find evidence and spread around news.

The many new forms in which life-long continuous education is provided should be also addressed, firstly solving the issue related to how to name new degrees, the meaning and value of certificates and how to keep a high quality of education.
The collection of personal data and constant monitoring of the human body by mean of wearable devices and biosensors might allow to obtain a digital twin of a single person: a useful tool to better understand our own daily life, according to the Quantified Self and Body 2.0 movements. This sort of technologies might be used both for medical and working environment applications, suggests the Commission.
Health may benefit also from targeting the urban transformation in the direction of car-free cities. This should go together with the implementation of a more holistic approach to food, based on the availability of “local food circles networks”. Other RSBs relate to basic income, diffusion of the crypto-currencies, and life caching (the preservation of information inserted in the social networks after the owner’s death).

The report of the EU Commission also identifies 22 GVNs, grouping stakeholders interconnected by relationships that create value (in a competitive or cooperative way) and representing a complementary framework for interpreting the RIBs. These networks are denoted by a “regime-like” character similar to that of a techno-economic paradigm, says the report, due to the regulatory influence they exert on their members.
The networks should be centred around fundamental collective needs, and aspirations and values of the European Union and the UN Sustainable Development Goals, and might prove useful to reconfigure the markets and the value creation processes of the future. The Commission expects that current contradictions between shared individual needs and collective needs will be solved by 2038.

Specific targets include the availability and co-creation of “valid” information and knowledge as the basis for individual and societal decision-making. Regarding science, the report states that “the quality of information produced by citizens and independent researchers should inspected by trustworthy scientific institutions. Science is open – with few exceptions – and the communication of scientific results is instant and clear. Furthermore, the transfer of scientific knowledge between countries is open. Similarly to the press, critical scientists enjoy freedom of speech and are not oppressed by those in power”. Democracy seems thus to be ensured, even if the picture for open science do not appear to be so democratic.

Each single person is expected to pro-actively manage its own continuous education pathway and health. To assist them in this very ambitious goal, AI-based decision making, robotics aids and continuous monitoring of health parameters would be key elements of the self-care systems, aiming to improve disease prevention. In the era of the data economy, a “new asset class” with open data markets are expected to replace the current data silos.
Planning and infrastructure for livable, “green” human settlements – with innovative solutions for the elderly – and urban-rural interactions and relationship would is expected to guide the architecture of spaces in 2038. Smart transport systems might be based on automated and multimodal transportation, new power sources, new control and governance systems. 3D printing might facilitate the personalised manufacturing of many items in close proximity to users. Physical shops should survive in the city centres, and “democratised consumption and purchasing decisions for products and services” may benefit of competing and complementary digital platforms to provide access to detailed and transparent product information.

Augmented and virtual reality should facilitate the interaction from remote with people and machines, reducing the need of travelling. This goes together with the development of new sustainable energy solutions, housing and use of water, and the building of “carbon sinks” to store carbon emissions. Circular economy is expected to become the new standard to manage waste pollution and the overexploitation of mineral resources, and space exploration might discover new ones.