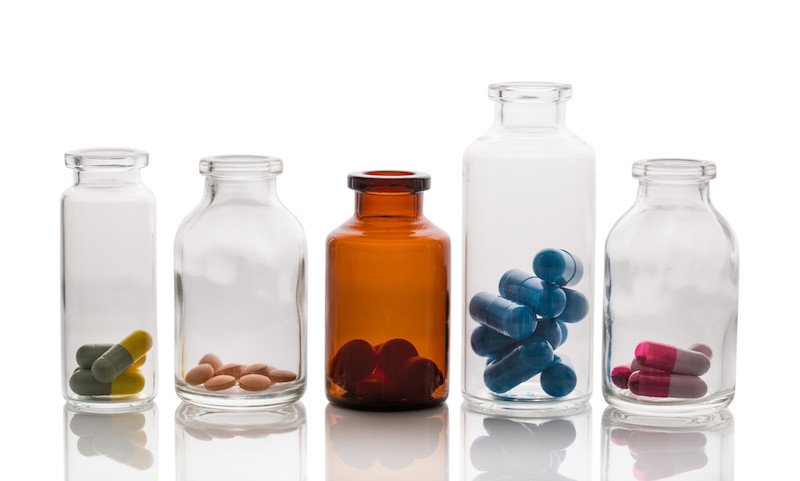 The European framework for pharmacovigilance is robust and easily adaptable to the specific needs, as showed by the positive results obtained in years 2015-2018. And may new possibilities may further improve it in the incoming ten years – up to 2030 – according to the vision article published in Clinical Pharmacology and Therapeutics and signed by EMA’s Executive Director Guido Rasi, the chair of EMA’s safety committee (PRAC) Sabine Straus, and Peter Arlett, the Agency’s Head of Pharmacovigilance and Epidemiology.

New technologies shall support a smarter collection and reporting of suspected adverse reactions (ADRS) and allow for the measurement of the on-market performance of medicines; a more prominent role shall also be played by the improved engagement between regulators, patients and healthcare professionals.

Trends for the future

New digital information technologies and artificial intelligence are playing an increasingly important role also in the regulatory field, as they allow the real-rime and real-world monitoring of the effects of therapies and for the analysis of the enormous amount of data generated every day and related to the health status of a single person. The safe and effective use of medicines and the minimisation of side effects remain the main goals of pharmacovigilance activities, states the article, with the emerging challenge of “how to influence the behaviour of patients and healthcare professionals based on robust evidence and sound decision making”.

Three areas are foreseen to play a crucial role in the next ten years, according to EMA’s experts: the collection and reporting of individual case safety report (ICSRs), due to become smarter; the measurement of on‐market performance of medicines to inform decision makers and users; and an improved engagement of patients and healthcare professionals, expected to increase the impact of pharmacovigilance. A key element for the transition is also represented by new emerging models of healthcare, based on a systemic approach to medicine and biology. Digitalisation will allow the real-time collection of suspected ADRs, thus opening the door to alternative approaches in pharmacovigilance; but, according to the authors, “this means that we need to design our systems based on an abundance of data rather than a scarcity”.

EMA’s experts think that ICSRs should remain “a very useful data source for detecting potential new safety issues, whereas electronic health records (EHRs) are more useful for evaluating the issues already detected”. ICSRs proved able to intercept new safety signals in 55% of cases, with a high impact on the withdrawal of products from the market. The next ten years provide room for improvement in collection and management of the ICSRs, suggests the article, by using new technologies such as e-Health apps and/or revising the ICH E2D guideline. “Our message is to protect and improve ICSRs, our main source of safety signals”, write the experts, adding the need to pay caution on approaches and processes based on artificial intelligence and robots, that “should be evidence based and the impact of changes should be monitored particularly in terms of data quality and signal detection”.

The new era of the 4P medicine

The new paradigm of a predictive, preventive, personalised, and participatory (the “4Ps”) medicine is today widely accepted, says the article, and many new opportunities are emerging based on the exploitation of real-world data from different sources. This trend is paralleled by the disruption of traditional regulatory barriers; a more proactive approach to pharmacovigilance is expected to characterise the future, based on a detailed planning of all activities before the product reaches the market. The real-world performance evaluation (of both efficacy and safety) is expected to feed regulators wit robust data and analysis to support decision making, also at the reimbursement level. The main challenge to be faced in order to proceed in this direction is linked to the methodology for the evaluation of the on‐market efficacy, says the article.

Healthcare professionals and patients shall experience improved decision capabilities as a new form of participation to the regulatory process. The prediction made by EMA’s experts is that “regulators will engage patients and healthcare professionals much more intensively to maximize the positive impact of pharmacovigilance on the safe and effective use of medicine”. A complex challenge due to the propensity to use “Dr. Google” to look for medical information, that requires a change in the behavioural models of patients and healthcare professionals. One of the possibilities foreseen in the article is the electronic product information that will be updated in close to real‐time may help the development of decision‐support systems for the prescription:. “The pace of change in pharmacovigilance is rapid. We must measure the impact of our work and ensure we make evidence‐based process improvements. We look forward to seeing if our predictions come true, and we might just try to make them”, is the conclusion of the authors.

The results obtained so far

EMA and the Head of regulatory Agencies (HMA) also published the “Report on pharmacovigilance tasks from EU Member States and the European Medicines Agency (EMA), 2015- 2018”.

EudraVigilance, the European database for pharmacovigilance, was established in 2012 and it is fully operative since 2017. All suspected ADRs are registered in this database; the complementary ‘Article 57 database’ (xEVMPD) contains the available information on more than 800 thousand medicinal products authorised in the European Union with centralised, mutual recognition and national procedures. In 2017 the number of suspected ADRs reported in EudraVigilance increased 19%, due to the request from regulatory authorities to report all the suspected side effects – serious and non-serious – observed within the European Economic Area (EEA). A further 37% increase in reporting was observed in 2018, for a total of over 2 million ADRs, 50% of which coming from the EEA. Serious adverse side effects were 1,1 million in 2015 (290 thousands from the EEA), increasing to 1,4 million in 2018 (+27%; 425 thousand from the EEA, equal to +46%).

The overall process of pharmacovigilance also benefited from the establishment of the PRAC Committee, which is the EMA’s body in charge of the risk assessment activities related to the safety of medicinal products.

The EMA’s working group assessed in the period considered almost 9,000 potential safety signals, a number that doubles if considering also the potential signals examined at the national level. Around 400 of the signals considered by EMA have been confirmed and underwent a priority review by the PRAC, which led  to the update of the product information in half of the cases. According to the document, 25 referrals were conducted in the period 2015-2018, resulting in two cases of permanent withdrawal of the marketing authorisation (MA), four MA suspensions and 16 requests to bring variations of the authorised dossiers. The PRAC also asked in four cases the implementation of measures to safeguard public health.

The EMA’s Committee for Pharmacovigilance also assessed yearly around 500 risk management plans (RMPs), including those relative to the new approach of CAR-T immunotherapies; almost 7,000 plans relative to national authorisations have been assessed by the single competent authorities. Every year approx. 150 protocols for post-authorisation safety studies (PASS) have been evaluated, a third of which resulting from obligations assumed by MA’s holders upon granting of the marketing authorisation. More than 19 PASS have been specifically requested by national competent authorities.

A mean of 200-300 pharmacovigilance inspections within single national pharmaceutical systems were running each year in the period considered by the report; more than 10-20 inspections have been requested yearly by EMA’s scientific committees.

The Agency also simplified the structure of the Periodic Safety Updates Reports (PSUR, and the corresponding PSUR Single Assessment, PSUSA), which can ben now transmitted online through the centralised web portal and stored in a single archive, without the need to send them to each national competent authority. The period 2014-2018 saw an almost doubling (471 vs 901) of the number of PSUR/PSUSA examined by the Pharmacovigilance Committee; a third of them were relative to active substances authorised at a national level. Almost 5,000 PSURs have been assessed by national competent authorities.

The crucial role of communication

The improvement of communication towards all EMA’s stakeholders and a better interaction with both the pharmaceutical industry, healthcare professionals and patients have been a major goal for the Agency in the period considered. Public hearings are becoming a new modality to engage all stakeholders in the discussion on a certain issue, and EMA released new criteria to better ascertain the cases this approach can prove useful. A recent example occurred in 2017 in relation to valproate, and in 2018 were hearings were run in relation to quinolone and fluoroquinolone antibiotics.

The European Medicines Agency is also trying to better involve the academia in its activities: a specific network has been formalised in the period considered, while the ENCePP network for pharmacovigilance and pharmacoepidemiology reached ten years activities in 2017.

Brexit represented a major challenge, EMA had to face in the considered period: the seat of the Agency moved to Amsterdam, and the complete re-organisation of the EU’s regulatory framework also asked for great commitment to transfer knowledge and build new capacities in order to replace the support from the UK regulatory agency. Centrally authorised MAs falling under the UK’s responsibility have been redistributed to the other EU’s authorities, as well as rapporteurships and the responsibility to monitor safety signals.