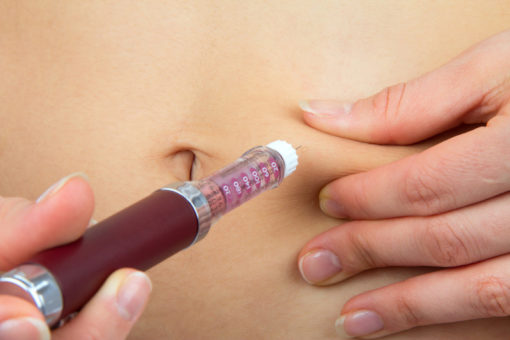 Medical devices integral to a medicinal product are a category in continuous expansion, as a consequence of the need of many innovative therapies to be administered by mean of special, integrated devices, or to be monitored using dedicated in-vitro diagnostic tests (the so-called “companion diagnostics”, CDx).
The European Medicines Agency (EMA) has published the first guideline covering the theme of medical devices integral to medicinal products, under the form of Q&As. Companies are called to comply with the contents of the guideline for all marketing authorisation applications (MAAs) submitted starting from 26 May 2020.

A complex network of roles and responsibilities

This is just the first of a series of new guidelines EMA has planned in order to better support manufacturers in the identification of the different roles and responsibility of the complex network of central and national competent authorities – including the notified bodies responsible to assess the device and to issue the CE certificate – called to collaborate to reach the final approval of the integrated products. Under this category fall, for example, pre-filled syringes, pens to administrate insulin, transdermic patches or pre-filled inhalers. Products which are excluded from the application of the new guideline include, for example, the vials containing a medicinal solution packaged together a syringe for its administration.

The proper understanding of the flow of information across all different stakeholders, including the manufacturer of the device, will become essential from may 2020, when the new European Regulation on Medical Devices (EU 2017/745) will become fully in force. The new Regulation on In-vitro Diagnostics (EU 2017/746) will assume full validity from 2022.

“With the ever-increasing pace of innovation and the blurring of traditional boundaries between medicines and devices, it is inevitable for the Agency to assume new responsibilities in regulating complex medicines with a medical device component. The big challenge we face is to ensure we have the appropriate expertise and resources to adequately carry out these new tasks,” said Guido Rasi, executive director of the Agency.

Article 117 of the new MedDev regulation is the main focus of EMA’s guideline, thus the Q&As applies only to those devices that are commercialised as a unique, integral product with the associated medicine. Further requirements relate to the unique use of the device under the above mentioned combination and the impossibility of its re-use.

The MAAs’ dossiers submitted to EMA for this kind of products shall include also results of the compliance validation of the device. This can be fulfilled producing to EMA the declaration of conformity of the device or the certificate released by the notified body that runs the assessment. The device has to respect all relevant requirements listed in Annex 1 of Regulation EU 2017/745; if it is not possible to include in the MAA dossier the declaration or the CE certificate, and if the device is classified under risk class I-sterile, class I-measure, class IIa and IIb or class III, the manufacturer of the integral product has to provide EMA with the opinion from the notified body on the compliance to the general safety and performance requirements described in Annex 1.

The first Q&A document released by EMA is a ‘living document’ that will grow in future as new details will be added, also regarding other categories of products. The Agency already announced that among the next to be considered are the devices incorporating a medicinal substance having an action ancillary to that of the device. For these products, the notified body in charge of their evaluation has to ask the scientific opinion of EMA – in the case the medicinal products is authorised under the centralised procedure, or contains human blood or plasma derivatives – or of the national competent authorities responsible for pharmaceutical products.
The same procedure shall apply to those medical devices containing substances or combinations of substances that are systemically absorbed by the body in order to exert their effect, and for in-vitro diagnostics (CDx) used to evaluate the eligibility of patients to a certain pharmacological treatment. Borderline products also fall under the application of the new guideline, as the European Commission can ask for EMA’s opinion in order to decide on the regulatory status of borderline products containing a medicinal component.