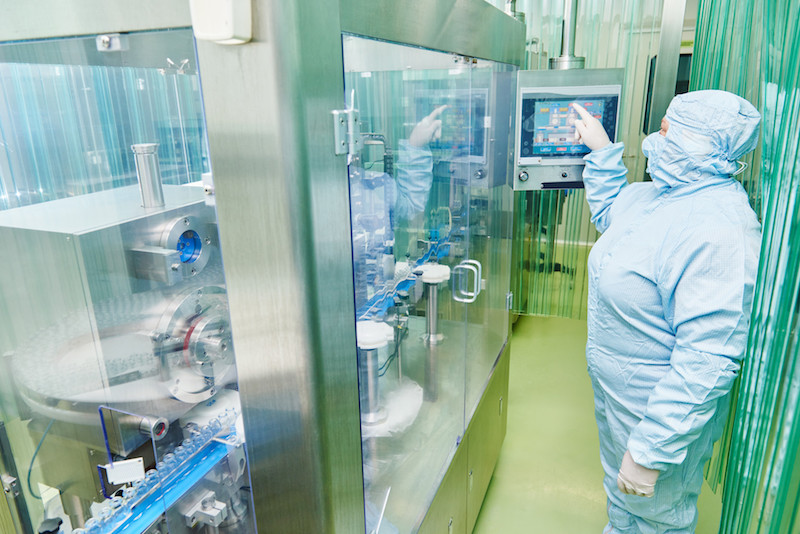 EIPG is among the sixteen European professional and industrial associations recognised as relevant interested parties by the European Commission in the review process leading to the completely updated version of the Annex 1 to GMPs.

On 28 September dr Francesco Boschi (head of AFI’s Microbiology working group) discussed in a webinar the EIPG vision of the final draft of the new Annex 1, as resulting from comments received by members of the different EIPG’s national associations. The EIPG’s working group led by Dr Boschi collected and examined all the opinions, and elaborated the output documents then shared with the other stakeholders. As a result of this exercise, EIPG has forwarded a formal communication to the EU Commission highlighting the technical comments from the point of view of Industrial Pharmacists. A joint letter has been also signed by all the recognised associations and addressed to the Commission to highlight the need of flexibility in the use of alternative approaches, clarification of few critical points and the request of a better dialogue with regulators.

The EIPG working group received a fundamental contribution from AFI (the Italian association representing industrial pharmacists, which prepared the first draft circulated to EIPG’s delegates) as well as from Belgian and Spanish experts to prepare the final integrated document submitted to the EU Commission. The Covid-19 emergency posed many challenges to the entire process, which took place entirely through online meetings.

The new Annex 1 represents a radical revision of the rules governing GMP manufacturing of sterile medicinal products (both terminally sterilised and aseptically filled). The original document was released in 1971 and a first, limited revision occurred in 2008.

The current draft is the result of a first proposal made by the European institutions in 2017, followed by a consultation phase that led to the collection of more than 6,200 single lines of comments. The second draft elaborated thereof was subject to a limited round of consultation involving just the sixteen recognised associations (including EIPG); a parallel consultation also occurred at the level of WHO and PIC/S in order to maintain the global alignment of standards. AFI contributed to the first round of consultation issuing three general comments and some other 40 on specific points. All comments were submitted to EMA through EIPG, and several of them have been reflected in the second draft.

«The new Annex 1 shall represent one of the most important documents in incoming years, it may also influence GMPs. Many concepts have changed with respect to the 1971 and 2008 versions – explained Francesco Boschi -. Quality risk management (QRM) has now been introduced, as well as new process technologies and sections, leading to a more detailed document and to a more logical flux of information».

The new concept of Contamination Control Strategy (CCS) is the key to fully understand the approach of the new Annex 1: the risk analysis should lead to the definition of all the critical control points, the assessment of the efficacy of planned controls (at the design, procedural, technical and organisational levels) and of the mitigation measures put in place to manage the identified risks. «The CCS is a dynamic document, which should be actively updated in order to drive to continuous improvement of the manufacturing and control methods», said Dr Boschi.

The second round of consultation was limited to selected parts of the draft Annex 1 (chapters 4, 6, 7, 8, 9, and 10), even though comments were possible also on other sections. For each of the involved paragraphs, during the webinar dr Boschi explained the suggestions elaborated by the EIPG working group.

As for Chap. 4 (Premises), a clarification would be needed on how to implement the use of barrier systems, including RABS and isolators aimed to minimise the contamination associated to human intervention. «Many companies have already in place approaches other than RABS in existing facilities, which should be supported in the CCS by a documented Risk Assessment considering both historical data and established controls», explained Francesco Boschi (par. 4.3).

Another critical point (par. 4.23) is represented by the need to sterilise RABS gloves used in Grade A zones. EIPG’s experts suggested they should be sterilised before installation and then sterilised or effectively decontaminated by a validated method prior to each manufacturing campaign. «A 6 log reduction can only be achieved by a process such as VHP, which is not feasible in open RABS – said Dr Boschi -. A validated sanitation ensuring a 3 log reduction of vegetative cells and a 2 log reduction of spores is typically adequate».

Clarification of the 4.29 paragraph has been also proposed, to avoid any discrepancy in the testing provisions for larger particles. The EIPG working group suggested that for Grade A zone and Grade B at rest, classification should include a minimum measurement of particles ≥ 0,5 µm, making reference to ISO 14644-1 Table 1 for particle size and limits should there be need for assessment of larger particles. «We have also suggested a modification to Note 2, as the correlation with CFU is not always possible nor scientifically supported, asking to scientifically justify the limits applied on the basis of the use of new technologies that present results in a manner different than CFU», said Dr Boschi.

Chapter 6 discussing Utilities (i.e. water, steam, compressed gases) is complete new addition to Annex 1. Among the suggestions made by EIPG, the use of the term “data” with respect to water testing after regeneration or disinfection, in order to include also endotoxins and/or chemical residues (par. 6.12). «Data should be available and evaluated by the QA before the water system is returned to use, and results should be approved before release of impacted batches», said the EIPG expert.

The access of untrained and unqualified personnel to restricted areas always represents a great source of potential risk, and the second draft of Annex 1 mention it should be never allowed in presence of exposed product or critical components and surfaces (par. 7.6). «We suggested access should never occur in such instances, it should be assessed and recorded according to the Pharmaceutical Quality System. This because the supervision cannot effectively mitigate the risk of contamination spreading by the unqualified individual», added Francesco Boschi.

The reduction of the risk of contamination also refers to the use of sterile face masks and eye coverings to prevent the diffusion of droplets and particulates (par. 7.14i). This may result a critical challenge in the manufacturing of highly potent products, where respiratory protecting mask are used that cannot be sterilised. The suggestion is here too use a validated decontamination process.

Chapter 8 represents the core of the new Annex 1, as it focuses the attention on the aseptic production processes and technologies. EIPG’s experts judged ambiguous the wording of par. 8.41, and suggested Biological Indicators (BIs) placed at appropriate locations must be used to validate the sterilisation process. «A validated process should not need to be confirmed by routine use of BIs, unless required for specific processes (i.e. ethylene oxide)», said dr Boschi.

Pre-use post sterilisation integrity testing (PUPSIT) represents another critical point, as it may represent a real challenge when handling very small volumes of solutions or other process constraints. EIPG suggested to remove the specific example from the wording of par. 8.88 to ensure greater flexibility.

Another point needing attention is the simulation of media fills, a process which is now named Aseptic Process Simulation (APS). «As for par. 9.47i, we suggested to remove the statement about conditions “similar to those for visual inspection”, and make instead reference to conditions that facilitate the identification of any microbial contamination. Some requirements for products visual inspection are not applicable to inspection of culture media», explained dr Boschi. EIPG also suggested to remove reference to three media fills successfully completed in order to demonstrate the process is under control, as it considered to be excessive in some instances (par. 9.48iii). The decision on the actual number of media fill should be driven by the investigation outcomes.

Quality controls and other general comments

Chapter 10 deals with Quality Controls, and sterility testing is a main point of attention in this contest. Comments from EIPG suggest to modify par. 10.6i to make reference to testing needed after any “significant” intervention, as determined by the CCS. Samples taken from each lyophilisation load should be also assessed (par. 10.6iii).

EIPG working group also presented some further comments on parts of the draft Annex 1 different from the ones under specific consultation. Among these, the possibility to use in existing facilities a validated decontamination method as an alternative to sterilisation for indirect contact parts, provided it is supported by a Risk Assessment and by procedures minimising the contamination risk (par. 5.5). «With reference to the Glossary, we have also recommended to replace the term “non-viable particles” with “total particles” in the whole document, as particulate counters measure both types of particles, they cannot distinguish them», said dr Boschi