After a couple of decades when pharmaceutical companies moved to the Far East to buy active ingredients at lower costs, the trend has now inverted: the European fine chemicals industry is living a return phase based on the search of higher quality, as it acknowledged that low-cost raw materials were often characterised by a quality not adequate to guarantee the maintenance of products characteristics over the time. Italy, among other European fine chemicals manufactures, has a long tradition of top level quality and reproducibility for its pharmaceutical productions, and a great attention towards the compliance to relevant regulatory requirements. 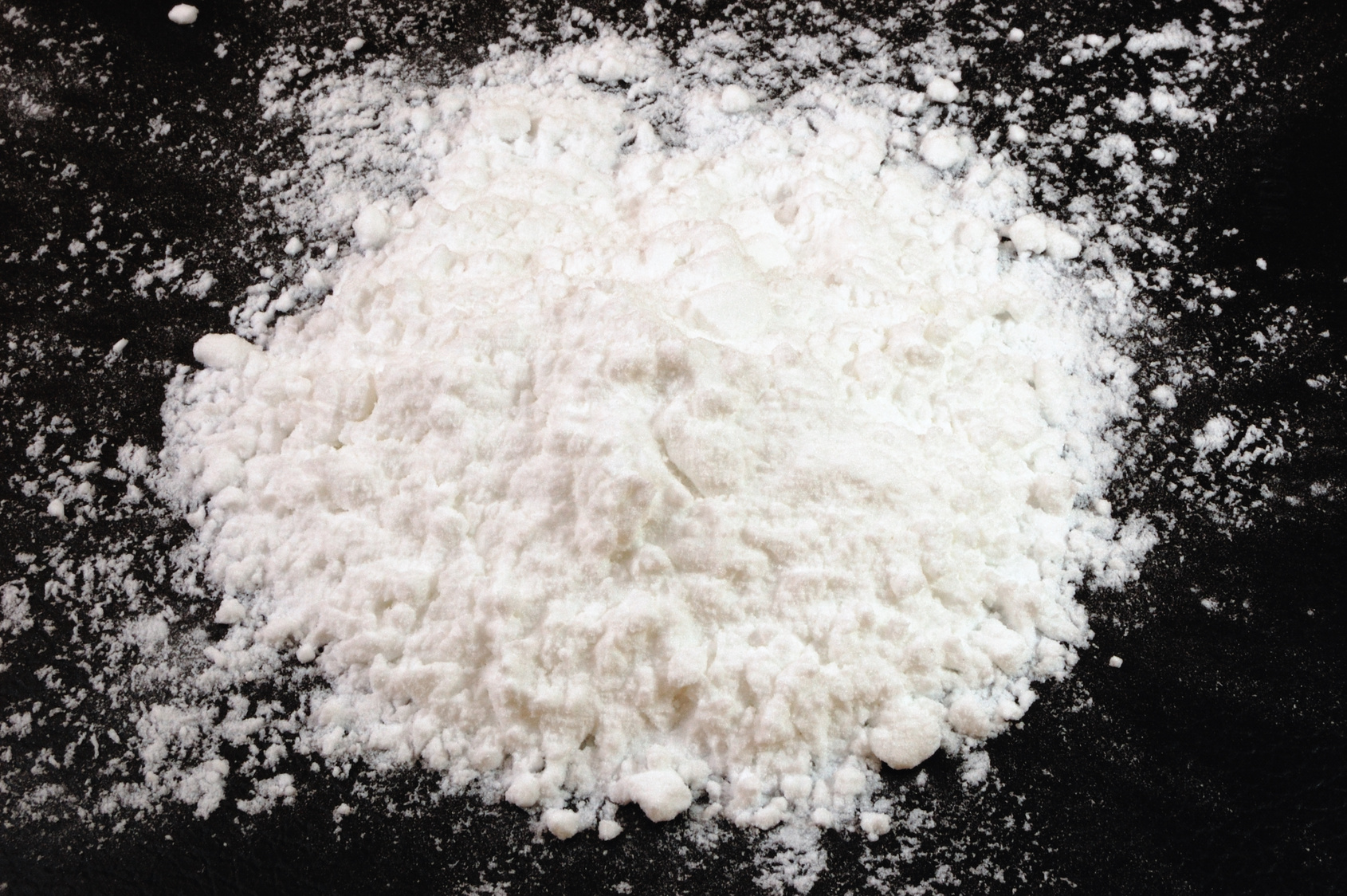 The most innovative trends in pharmaceutical development are now focusing on formulation development, to those respect the chemical purity of the active ingredient is just the first step to be taken into consideration.

An accurate design and development of the chemical-physical characteristics of the active pharmaceutical ingredient (API) may represent a competitive advantage in order to develop finished dosage forms with an improved technological profile, better safety and efficacy. «We strongly believe in customer retention, in addition to the regulatory compliance and to GMPs applications, which are inspected by AIFA. A tailor-made production is indeed a good chance for our companies», tells the coordinator of the Quality and Product’s Regulation Commission of Aschimfarma, Marina Figini. The Association is part of Federchimica and represents the Italian manufacturers of active pharmaceutical ingredients.

The importance of the crystals

Solid state characteristics of APIs are very important for formulation development and should be thoroughly examined since the beginning of the process, as they may influence many other product’s characteristics (Figure 1). The chemical aspects of crystallisation are not the only one to be considered, even if historically they have been considered the more relevant ones. «The crystallisation process – as well as the following steps of grinding and drying – has a crucial impact of physical and technological characteristics of the drug substance. Its stability and pharmaceutical performance are influenced: if the crystallisation process is controlled and reproducible, also the active ingredient will have reproducible characteristics», tells Piero Iamartino, member of the Associazione Farmaceutici Industria (AFI).

Pharmaceuticals regulations and guidelines have already implemented the processes and analytical methods needed to assess the chemical profile of APIs. Other physical and technological features are not covered by now, and their assessment is still based on semi-quantitative measurements in the absence of specific details in the Pharmacopoeia.

The ability to exploit solid state’s characteristics to tune bioequivalence might be used to differentiate the brand product with respect to generics, or to extend patent’s life. Many examples are reported in the scientific literature describing products apparently identical as per type, qualitative and quantitative composition of the drug product, but which gave rise to a different therapeutical response. This behaviour is connected to differences in the solid state’s properties of the active ingredient, for example a different micronisation procedure.

Some examples taken from the scientific literature ad describing non-equivalence of the formulations due to a different physiscal form of the active ingredient (amorfous forms, polymorphism, solvates):

Fonte: Aschimfarma, adapted from A. Foppoli

«In the past just the drug substance and its synthetic path were patented, there was less attention towards polymorphism. It was possible to bypass a patent deeply studying the active ingredient and finding new polymorphic species with a different physical profile and the same performance with respect to the originator. Today pharmaceutical companies pay a greater attention and fully patent all aspects. The investigation of the polymorphism is done before IP protection», adds Marina Figini.

The ability to develop new processes for a tailor-made crystallisation and finishing able to satisfy customer’s specific needs may represent a competitive advantage for APIs suppliers. This ability calls for a deep know-how and high level technological facilities, coupled to a good attitude to accept the challenge and ensure customer satisfaction.

The new approach requires the sum of chemical, formulation, biopharmaceutical and process’s competences in order to identify as soon as possible the critical elements of the process and the available solutions to ensure the stability and therapeutical performance of the active ingredient.

«The production of active substances characterised by reproducible physical and technological properties are a must for suppliers working according to good manufacturing practices. Aschimfarma’s members have acknowledged the importance to define the solid state’s critical parameters together with the customer. This allow for the tailor-made manufacturing of the active ingredient, something our extra-EU competitors may not be able to achieve», tells Marina Figini.

«A distinction has to be made between the fundamental characteristics of the active substance and those depending upon the crystallisation process. The first ones impact on biopharmaceutical aspects, the latter on the technological aspects of the manufacturing of the finished product», adds Piero Iamartino.

Smoothness is a characteristic fundamental in order to obtain a uniform distribution of the drug substance within the formulation and it is influenced by the particle size of the crystals. Statistical and medium equivalent diameters should be taken into consideration during the development of the drug substance production, as well as the specific superficial area (SSA) and the use of the appropriate mesh sequence, something that might impact at the regulatory level (Sequence of meshes (micron): 2000 > 1400 > 1000 > 710 > 500 > 355 > 250 > 180 > 125 > 90 > 63 > 45).

A tailor-made approach to API manufacturing does not necessarily mean a more complex process to be managed. «A modification of the crystallisation conditions, for example, requires a change in the authorisation dossier and drug master file. The supplier has to evaluate its commercial interest towards the customer’s request. It is also possible to act on the particle size or physical characteristics of the active ingredient, such as micronisation, grinding or meshing. Constant characteristics of the API allow the customer to work on the formulation without issues», says the coordinator of the Aschimfarma’s Commission.

The co-precipitation of the drug substance together with an inert component gives rise to co-crystals. «The Food and Drug Administration considers the co-crystals as the result of a chemical process, while for the European Medicine Agency it is part of the pharmaceutical process – Piero Iamartino explains. – Co-crystals may have very interesting biopharmaceutical compared to those of the pure API’s crystal. It’s a possible way to solve issues with the chemical-physical characteristics of the drug substance».

«This approach allows a better characterisation of the crystallisation process. It acts on process parameters in order to optimize them: it is thus possible to identify the optimal crystals’ properties for pharmaceutical use and to fine tune the crystallisation process. Industrial processes are already available. Continuous processes might may also prevent the need of finishing procedures, as the particle size of the crystals is already well defined», adds Iamartino.

Robust analytical methods are also needed in parallel, in order to monitor the manufacturing process and the final quality of the drug substance. Process analytical procedures (PAT) represent a possible solution to address this issue, as they sum several analytical techniques useful to continuously identify and measure the critical process parameters. «PAT is one of the key elements of the quality-by-design approach applied to crystallisation. Quality targets are set and the risk analysis is then run. PATs allow for the monitoring of nucleation, crystal’s growth, particle size and for the presence of polymorphism. Up to now the decision to adopt PAT procedures is a responsibility of the single company», further adds AFI’s member.

The use of PAT procedures impacts also on the entire quality assurance profile of the manufacturing process, something that may influence validation and regulatory approval of the dossier. «It is possible to correct the reaction within the design space. The traditional approach based on the production of three batches has been overtaken: the validation is now part of process development and calls for the monitoring of the compliance of critical parameters during manufacturing», says Marina Figini.

A critical point of the process is the ability to ensure a productive dialogue between chemical development, formulation development and manufacturing in order to facilitate the technology transfer from R&D to production. «The supplier of the active ingredient has to be aware of the needs relevant to obtain the desired formulation. The pharmaceutical company has to define the specifications’ range allowing for a reproducible formulation», Figini explains.

The adoption of quality-by-design approaches is favourably considered by the regulatory authorities. «The regulatory evaluation is less severe when this approach is adopted: the dialogue with the authorities allows for the availability on the market of high quality APIs and drug products, as the characteristics of the active ingredient, the formulation and the process are well know. There is no obligation up to now to adopt the quality-by-design guideline. The approach may initially look more challenging, but it implies a better knowledge of the process, thus lower costs both at the regulatory and the manufacturing level, as the need for intervention to keep it under optimal conditions is highly diminished», tells Figini.