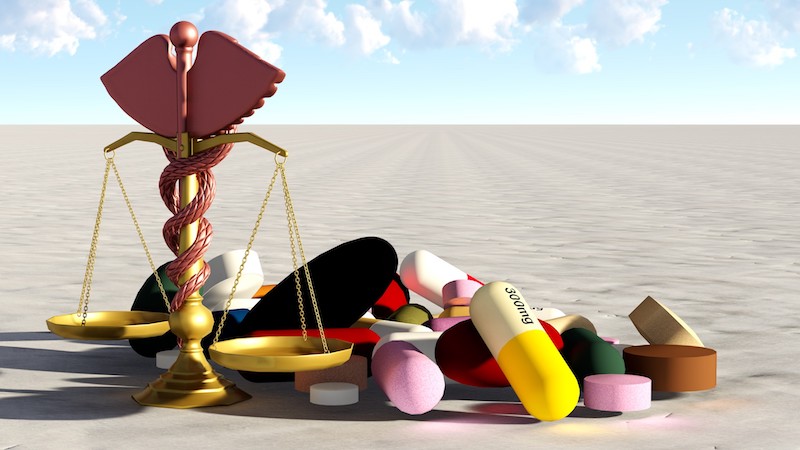 After the closure of the public consultation period, several stakeholders involved in the pharmaceutical life cycle released their comments to the proposed EMA’s Regulatory Science Strategy 2025.
“It’s the first time that the EMA has actually invested in pulling together a reflection on this very broad topic. Knowing that these strategic decisions would have a very long-term impact with even a 5 to 10 year perspective, it is good to hear the real voice of the stakeholder groups because they are very diverse”, said in an interview the Agency’s Head of Scientific Committees Regulatory Science Strategy, Tony Humphreys. EMA’s representative also announced the probable organisation of workshops in Amsterdam in Q4 2019 to discuss results from the analysis of the comments received.

Among the entities that forwarded their comments is EFPIA, the European Federation of the Pharmaceutical industry representing 40 research-intensive biopharmaceutical companies and 36 national associations, that has highlighted three top priorities from the industrial perspective: innovation in clinical trials, provision of regulatory advice along the development continuum and use of high-quality real-world data (RWD) in decision making. A main target for EMA should be balancing “the requirements to deliver near-term process improvements with long-term strategic direction for delivering meaningful change”, says EFPIA’s note.

A key enabler to boost innovation

According to the Federation, the implementation of the new Regulatory Strategy – which comes in a complex period for the European Union, facing the entry into force of the new Commission and the expected closure of the Brexit – would represent a key enabler to sustain further development of innovation in medicine. Regulatory authorities should focus on make available a true, competitive system at the global level, so to improve the convergence of activities within different geographical areas. Many of the priorities identified in EMA’s Strategy are interconnected each other, thus according to EFPIA an action on one of them may result in progress also in other fields. Particularly important would be the ability of the new strategy to accommodate the peculiar characteristics of many emerging technologies in the biomedical sector, i.e. advanced therapies (ATMPs), digital therapeutics, artificial Intelligence, advanced analytics, and in silico studies.
EMA’s proposal to sustain the development of personalised medicine, health and treatments has been also welcomed by the industrial representative, as well as the goal to facilitate the implementation of new manufacturing technologies and the optimisation of the modelling, simulation and extrapolation capacity.
EFPIA asks a better coordination of the advice services to the industry provided both by the regulatory and the Health technology assessment perspectives. The Federation final objective would be a formal recognition that processes and decisions at the regulatory, HTA and pricing/reimbursement level are distinct from one another and occur at different phases along the development of a new medicinal product.

Priorities set forth by EFPIA include the advancement of novel clinical trial concepts (e.g., umbrella, basket, master protocol trials, trials in small populations) and quantitative approaches (e.g. Model Informed Drug Discovery and Development – MID3). Not less important are new sources of clinical evidence – such as registries, real-world data, big data, and historical controls measures (e.g., endpoints, biomarkers, wearable digital devices), and methodologies (e.g., MID3).
In the field of scientific advice, the process should be more dynamic to easily accommodate specialised input for specific types of products (e.g. paediatrics, drug-device combination products). EFPIA also suggests this sort of activities to wider extend in order to better bridge the advice and decision-making gaps across the EU regulatory system and, for example, the US FDA one.
Real world data may prove truly useful only if access to data sources is made available to the industry, also through the implementation of global standards and alignment of requirements. Acceptability remains a key issue to be solved, and it should be pursued in the basis of the experience gained in the course of multi-stakeholder collaborations and demonstration projects.

The opinion of vaccines’ producers

The voice of the innovative research-based vaccine companies and SMEs has been reported by Vaccines Europe, which has recalled in its note the still unmet medical needs that might be addresses through vaccination, such as infectious diseases for which safe and effective vaccines remain elusive (e.g. cytomegalovirus, Chlamydia trachomatis, Clostridium difficile, Staphylococcus aureus), or those efficacy should be further improved (e.g. seasonal influenza, tuberculosis, herpes zoster).

Attention should be paid also to specific populations that could be better protected (e.g. elderly, immunocompromised patients, travelers). The availability of new vaccines may also prove useful to prevent the expansion of antimicrobial resistance or to boost the immune system in older people.
According to Vaccines Europe, the complexity of the next generation of vaccines and of their targets will make their development much more complicated and costly. EMA should thus work with stakeholders to facilitate the development of and access to innovative vaccines, paying attention also to the need to harmonise approaches with other regulatory authorities at the global level.

The organisations of healthcare professionals

EMA’s Regulatory Science Strategy 2025 has been addressed also from the perspectives of other types of stakeholders of the product life cycle, among which medical doctors. The Standing Committee of European Doctors (CPME) indicates the need to critically reflect on how to integrate the new technological advances in existing regulatory frameworks, while simultaneously maintaining the highest standards of quality, efficacy and safety of new drugs. A goal that may be achieved by reinforcing the pre-submission activities, in order to generate appropriate evidence. “The challenge is about completing the scientific evidence collected through clinical trials rather by collecting additional data rather than replacing clinical trial data”, writes CPME. Post-market authorisation studies would be thus relevant to reduce the uncertainty about the efficacy and safety of new drugs.

The European Forum of Primary Care (EFPC) has welcomed EMA’s “highly ambitious agenda” and its wider scope in addressing problems with access and availability of drugs. “We know it is difficult for political reasons to address the consequences of strategies of countries/pharmaceutical companies. Yet, it is an obligation to the EU-citizen to make absolute clear where the patient interest is not served by protective or marketing mechanisms. We miss that attention a little”, writes EFPC from its website. The request for EMA is to better focus areas of research currently out of the industrial innovation processes due to protective or self-interest strategies of countries and/or pharmaceutical companies.

The European Public Health Alliance (EPHA) filed its comments to the RSS 2025 on behalf of not-for-profit organisations active in public health, patient groups, health professionals, and disease groups. A modernisation of the overall regulatory process should be a priority to be pursued by raising the bar for approvals of new medicines, innovating processes and prioritising public health needs, says the document.

A better transparency of the system and impact assessments of accelerated approval schemes such as PRIME or conditional marketing authorisation (CMA) is suggested, as “they need to remain the exception as they increase uncertainty and put patient safety at risk”.
A Strategy and Planning team, including external, non-industry experts, should supervise in a public and transparent manner EMA’s organisation and procedural decisions, schemes and regulatory pathways. Data from clinical trials should be freely available to the scientific community for re-analysis and further drug development. Comparative and superiority studies on cohort’s representative of the final intended population of patients should be run whenever possible, and one of the two (compulsory) studies to obtain approval should be run by an independent party. Confirmatory studies may also prove useful to confirm patient relevant outcomes. The duration of the treatment should be also assessed. Another suggestion is for EMA to independently run in-house statistical analysis on raw data.
Stricter criteria are also envisaged for the post-marketing phase, both for surveillance and confirmation studies, with a particular attention to monitor toxicity and effective outcomes on the base of real-world data, and on the reporting of adverse effects. EMA should also pay great attention while defining the scope and questions supporting the collection of RWD, and should include pragmatic trials as in “close to everyday practice”.
Finally, but not less important, EPHA wishes that EMA may in future years be more open to constructive criticism and foster a dialogue with critical voices. “It needs to proactively dispel any mistrust caused by the links with the pharmaceutical industry”, writes the association, for example by timely punishing companies that do not publish data of clinical trials.