Home EIPG Newsletter Politics & Business Biosimilars: the strategic imperative to balance between the needs for innovation and... 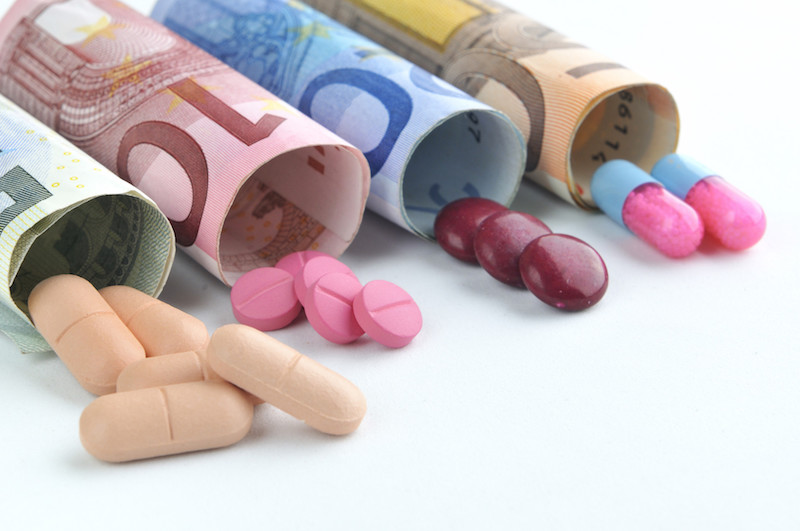 Biosimilars are not just generic copies of biological medicinal products, as the natural variability of their protein structures and the complex manufacturing processes allow to achieve just a high “similarity” with the originator in terms of structure, biological activity and efficacy, safety and immunogenicity profile, while it is impossible to exactly replicate the molecular micro-heterogeneity of the reference product. The first biosimilar was approved in 2006 by the European Medicines Agency (EMA); there are currently 67 biosimilar approved by EMA. Europe has been the pioneer in the field, far ahead the US where just 19 products have been approved by now by the FDA (three of which in 2019).

The number of biosimilar medicines shall greatly increase in future years, following the expiry of many patents for biological molecules. Innovative medicines too are mainly biologicals, which replaced the development of small molecule new chemical entities more typical of the ‘900. This indicates a further explosion of the biosimilar market in the next two to three decades, upon the progressive ending of the protection of the intellectual property.

A different framework in the EU and US

As said, Europe is the cradle of biosimilars, characterised by a strong, science-driven, knowledge-based approach and regulatory framework supporting the development and commercialisation of this type of medicines.
Very different is the situation in the US, where this sort of development target is still often seen as a true challenge: the first biosimilar was approved by the FDA ten years after Europe, in 2015, and just seven products are currently available on the market, reports Karen Langhause from Pharma Manufacturing columns. But this might turn to be an advantage, adds Mrs Langhause, as US companies may now benefit of “10-plus years of market data available, courtesy of Europe”.

The challenge of interchangeability

As a matter of fact, the safety and efficacy of biosimilar medicines are currently acknowledged mainly by their very extensive use in the European markets, totally counting for 700 million patient days of safe clinical experience since 2010 (source: International Generic and Biosimilars Association, IGBA).
Being slightly different in structure with respect to the reference product means that a biosimilar cannot be automatically interchanged to substitute the originator, as the efficacy and safety profiles may also result not exactly superimposable. In the US, the FDA clearly distinguishes between biosimilars and interchangeable medicinal products, with additional requirements and a second regulatory approval procedure to prove that the interchangeable product is expected to produce the same clinical result as the reference product in any given patient. The final guideline explaining FDA’s “Considerations in demonstrating interchangeability with a reference product” has been just released by the Agency and it can be dowloaded here.

In the case of several administrations of the medicines to a patient, according to the Biologics Price Competition and Innovation Act, the risk in terms of safety and reduced efficacy of switching back and forth between an interchangeable product and a reference product has to be evaluated. The complexity and costs of this double regulatory approval, explains Pharma Manufacturing’s article, results in no interchangeable product being approved so far by the FDA. This barrier does not exist in Europe, where biosimilars are automatically interchangeable upon approval by EMA.

A useful tool to reduce costs

According to IGBA, the potential addressable biosimilars market would account for $ 250 billion potential savings in the US, plus $ 50 billion in the combined top 5 EU markets (Germany, France, UK, Italy and Spain). These savings may represent a fundamental tool to support the long-term sustainability of healthcare systems, but a better competitive scenario is still needed to fully exploit this opportunity.
Biosimilars are expected to give a great contribution to control costs, as their price is significantly lower than the one of the corresponding branded reference products. But the challenge of interchangeability and the dynamics of market penetration are slightly different for biosimilars compared to generic medicines (that are automatically dispensed at the pharmacy level in substitution of the originator). The result is that, while generics may rapidly conquer very broad market segments (up to 90%), the entry of a new biosimilar on the US market may be greatly delayed, as acknowledged by the case of Zarxio (filgrastim-sndz), reaching just 35% of the US filgrastim market after three years from approval. A reason for this is attributed by Karen Langhause to the request of the FDA to add the four letter code to the non proprietary name of the biosimilar product to better identify it, a provision not considered by the other pharmaceutical regions and that may impact on the ease of substitution of the products.
Many anti-competitive behaviours to slow down biosimilars penetration are cited by the Langhause article, including very high rebates for the originator products upon commercialisation of the corresponding biosimilar, and the possible bundling of all products of a certain company to the possibility to obtain a price rebate.

The challenge of innovation

Biological medicines are usually protected by a very thick fence of “follow-on” patents in order to extend the market exclusivity over the 20 years of life of the original patent. Challenging these patents in Courts may prove very expensive and time consuming, and it can represent a deterrent to biosimilars competition, according to the Pharma Manufacturing article, which specifically discusses the US scenario.
Innovation in the biopharmaceutical sector is a feature characteristic of the highly dynamic, smaller biotech companies, those products are then acquired or licensed in by big pharma companies. Many of the current top level innovator products, like Abbvie’s Humira and Merck’s Keytruda, were sourced externally, and together accounted for a $21.1 billion US sales in 2018, reports EvaluatePharma: a trend that is expected to continue in future.

Emerging markets are also expected to play an active role in the growth of the biosimilars sector, with companies from China and India manufacturing and launching their products also in the regulated Western countries. A recent example is Indian Biocon, that according to the Economic Times should launch the biosimilar version of Roche’s trastuzumab on the US market in 2019. The relevant impact that biosimilar and biologic manufacturing, together with R&D services, may play for Asian companies is acknowledged by the 64% increase reported by Biocon for Q1 2019. Earnings are expected to growth 45% in the period 2019-2021. The Indian company already launched in the US the biosimilar of peg-filgrastim at a price, according to the Economic Times, of one-third the one of the originator, resulting in a penetration of 15% of the market share.

Data for year 2018 shows that a pure generic and biosimilar company such as Sanofi improved one position in the ranking vs the previous year, reaching $ 111,3 billion market cap and $ 42,1 billion revenues (source: GlobalData). A positive trend, considering that four of the top 20 companies considered by the GlobalData survey showed a negative growth and six saw their market cap fall by more than 15%.

Life sciences should remain one of the leading industrial and economical sectors also in the next decade. An analysis commissioned by the Association of British Pharmaceutical Industry (ABPI), for example, indicates that the sector may add an extra £ 8.5 billion of growth to the UK economy by 2025, plus an additional 31,400 more jobs. A strong framework for R&D investment and a highly skilled workforce are the requests to the UK government advanced by ABPI to fully exploit this potential; the industrial association also called on to improve efforts to reach the target of 2.4% of GDP spent on R&D by 2027.