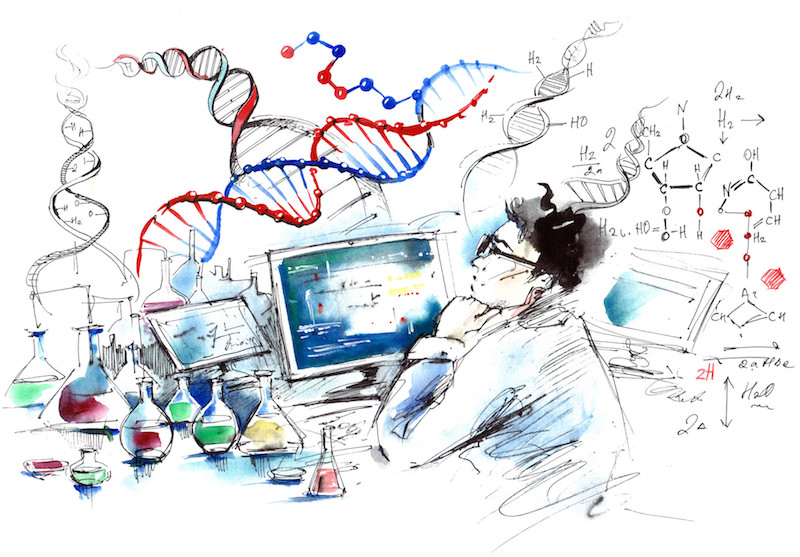 European institutions jointly published a letter to remind all stakeholder their obligation to make publicly available in the EU Clinical Trials Database the summaries of results of concluded trials.
In the meantime, cOAlition S released a revised guidance on Plan S implementation, which has been postponed one year and will now take effect from 1 January 2021. The debate on models for open access (OA) is continuing: the example of the Swiss Medical Weekly has been addressed in a paper recently published on Nature.

Transparency in the development of new medicinal products should represent a major goal for the pharmaceutical industry, as it allows the general public and health professionals to be better informed about new treatments. Transparency is also an important feature to widen access to cures, but still many sponsors do not comply with the request to publish the summary results of clinical trials in the centralised EudraCT database. The issue has been addressed by a joint letter signed by the EU Commission, the European Medicines Agency and the Heads Medicines Agencies (HMA) and aimed to solicitate sponsors to respect the one-year deadline from the completion of the studies for publishing results. This time decrease to only six months in the case of paediatric studies.

The problem mainly refers to academic sponsors, as they proved far less efficient (23,6%) than industrial sponsors (77,2%) in complying with the publication of data in EudraCT. According to the three European authorities that signed the letter, it should be considered the importance of transparency for patients that took part to the studies: a punctual publication of results represents an acknowledgement of the importance of their decision for the benefit of the entire community of patients suffering for the same disease.
The letter is not the only initiative undertaken at the European level to facilitate adhesion of sponsors to the request to make available trials’ final results. A monitoring initiative was launched in September 2018 to monthly check studies still missing results; reminders are then forwarded to not compliant sponsors to sensitise them to the transparency obligations they should respect.
In April 2019 the EudraCT database contained data for more than 57 thousand clinical studies, 27% of those (27,000) were completed. Just 68,2% of sponsors for completed studies resulted in compliance with the publication of results; data were still missing for the remaining 31,8% (5,855 studies).
All information inserted by sponsors in the EudraCT database is then make public through the European register of clinical trials (EUCTR); it is also shared at the international level on the ICTRP platform managed by the World Health Organisation.

The timetable for the implementation of the Plan S for open access to scholarly publications (see the March 2019 newsletter) has been postponed at the end of May, and it is now expected to take effect from 1 January 2021. This means that starting from January 2021 all publications resulting from research funded by cOAlition S members grants must be published in OA journals and platforms or made available in an OA repository. The three years transition period will conclude with a formal review process on the implementation of Plan S to be run by cOAlition S.

A new version of the guidance on the implementation of the plan has been also released on the basis of the feedback (more than 600 inputs from 40 countries) received during the consultation phase. The principles of Plan S are now more committed to revise methods of research assessment according to the San Francisco Declaration on Research Assessment (DORA), reflecting the line of action indicated by the funders. “We are committed to implement what is one of the most significant and ambitious changes to the research system and with the final plan now in place we look forward to more funders, from across the world, supporting the transition to full and immediate open access by joining and aligning with cOAlition S”, said Marc Schiltz, president of Science Europe and co-initiator of Plan S.
A full explanation of the rational to the guidance is provided on the initiative’s website. Fundamental principles have been confirmed: no paywalls for scholarly publications, immediate open access without embargo, Creative Commons Attribution CC BY licences, commitment of funders to support open access publication fees at a reasonable level, no support to publication in hybrid (or mirror/sister) journals unless they are part of a transformative arrangement with a clearly defined endpoint. The final target of open access may be pursued by making papers freely available at the point of publication either in the form of the Author-Accepted Manuscript (AAM) or Version of Record (VoR), a modality already practiced by some publishers.

These transformative agreements should facilitate the moving away from existing subscription agreements and they will be supported until 2024. More options for transitional arrangements have also been considered, including transformative agreements, transformative model agreements, and ‘transformative journals’. Read-and-publish or publish-and-read agreements with publishers are possible examples. There is no a predefined route to achieve compliance, says cOAlition S, the initiative remains open to support different and sustainable solutions and models in order to answer the specific needs of the different scientific disciplines. Transparency in open access publication fees is also a goal, aimed to reach funders’ potential standardisation and capping of payments. The technical requirements for OA repositories have been also revised, as well as the criteria for research reward and the incentive system in order to adapt them to value researchers and scholarly output.
cOAlition S has announced the intention to further collaborate with many of the European and international associations involved in the theme of OA publishing to further improve the implementation road to Play S. Many new funders joined the coalition in just few months after the initial publication of the plan, which has now become a global initiative. In May 2019, for example, cOAlition S launched the ‘São Paulo Statement on Open Access’ with the African Open Science Platform, AmeliCA, OA2020, and SciELO.

The possible model of the Swiss Medical Weekly

Not all voices agree with the cOAlition S roadmap, or at least with part of it. In a recent commentary published in Nature, Adriano Aguzzi discusses the possible problems arising from the author-pays model, as it may lead journals to increase the number of accepted papers in order to increase their profits. At the expense of the overall quality of contents. Aguzzi, the director of the Institute of Neuropathology at the University of Zurich (CH), says about Plan S that “I am concerned the implementation of this honourable goal could cause long-term damage to the integrity of the scientific record”.

The proposed solution – called by its author ‘Public Service Open Access‘ (PSOA) – would see journals competing each other to attract grants from public-research agencies instead of charging authors for publishing, in a process very similar to the calls for application typical of research grants. Applications should be reviewed by a panel of experts in scientific publishing based on quality criteria, turnaround times, searchable database, etc.
The PSOA model has been elaborated on the example of the Swiss Medical Weekly, the journal Adriano Aguzzi was the director of for four years. All costs to be afforded to publish papers (estimated in 1,900 CHF each) are covered by a consortium of Swiss university and cantonal hospitals, the Swiss Medical Association, the Swiss Academy of Medical Sciences and charities. Reviewers obtain 50 CHF for each report, the access for readers and authors is completely free of charge. Articles are published under the CC BY-NC-ND licence, more restrictive than the one proposed by Plan S, but for Aguzzi more useful to maintain the integrity of the published records. The Swiss expert also thinks the proposed ‘read-and-publish’ transformative deals, were libraries are to pay for a subscription, to be non-transparent and favourable to monopolistic publishing.
Other possible impacts on desynchronization and file corruption might arise, according to Aguzzi, from the many platforms providing open access to preprints or accepted manuscripts. A strict a clear guidance should be also provided to avoid conflicts of interests in both publishers and funders, these last one being possible tempted to preferentially support the publication of the research they funded.