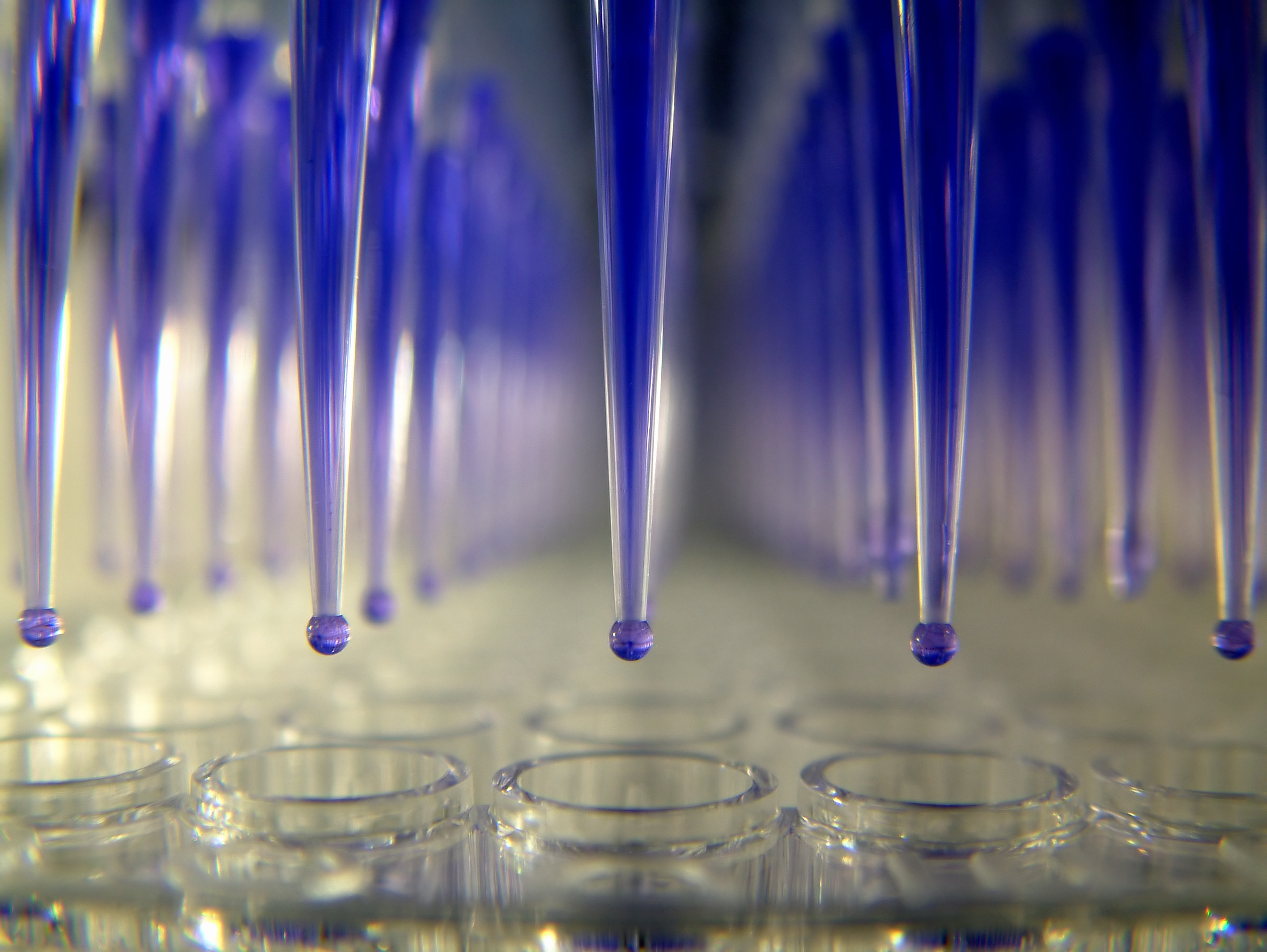 Mutations in germ cells can lead to spontaneous abortions, infertility or heritable damage to the offspring and possibility to subsequent generations.

The assessment of genotoxicity represent an important component of the safety assessment of all types of substances (e.g. pharmaceuticals, industrial chemical, pesticides, biocides, food additives, cosmetic ingredients) relevant in the contest of EU and international legislation aimed at the protection of human health (4-11).

Genotoxicity testing includes the measurement of DNA primary damage that can , in some cases, be repaired and is therefore reversible, as well as the detection of stable and irreversible damage (e.g. gene mutations and chromosome aberrations) that are transmissible to the next generation when they occur in germ cells, and the perturbation in mechanisms involved in the preservation of the integrity of the genoma. Different endpoint (e.g. induction of gene mutation, structural and numerical chromosome alterations) have been assessed, as each of these events has been implicated in carcinogenesis and heritable diseases. These changes may involve a single or block of base pairs, single gene or gene segment, or a block of genes or chromosomes.

A compound is defined clastogen if it cause breaks in chromosomes that result in the loss or rearrangement of chromosome segments. Aneugenicity refers to the effects of agents that give rise to a change (gain or loss) in chromosome number. Adequate coverage of all points can be obtained by the use of multiple test systems (a testing battery) , as no individual test system can cover all endpoints.

For cosmetic ingredients and products, in vivo testing is prohibited in the EU (10), for pharmaceutical, veterinary drug, industrial compounds, plant production products (pesticides), food additives, and biocides every in vitro test is always followed by in vivo test.

New approach on in vitro genotoxicity

The high rate of false positive results in the in vitro mammalian cell genotoxicity may be due to some problems in the test (e.g excessive cytotoxicity, high cell passage-number, compromised p53 response pathways or DNA repair mechanism in the cell used).

New developed methods which utilize cell systems of human origin with p53 and DNA repair proficient , and with phase I and II metabolism are considered to offer the best option to reduce false positive results (14). The recommendations of this work studies have contributed to several international collaborative initiatives (e.g. Cosmetic Europe, EURL ECVAM, etc.).

Today all OECD test guideline (TG) related to genotoxicity are revised taking into account the knowledge acquired during the last decades and the recent activities related to the false positive (15-18).

New assays with the same endpoints but using novel methods

The micronucleous test and the comet assay in 3D human reconstructed skin models offer the potential for a more physiologically approach regarding metabolic aspects to test dermally applied chemicals. Validation studies of the micronucleous test using the human reconstructed skin model are coordinated and funded by Cosmetics Europe, and in the case of 3DSkin Comet assay, by a joint effort between Cosmetic Europe and German Consortium funded by BMBF (19, 20).

Another interesting system is the hen’s egg test for micronucleus induction (HET-MN) (21).

The in vitro cell transformation assay (CTA) has been shown to closely model some key stages of the in vivo carcinogenesis process by measuring the transformation of cells (24). The CTA has the potential to detect both genotoxic and non-genotoxic carcinogens. This test can be used for confirmation of in vitro positive results from genotoxic assay. However, the exact role of the CTA in regulatory toxicology is still under debate (25, 26).

From other tests, the primary use of toxicogenomics-based tests is envisaged to be providing information on mode of action as supporting evidence (27, 28). Many paper are studied this test; at the moment these data represent a proof concept that the gene expression profiles reflect the underlying mode of action quite well.

In the last years some studies have been made to develop and validate the induction of stress pathways/proteins as endpoints in genotoxic assays by using high throughput screening approaches. Among these assays are the Green Screen Assay, both of which use a p53-competent TK6 lymphoblastoid cell line , genetically modified to incorporate a fusion of green fluorescent protein or luciferase reporter-gene and the GADD45 gene, a downstream target of p53 (28-30).

Although the in vitro methods mentioned above are promising, they are not mature enough to replace the current regulatory assays.

Strategic plan to reduce animal use in genotoxicity

Many studies are proposed to reduce the animal use in genotoxicity utilizing two key aims:

The approach of the aim 1 is an objective with several steps.

a. Improvements of existing in vitro tests

Many activities have been carried out to reduce false positive results in the in vitro mammalian cell tests (3). It is now time to assess what still needs to be done.

b. Determine the optimal number of tests for the standard in vitro battery

c. Assessment of in vitro genotoxic assays currently under optimization and evaluation.

Some of these tests are good candidates to follow up positive results from standard battery of test (e.g micronucleous and comet assay in reconstructed skin models). It is important to identify the best ways to exploit those methods within the testing strategy and the validation for the regulatory agencies.

d. Identification of in vitro tests that provide other informations

It is interesting to obtain further in vitro tests to generate supplementary informations regarding mechanism of action and clarify the relevance of the positive results for humans. For example, in vitro test that measure gene expression may be considered particular useful. It is also evident to explore whether in vitro tests could provide reliable information on local genotoxicity. The studies have to identify useful mechanistic in vitro test to help with the decision-making process and after to validate.

e. Analysis of different patterns of in vitro results to identify possible categories of positive results from the Ames test that may be irrelevant or signify a low risk

EURL ECVAM recently held a workshop and initiated a project with the aim of:

The work to do is a construction of a database of Ames positive compounds with in vitro and in vivo genotoxicity and carcinogenicity data.

It is important to initiate a training program addressing in vitro data interpretation.

g. QSAR as a tool to support evidence of genotoxicity

Many QSAR model have been published in the literature for predicting in vitro genotoxicity and the most modelled test has been the Ames test (31). Numerous studies are published, including the work carried out in the contest of projects funded by the European Cmmission (EC) e.g. OSIRIS and ANTERES, and by EFSA.

In contrast to in vitro genotoxicity, relative few QSAR models have been developed to predict in vivo genotoxicity. A work on structural alert for the in vivo micronucleus test has been developed by Benigni et al. (32); this was implemented and utilized by Toxtree and OECD Toolbox.

Also the approach of aim 2 require some steps.

a. Achieve best use of in vivo tests avoiding redundant testing

He section of appropriate follow-up test is particular important in view of the adoption of the new in vivo genotoxicity OECD TGs (OECD TG 488 on transgenic mice and draft OECD TG on in vivo comet assay). New in vivo test have been developed in order to be able to evaluate genotoxicity in almost all tissues, and to measure end-points other than chromosome damage. The choice of the in vitro follow-up test needs to cover the same endpoint as the one which showed positive results in vitro. Work is already on-going under the umbrella of the OECD considerations of Animal Welfare (OECD Guidance Documents, nos. 19/2000 and 34/2005).

b. Identification of opportunities for reduction of in vivo tests

Several opportunities for reduction were discussed during ECVAM workshop (33). These opportunities exist both at single test level (e.g. 1 sex versus 2 sexes, omission of positive control) and ITS level (e.g. integration of endpoints in the same animals) and need to be taken into consideration whenever possible EFSA Opinion (9).

c. Formulate condition which justify waiving of in vivo testing

In certain cases, there may be conditions where a conscious decision not to do in vivo genotoxicity tests can be made. For chemical and biocides, this may be the case on absence of or low exposure, knowledge about structurally similar chemical (read-across and grouping) or where it can sufficiently deduced that in vivo positive findings is not relevant for in vivo situations.

In the Table 1 we report the most important tests for in vitro and in vivo studies on genotoxicity of all the substances. The strategy was to avoid or to reduce the use of animals in genotoxicity.

Table 1. Available in vitro and in vivo methods for genotoxicity/mutagenicity

* TG 476 is under revision and two distinct guidelines are in preparation: one for hprt locus mutations detection and a second for tk locus.

**TG draft. This is not a genotoxic test, but it is considered a test to assess carcinogenic potential in vitro. OECD TGs are available: