This rapid growth could be dependent of a convergence of changing economic profiles, rapid urbanisation, increased healthcare spending and investment, and increasing incidence of chronic lifestyle diseases. Major driving factor for Africa pharmaceutical market is the expansion of healthcare capacity which according to the World Bank Africa acquired 70,000 new hospital beds, 16,000 doctors, and 60,000 nurses, adding up to a total of 1,050,000 beds, 498,370 doctors, and 1,250,000 nurses between 2005 and 2012.

The tropical climate of Africa makes the continent the largest reservoir of infectious diseases, particularly malaria, tuberculosis (TB), and acquired immune deficiency syndrome (AIDS), besides frequent outbreaks of polio, meningitis, cholera, pandemic influenza, yellow fever, measles, hepatitis, and tetanus. With the increasing adoption of Western lifestyle in Africa, there has been a paradigm shift in the burden of illness towards non-communicable diseases (NCDs), driving the demand for chronic prescription drugs. Based on World Health Organisation prediction, the proportional contribution of NCDs to the healthcare burden in Africa will rise by 21% through 2030. In the meanwhile, population will continue to suffer from infectious and parasitic illness, but lifestyle diseases such as cardiovascular diseases, diabetes, and cancer will witness high growth rates throughout the forecast period. Limited affordability of governments and the general population for healthcare and pharmaceuticals and a high reliance on donor funding will be the major market restraints.

Half of Africans do not have access to essential drugs. With the provision of the right drugs to treat respiratory infections, diarrheal diseases and malaria, around 10 million lives would have been saved in 2015. Every 30 seconds one African child is killed due to malaria. The 10 largest pharmacy retail chains in Nigeria, Kenya and Ghana manage 186 outlets for a population of almost a quarter of a billion people. 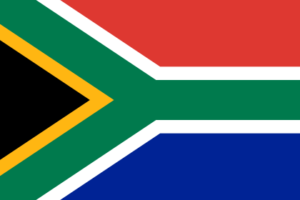 According to the Pharmaceutical Industry in South Africa 2017 report of research and markets, the pharmaceutical industry provides the vital service of providing medication to the South African population and was valued at between R 42.6bn (€ 2,72bn) and R 45bn in 2016. Involved in the sector are 276 companies licensed by the Department of Health and the Medical Controls Council. Local manufacturing, valued at R 4.9bn in 2015, is dominated by local companies. In 2015 Aspen had a market share of 15.3% and Adcock Ingram’s market share was 8.9%. South African companies hold the number one position for overall market share, for Pharmaceuticals only and for over-the-counter medication only.