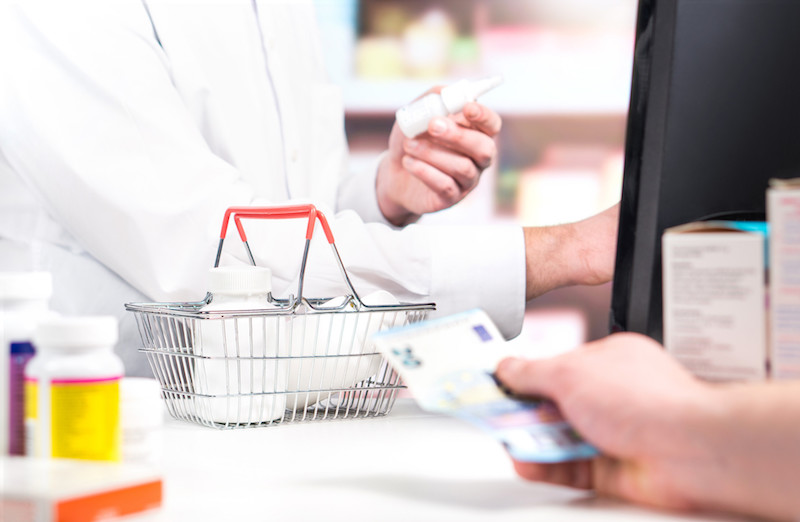 Innovation is often valued on the basis of the high pricing of innovative medicines, an important asset which is also used to create value for the company and remunerate investors. On the other hand, high prices may represent an issue that limits access to treatments. The concept of fair pricing has been deeply analysed in a series of articles published in the British Medical Journal (BMJ) and co-authored by experts from the World Health Organisation (WHO).

The central message arising from the editorial and the five articles of the BMJ series is related to the need for an improved transparency in the mechanisms used to calculate the “fair” price of new medicines, as well as that of generics and biosimilars. According to the editorial – signed among others by WHO’s technical officer Allison Colbert, the assistant director general Mariângela Simão and the chief scientist Soumya Swaminathan -, “the free market simply does not work to effectively provide affordable access to medicines for all”. All stakeholders are called to improve collaboration in order to reach a definition of what is “fairness”, to be uniformly used in the daily practice. “There is no simple algorithm that will calculate a fair price for each medicine”, says the article: the right data should be always available to the right stakeholders in order to guarantee the sustainability of the process.

The competing interests of the companies developing and selling the new pharmaceutical products (the “vendors”) and of the healthcare systems called to provide access and use them to treat patients (the “buyers”) should be both considered to solve the critical challenge of how to reach a unique definition of “fair pricing”. If the final target of this exercise is quite clear (transparency in determining what is fair), much less is the road to achieve it. According to the authors, the still observed absence of reliable data on development costs makes opaque the entire process, as “without data it is difficult to accept the argument that the costs of development, even accounting for failed research, make high prices for new medicines inevitable”.

Innovative research is often funded by public institutions, thus it would be important to provide better evidence about how R&D funds are used in order to avoid any duplication of the public effort to sustain innovation and to ensure that the civil society may truly benefit from its outcomes. A possible mechanism suggested by the authors would see a reduction of prices of medicines counterbalanced by higher sales volumes, an approach that “could benefit all stakeholders”. The experts from the WHO considers unacceptable the opposite, where the high risk typical of the pharmaceutical business is counterbalanced by a monopolistic approach to markets and the imposition of limitations through the high prices for pharmaceutical products.

How to define a fair pricing

The issue of how to define the fair pricing for medicines has been further analysed in the article signed among others by Suerie Moon, research director of Geneva’s Graduate Institute of International and Development Studies.

Pharmaceutical companies are not the only players to be considered from the perspective of those “selling” the pharmaceutical product: the academia and other R&D institutions are also part of this group, together with innovative startups, formulators, distributors, etc. On the other side of the fence are the “buyers”, i.e. healthcare (HC) systems, insurances, donors, etc.. The fair pricing should provide coverage of R&D, production and distributions costs, administrative and regulatory ones (including pharmacovigilance), and ensure a fair profit to the first group of stakeholders, which invested efforts and resources in the identification and development of the new drug. From the buyers’ perspective, fair pricing should consider the current and future possibility to guarantee access to treatment, its value both for the single patient and the healthcare system, and a steady flux of supplies.

According to the authors, the fair pricing should be defined as any value contained between these two extremes. Exceeding them, both in excess and in defect, would mean from the vendors perspective putting at risk future innovation and sustainable supplies, from the buyers’ perspective an inappropriate reduction of the possible benefits that may result for both patients and HC systems. It should be also considered that many companies are focusing on rare or orphan therapeutic needs, thus developing a “monopoly power” that strengthens their position. “These characteristics mean that government intervention is often needed to ensure a fair price”, say the authors.

The proposal is that fair pricing should not take into account the failure risks linked to the R&D process; these should be better reflected within the risk premium in a company’s cost of capital. Other voices that should not enter the calculation of fair pricing include public R&D funding, tax credits, the opportunity cost of capital and the high earnings granted to top managers. A better transparency of the R&D costs might be pursued by the “disclosure enforced by legislation, regulation, and judicial action or as a condition of receiving public research funds, tax benefits, regulatory approval, or listing in a formulary for reimbursement”. Better economies of scale may improve forecasts for costs of productions and distribution, for example allowing to achieve lower prices for big, advanced orders. Further reasoning is still needed, according to the authors, on how to calculate the fair profit and to evaluate the intrinsic R&D risk typical of the pharmaceutical business.

From the buyers’ perspective, affordability should target the possibility to buy the needed quantity of a drug without experiencing undue financial constraint. The available resources also depend on psychological and cultural factors, including the impact of polypharmacy schemes typical of many chronic patients, and on the specific type of buyer (i.e. HC system or insurance). Strong evidences and monitoring capacity should be at the basis of all health technology assessment activities. The calculated minimum price might be overcome, for example, in the case of the availability of different manufacturers to avoid the risk of shortages.

The fair pricing of generics and biosimilars

Generics and biosimilars are therapeutically equivalent and cheaper to reference pharmaceutical products that often experience difficulty in conquering market shares, despite they may prove important tools to contain healthcare expenditure. The concept of fair pricing for these categories of drugs has been examined in another article of the series.

Biosimilars, in particular, are quite complex products to be developed, thus resulting in prices higher than that of typical generics. Internal reference pricing models, grouping different medicines with the same active ingredient or safety/efficacy profile, price reductions calculated as a percentage of the originator price, INN-based prescription practices and generic substitution at the pharmacy are all examples of possible approaches that have been already tested, as well as a unique tender to generate economies of scale across multiple healthcare institutions. “No one policy strategy will lower prices, broaden equitable access, and lead to affordable spending for quality generics and biosimilars. Rather, multiple actions by different stakeholders in the system are needed”, write the authors.

Healthcare systems are facing the challenge of how to ensure the universal access to treatment, that has been considered in another article of the series.

The social value of medicines compared to the potential positions of market abuse resulting from the unbalanced requests of pharmaceutical products is the core issue to be faced, taking into consideration also the differences between patients and other types of consumers. Authors also highlight the increase of costs for healthcare systems that resulted from the commercialisation of many new specialty drugs and medicines for rare diseases, these last ones being considered the “new blockbusters” even if targeted to limited sub-populations of patients. “In many cases, the prices of new specialty drugs are well above traditional value-for-money thresholds defined by opportunity costs in health systems, beyond which coverage is unlikely”, write the authors.

Price secrecy and confidential discounts – different in the different countries – are other mechanisms that may result in perturbations of the prices, namely giving rise to lower prices on those markets those public authorities possess the higher negotiating power. Furthermore, list prices “that far exceed conventional coverage thresholds” are often taken as the starting point for negotiations, exacerbating the problem. Again, a better transparency may provide an improved access to many treatment options, counterbalancing the sustainability for HC systems with the investments in high social value innovation.

The fourth article of the BMJ series discusses the need for governments and other funding bodies to better define research targets so to improve the development of new and alternative models for the pharma business based on the fair pricing as a pre-requirement to make funding available. The “delinkage” model, for example, does not consider the market exclusivity among the possible incentives for research, thus keeping separated R&D grants from the final pricing of the resulting pharmaceutical products.

Three different mechanisms may support the concept of fair pricing, according to the authors: the “push” mechanism, which provides R&D grants in advance; the “pull” mechanism, rewarding accomplishments at various stages of the drug development process; the “pooling” mechanism, aiming to speed up the entire process by providing facilitated access to scientific knowledge. Their respective strengths and the availability of new sources for funding R&D, especially in less appealing areas (e.g. neglected diseases or antibiotic-resistance), should support the identification of the most appropriate development strategy, suggests the article.

The last article of the series specifically addresses the issue of access to vaccines in middle income countries, for which the supplies are not supported by donations.

The WHO launched in 2014 the “Market information for access to vaccines” (MI4A) database in order to provide these countries with better initial information to start negotiations with the pharmaceutical industry. In this case too, transparency is identified as the key element for an improved budget analysis on which to base procurement choices. New modalities to manage tenders and a clearer formulation of price policies by vendors would also help to improve the affordability of the process.