The future may deserve a revolution for in vitro toxicology studies: stems cells might be used to better replicate in vivo real tissues conditions, thus avoiding or at least reducing animal testing. The team led by Massimo Dominici is investigating the technique at the new Mirandola labs 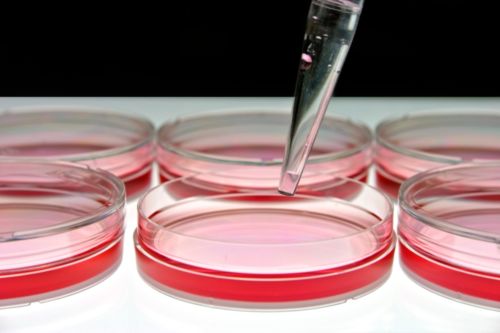 The new labs of the Tecnopolo – at the biomedical district of Mirandola, in Italy – will host three different research groups strongly connected one another and fully devoted to improving the collaboration between public institutions – the University of Modena and Reggio Emilia – and private companies in the medtech and pharma sectors in order to revamp competitiveness and innovation: a strategical asset for the biomedical district – one of the main state-of-the-art medtech districts in Europe – that just two years ago was greatly damaged by a very strong earthquake. 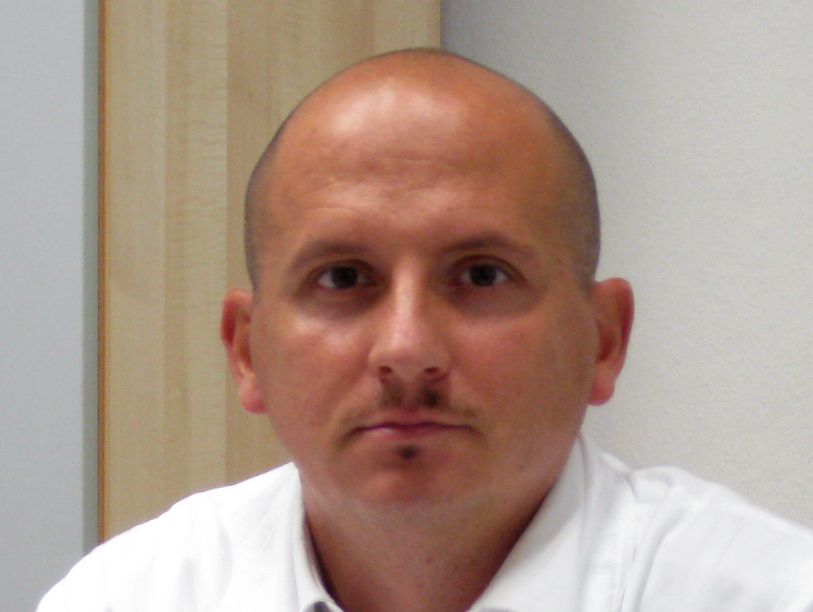 The Biocompatibility lab, one of the three new labs, will be fully involved in the development of a completely new application for stem cells: under the guide of oncologist Massimo Dominici, director of the Laboratory of Cellular Therapies of the University of Modena and Reggio Emilia and president of the International Society for Cellular Therapy, ISCT, the group will investigate how mesenchymal stem cells might be used in order to in vitro test the toxicity of new or already existing substances. Dominici started to study stem cells applications in the framework of tumoral pathologies in 1997. Years later his attention moved to regenerative medicine, a field were stem cells may be used also as medical devices. “Year after year, we have learnt how to manipulate the cells, how to amplify their number, their behaviour and what they can do”, tells Dominici. The amount of information available today allows the researchers to prefigure a revolutionary use for stem cells, as Dominici tells Pharma World: “We are studying the possibility to use stem cells as sensors able to respond to what is happening inside the cell or in its nearby after exposure to an external substance”. Exposure could generate biochemical and physiological modifications within the cells that might be used in order to evaluate the in vitro toxicology. The new technology under development at the Mirandola’s new lab may represent in future an alternative to classical methods, as for example tests making use of macrophages or fibroblasts. These are immortalised cells, thus not exactly reflecting the biological characteristics of a human cell. “Not differentiated stem cells are very different from fibroblasts – says Dominici – They seldom undergo transformations in vitro and they reflect the tissue from which they were originated”. Stem cells are also very resistant and they often respond to external challenges modifying their functionality without cellular death. This is very important to better understand what is happening within the damaged cell. “Toxicology is often limited by the fact that the substance might kill the cell, thus it is difficult to understand the mechanism at the base of cytotoxicity – tells Dominici. – Stem cells well tolerate antitumoral drugs, for example taxol which is accumulated in the cytoplasm: this may produce may advantages”.

A characteristic of stem cells is their ability to differentiate towards different tissues. The group at the Tecnopolo in Mirandola will also use induced pluripotent stem cells (IPS), the Nobel Prize winner technology for medicine in 2012. IPS technology allows to reprogram adult cells, such as fibroblasts, so that they acquire a pluri-potency typical of embryonic stem cells. “Using this technique we are able to obtain a wide set of stem cells, including cells of renal or hepatic origin. These are very important tissues for toxicology, there might be a strong impact with the tested substance”, tells Massimo Dominici.

A new way to test toxicity

The main raw material used by the medtech companies located at the Mirandola biomedical district is bioplastic: is from this that the toxicology tests using stem cells will start, but the method might be easily applied to other materials as well as to existing or new active ingredients to be used by pharma companies. “We can grow the cells in the presence of the substance, observing and measuring the variation of cellular parameters. A main advantage of the method is that stem cells might be used as surrogates of human tissues, thus obtaining not only toxicological information but also data about the impact of the substance on the tissue”, says Dominici.

The goal of the team is to develop new methods to test toxicity as close as possible to cellular reality. A further advantage might be represented by the possibility to reduce animal testing, a target also present in recent official European policies. “Our method might help to limit animal testing just to the critical steps of the development, where is really necessary to use a complex biological system such as a living organism”, comments Dominici.

The new stem cells methodology should undergo validation and regulatory scrutiny prior to become a routine method to test toxicology during drugs and medical devices development. According to what Massimo Dominici told Pharma World, the intention is to built a solid relationship with the regulatory authorities, so to better understand from the beginning how to use the technology in order to provide accurate data to support product development. The researchers at the Mirandola’s lab are currently implementing the operative procedures and setting all the instruments needed to further develop the method. They are planning to start contacts with AIFA, the Italian regulatory agency, as soon as the lab will be fully operative. “We have already contacts with other regulatory authorities, such as the FDA in the United States, and it’s possible that in future we will contact also EMA – says Dominici, who is also president of the International Society for Cellular Therapy. – This represent for me an advantage, as I can have a global overview on the use of stem cells both from the therapeutic and regenerative point of view and from the toxicological one. I wish I can use this advantage to help companies”. The new stem cells’ biosensors should be developed in the form of a kit, so that pharma o medtech companies might directly use it to conduct toxicological evaluation using a ‘read out’ analytical approach.

We shall wait some more time to see the stem cells toxicological method on the market, even if the instrumental equipment needed is already largely available, just need to transfer and implement the new methodology. “Lab free technologies, with no requirement for cellular labelling, are already available. We would like to enter this technological area and supply well characterised stem cells and ancillary reagents. We are going to run tests to give consistency to our approach. At the moment, I like to share the concept at the base of the method, as I think it represents a revolution in screening technologies. I say that as an oncologist. Our method is as near as possible to the biological situation of the human being” comments the director of the new lab.

Dominici tells he was positively surprised by the very short time needed for medtech companies in the Mirandola district to built a prototype or to solve complex issues. The new Tecnopolo will host, on a total area of about 800 m2, other two labs that will work in close collaboration with the Dominici’s one as well as with the many companies of the biomedical district. “We want to open the labs to companies, that’s why we decided to locate in Mirandola. The new facilities are not entities foreign to the surrounding business environment”, explains Dominici. The entire project borned and has been developed in strict collaboration with several companies already installed in the district, so to avoid the risk to generate a new purely academic start-up, a rare example of public-private collaboration for Italy.

Of the two other labs, the one guided by professor Aldo Tomasi will run validation tests on the stem cells toxicological method using standardised proteomics and chromatographic techniques. The third one is an bioengineering lab directed by professor Luigi Rovati and will be involved in the structural development and prototypisation of the method. 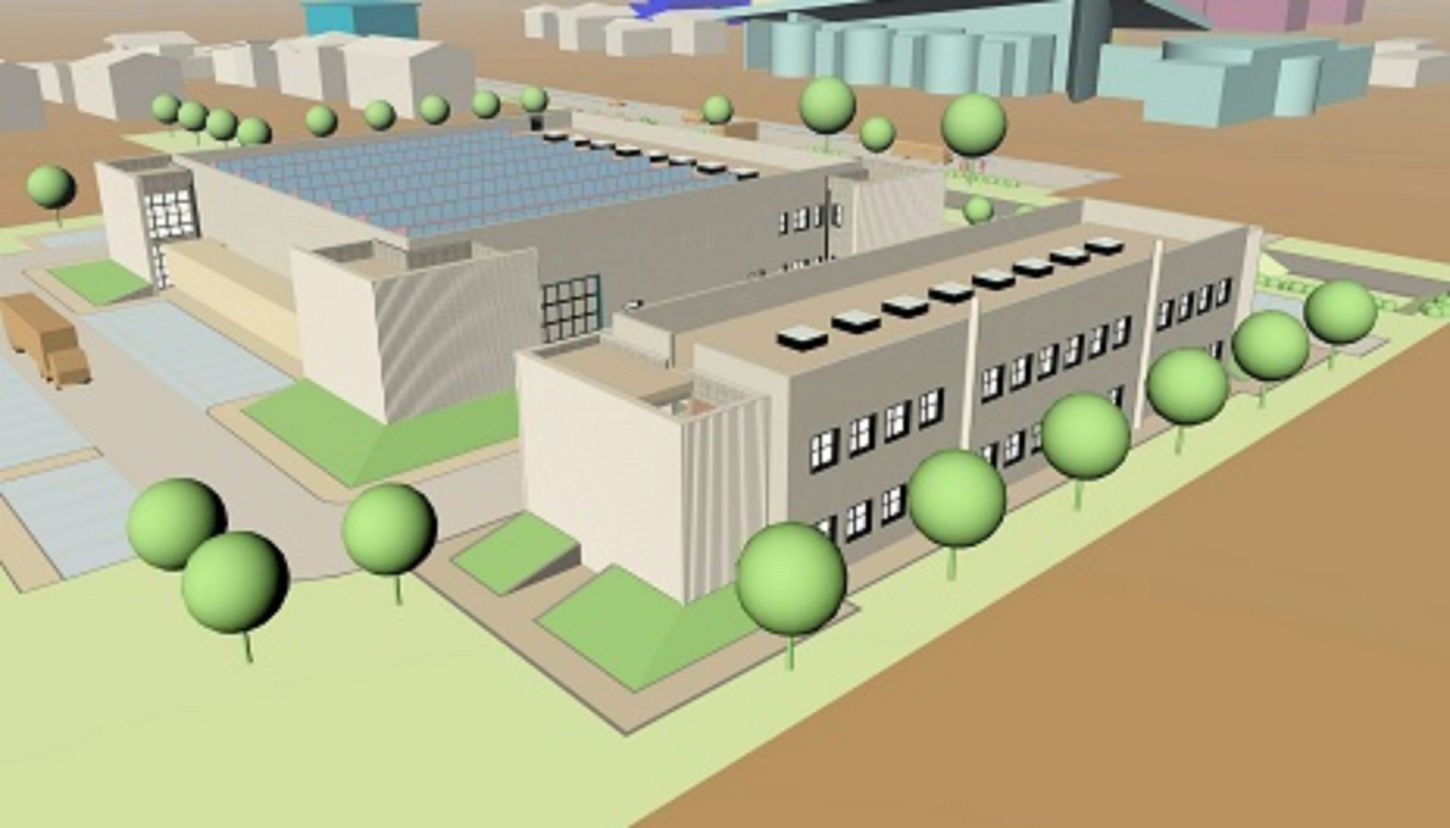 The biomedical district of Mirandola, at the very core of Emilia-Romagna region in Italy, is one of the main Italian industrial districts and one of the major area of medtech specialisation in Europe. In the district are also located companies in the mechanical engineering and electronic sectors, which are strongly collaborating with the biomedical industry. More than 5 thousand people works directly or indirectly for the medtech industry.

The district borned in 1962 from the idea of producing disposable biomedical articles. In 1965 the first Italian artificial kidney was produced, marking the start of the haemodialysis sector. In 1970 Swiss-based Sandoz was the first multinational company to enter the district thorough the acquisition of Dasco. Bellco, one of the historical companies of the district, was founded in 1972 and still today is a leader in the haemodialysis sector. Following years saw a rapid escalation of the number of companies located in the district. Multinational Baxter and Pfizer joined the district in 1985 and 1986, respectively. In 1990 the consortium Consobiomed brought together the smaller companies of the district; from 1999 the consortium is focusing more on foreign trade. In May 2012, just a month after its 50th anniversary, two earthquakes strongly hit the industrial areas of the biomedical district. Some companies had to move into provisionally new facilities; today the district is again fully operative and the new Tecnolopo represents just the last step of a long history of italian innovation capacity and industrial success.