3D printing technology is increasingly been used to print a wide set of medical devices, many of which are class III implantable devices. There is no specific guidance yet available for this kind of applications, nor the new Medical Devices Regulation will modify the current situation 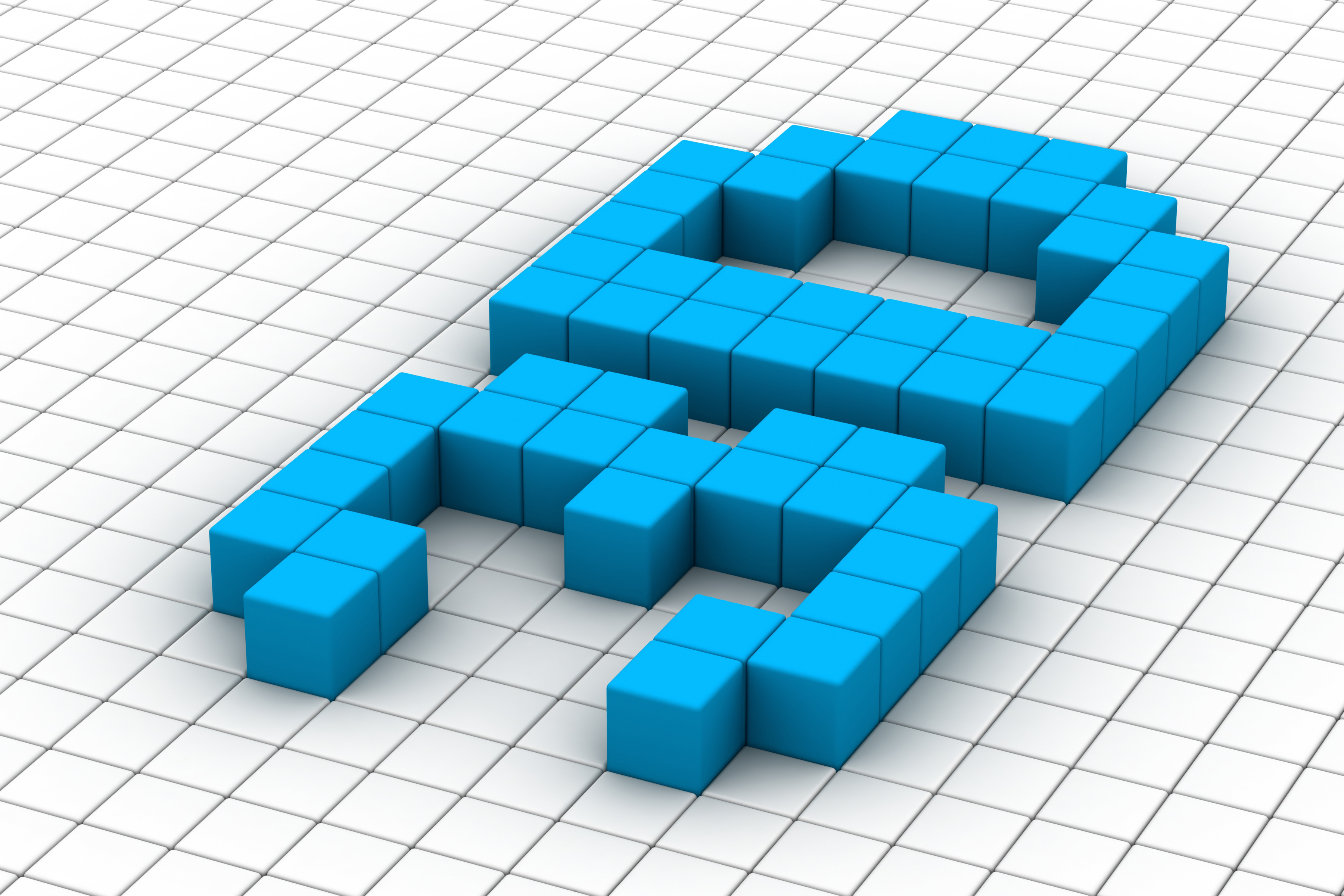 3D printing is becoming a widely used and useful method for the production of medical devices. Particularly, implantable prosthesis are devices where the new technology may offer many advantages with respect to traditional methods of casting manufacturing. Examples of 3D printed prosthesis for maxillofacial or orthopaedic surgery are no more spare cases in the scientific literature.

The manufacturing of implantable devices represents the most sophisticated application of 3D printing requiring high accuracy and quality of the product’s design and manufacturing. This last make use of biocompatible materials and should take place in highly controlled environment.

The design of implantable prosthesis is based on morphological features specific of each single patient: these category of devices are thus classified as Class III “custom-made” devices according to Directive 93/42/EEC .

“Custom-made device” means any device specifically made in accordance with a duly qualified medical practitioner’s written prescription which gives, under his responsibility, specific design characteristics and is intended for the sole use of a particular patient.

The abovementioned prescription may also be made out by any other person authorized by virtue of his professional qualifications to do so.

Mass-produced devices, which need to be adapted to meet the specific requirements of the medical practitioner or any other professional user, are not considered to be custom-made devices.

No specific guidance for 3D printing

Despite the high level of risk related to Class III custom-made implantable devices, there is currently no specific legislation available to regulate this highly innovative products both in Europe and in the U.S. «Their development is considered to be an R&D activity» explains Vincenza Ricciardi, Head of the Regulatory Affairs of Assobiomedica, the Italian Association of the Medtech Industry.

The new Medical Devices Regulation, which is currently under finalisation by the EU Commission and Parliament, born well before 3D printing has become a highly promising technology in the biomedical field. The draft Regulation, thus, does not take it into consideration. The reference rule for the manufacturing of implantable 3D printed devices still remains the authorization procedure for custom-made devices described in the Annex VIII of Directive 93/42/EEC. The custom-made device has to comply with minimal requirements listed in Annex I. Competent authorities of each Member State are responsible for the evaluation of the dossier, without the intervention of a notified body because custom-made devices are exempt from the inspection to check compliance of the manufacturing process. This particular category of products is also authorised for use without formally obtaining the CE mark and it has to be labelled and supplied together with instructions for use and a declaration of compliance issued by the manufacturer. «The definition of “custom-made” is used improperly, because this is a very special type of devices that require ad hoc approval. Patient data and disease specification have also to be provided to the authorities (even in the form of acronym or alphanumeric code, editor’s note), as well as name of the hospital and of the doctor in charged of the patient and who will use the device. The manufacturer has to declare the non-existence of similar products on the market, while the medical doctor has to assume the responsibility for its use. Treatment’s results must be monitored after use, and a report must be sent to the authorities describing progress made. If, for any reason, the device was not used it must be destroyed. Manufacturing should follow GMP rules for medical devices, and a risk analysis has to be run. The manufacturer has to keep all supporting documentation, as for standard products», says Vincenza Ricciardi.

The European Commission set up about a year ago a special interest group on 3D Printing, being part of New and emerging technologies initiative (NET) created to explore new technologies in the field of biomedical devices. The chairman of the 3D Printing special interest group is the industrial expert Roberto Liddi. «The real news is not the technology itself but its applications in the biomedical field – he tells Pharma World. – Since the birth of the current Directive, in 1993, many new technologies were used to manufacture medical devices. NET mission is to understand the dynamics undergoing the technological evolution of devices. At the beginning, the group was involved just with nanotechnology and in vitro diagnostics. About a year ago, 3D printing started to become a relevant technology; it was initially considered as part of the nanotechnology group, then the 3D Printing special interest group has been created».

The new Regulation should not substantially change the requirements for custom-made devices already set for by Directive 93/42. «The Commission did not considered custom-made devices because it didn’t see an opportunity or need to further regulate a situation considered to be under control. The problem is that any hospital can buy a printer and start producing custom-made devices without the controls which are mandatory for the industry – says Roberto Liddi. – For custom-made devices there is no need to provide clinical evidence, a standard request for industry: this should remain unchanged in the new Regulation and, from the regulatory point of view, it could lead to an uncontrolled market. The Directive does not state who are the notified body or the authority responsible for the examination of the technological dossier of a custom-made 3D printed device. Before 3D printing, the preparation of a cast for a single custom-made device was too expensive». The internal microstructure of devices obtained by casting can not be controlled, while 3D printing make use of nanomaterials and allows to obtain an highly defined structure that mimic the actual function of the bones.

In the United States, the Food and Drug Administration has taken a clear position on 3D printing, and has authorised some products under the 510 (k) procedure. If a company or a hospital builds more than five custom-made devices per year, the FDA will consider this production to be an industrial process and validation is thus needed. «It’s a good starting point – comments Liddi. – It restricts the use of 3D printing as an industrial process, with the need to create a technological file and to check the reproducibility of the process». Something that impacts on controls, which should then be run according to the ISO 13485 standard on validation of industrial processes used for the production of medical devices (Box: “The ISO 13485 standard”). «We start talking about good manufacturing practices, a standard that the biomedical industry always used but that the hospital does not know», adds the expert.

ISO 13485:2003 specifies requirements for a quality management system for the manufacturing of medical devices and related services that consistently meet customer and regulatory requirements.

The goal is to harmonize the medical device regulatory requirements for quality management systems. The standard excludes some of the requirements of ISO 9001 and introduce some other specific for medical devices. If regulatory requirements permit exclusions of design and development controls, this can be used as a justification for their exclusion from the quality management system. The manufacturer is responsible to ensure that claims of conformity with ISO 13485 reflect exclusion of design and development controls.

The first recognition at the political level, for the 3D Printing special interest group, came at the end of 2015; further talks are ongoing with the Dutch presidency. The new Regulation still leaves a door open as it refers to laws that have yet to be written to solve outstanding problems. «The NET Team and 3D Printing group hope that in the near future the problem of 3D printing would be taken into consideration during the creation of one of these laws», says the chairman of the group, which has already met experts of the Joint Research Center in Ispra, the technological arm supporting of the work of the EU Commission. «JRC’s experts were not aware of these issues from the regulatory point of view. We proposed to make aware the European Commission. The joint objective is to prepare a white paper where to expose issues concerning the manufacturing of 3D printed biomedical devices, no matter their classification. The white paper shall describe the current status and potential regulatory solutions: we will present it to the Commission along with the JRC, so that it would be available when the writing of the new parallel legislation to the main Directive will begin», tells the expert.

An insight on technology

The industrial process of 3D printing custom-made devices requires parameters different than standard systems, such as casting. A 3D printed implantable prosthesis, for example, is usually made of biomedical grade titanium-64 or other special metal alloys. The metal is printed in powder form, with physical-chemical and technological characteristics very different from those of the metal bars used for casting. «The tests which are currently required for implants, i.e. femurs or titanium knees, are specific for titanium bars: they are not adequate to verify the device manufactured starting from titanium powder. In addition to the regulatory gap, there is also a gap in the knowledge of the material», tells Liddi.

The same concept applies to any type of material, as for example a bioplastic or biomaterial, because the printing process completely changes the way in which the material is being created. Characteristics such as malleability or the forces exerted on the device are completely different. The materials used to print maxillofacial parts, for example, is subject to further changes after printing to give them specific physical features, such as malleability and hardness. There are at least 40-50 different parameters to be controlled and optimized, depending on the specific powder and printer used. The use of different types of powders on the same printing machine and with the same parameters would lead to completely different results. «Currently there are a dozen of commercial synthering laser machines, for example, and at least six different manufacturers of biomedical grade titanium-64. I let you think how many potential solutions there might be», adds the expert.

The final use of a 3D printed prosthesis requires also the synergistic action of different skills and expertise. The optimization of this interaction is another critical point to ensure the maximum reliability and safety of the product. The physical or digital prototype is obtained on the basis of tomography or nuclear magnetic resonance scans. The doctor in charged of the patient has to check it for modifications: a passage that might result critical if the doctor had direct access to 3D model files, as he may not have adequate technical and IT skills to ensure that the changes he made would preserve the safety of the device. The “digital” device obtained on the basis of diagnostic imaging files is then transformed by a second software into a file that can be read by the printer. «In this scenario there are already four different people: the surgeon is currently the focus of the whole process, as he is the only responsible, from the legislative point of view, for the design and installation of the device. The problem is that, despite having signed all the documents, it was certainly not the surgeon to manufacture it. In such a situation responsibilities are not fully understood», tells Liddi.

The white paper of the 3D Printing special interest group will also consider these issues. The availability of a new guideline describing the correct behaviours and data would make more reliable all the procedures for the 3D printing of implantable custom-made devices.

Vincenza Ricciardi, Head of the Regulatory Affairs of Assobiomedica